Judah Slendebroek won tickets after entering in the Next 100 Super Bowl contest organized by the NFL. 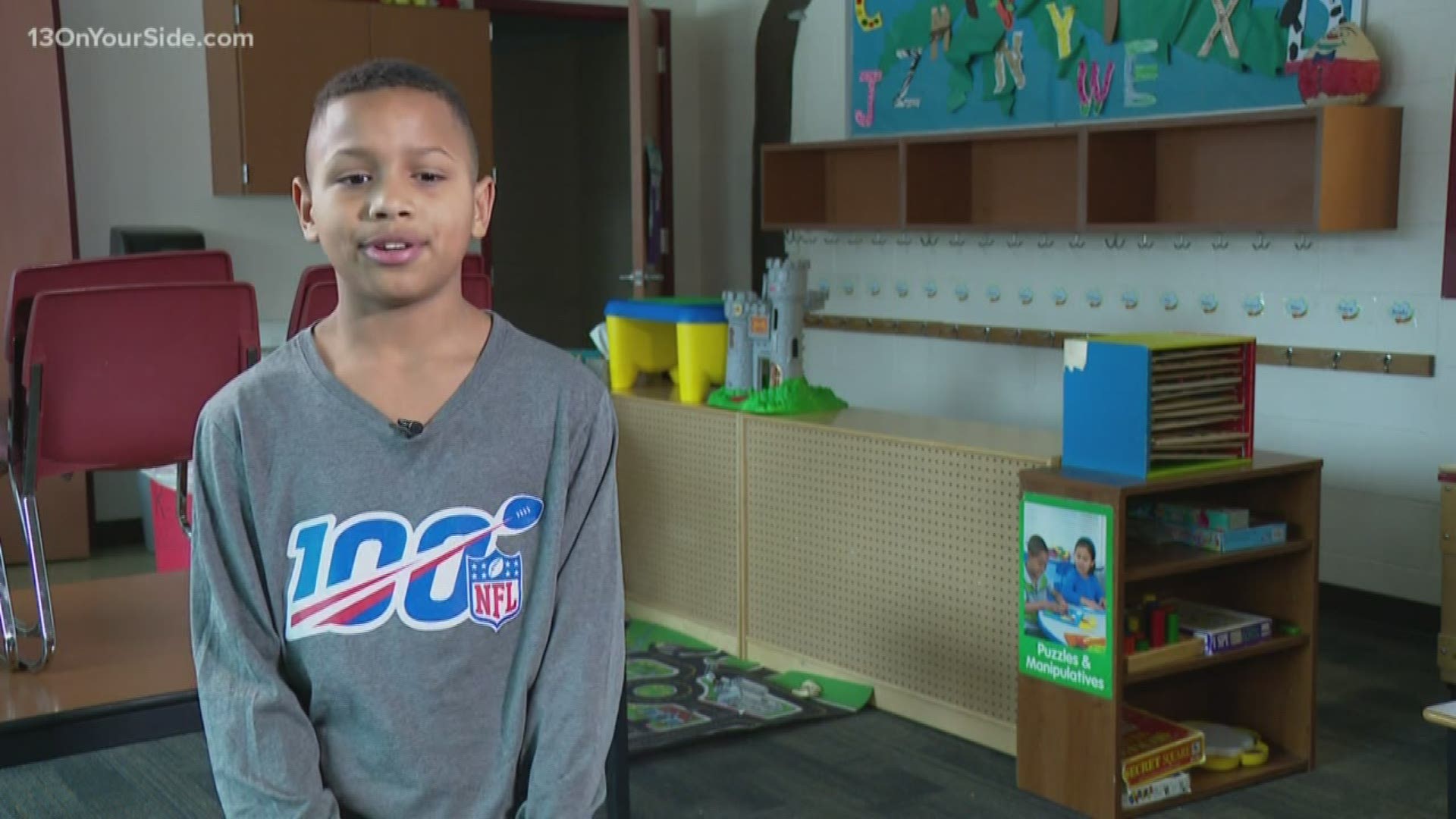 DETROIT — A Knapp Forest Elementary School student and his dad are going to the Super Bowl after they won tickets through the NFL's Next 100 Super Bowl Challenge.

Judah Slendebroek, 10, was surprised among his classmates by two Lions football players, Jamal Agnew and Matt Prater, who presented him with the tickets on Monday, Jan. 27.

"Your highlight reel was incredible. Your speed swag, everything you showed us on the field blew us away," said Matt Prater, placekicker for the Lions.

Players from the 32 teams in the NLF awarded 32 lucky football-playing children ages 9 to 12 with two tickets to the 54th Super Bowl in Miami against the San Fransisco 49ers and the Kansas City Chiefs on Sunday, Jan. 2.

Slendebroek won out of all of the Michigan kids who entered. When the two Lions players told him, he said, "really, what!?"

"I'm really excited because I've never been to the Super Bowl, and it's been like my dream to go for my whole life. And now I get to go and meet a whole bunch of players," Slendebroek said.

The Next 100 Super Bowl contest is organized by the NFL to celebrate its 100 year anniversary. It piggybacks off of the Tickets for 100 Years contest, which awards a pair of NFL fans with season tickets to their team of choice for the next century.

The contest for children is an "open casting call for the next generation of superstars," according to the Lion's Facebook post.

"...this gives incredible young players the opportunity to be a part of history [by] creating a moment for youth football to be featured on the world's biggest stage," the Lions said in their post.

Along with the chance to win tickets, the kids who entered also have a chance to appear in an iconic Super Bowl commercial.