While Ryan Kelley's presence was celebrated on one side of the park, it was a topic of criticism on the other. 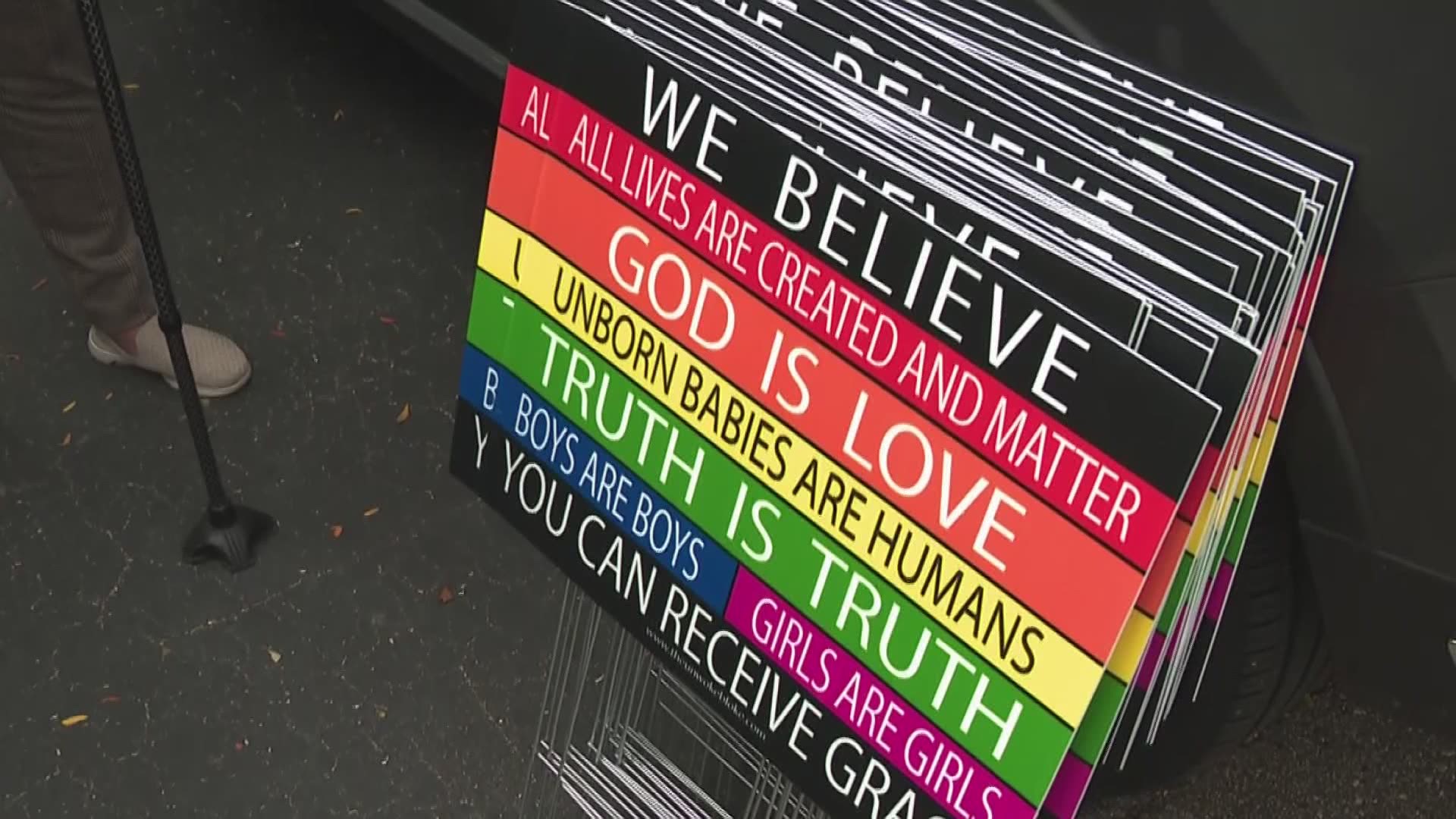 One was a group supporting the Nationwide Freedom March, sponsored by the American Patriot Council. They came to march in support of President Donald Trump and against government overhaul, according to some attendees.

The other group was Justice for Black Lives, an organization born out of the protests surrounding George Floyd's murder this past summer. They came to counter the narrative they believed the Nationwide Freedom March was presenting.

At 3 p.m., both groups gathered on their sides of the park. Those with the American Patriot Council came baring Trump flags, American Flags and Thin Blue Line flags. Those with Justice for Black Lives showed up with Pride flags and Black Lives Matter flags.

Attendees arrive for the Justice for Black Lives event:

Both groups were passionate but stayed peaceful and calm throughout the evening.

The Nationwide Freedom March happened across the state and country Saturday. According to the American Patriot Council's website, the organization's goal is to "Restore and sustain a constitutional government in the United States of America."

Allendale Planning Commissioner Ryan Kelley is a part of the Council's chapter in Allandale. At the Freedom March event, Kelley made a speech and also marched alongside other attendees.

While his presence was celebrated on one side of the park, it was a topic of criticism on the other. At the Justice for Black Lives counter protest, Kelley was a large topic of conversation. That's because some Allendale residents allege Kelley had a hand in the plot to kidnap Gov. Gretchen Whitmer.

The two sides emphasized the same points: faith, government, and the right to freedom of speech.

A baseball field separated the events, but you could clearly hear the chants of both crowds on each sides of the park.