The family from Fremont feels a connection to the rural community after making friends with residents. 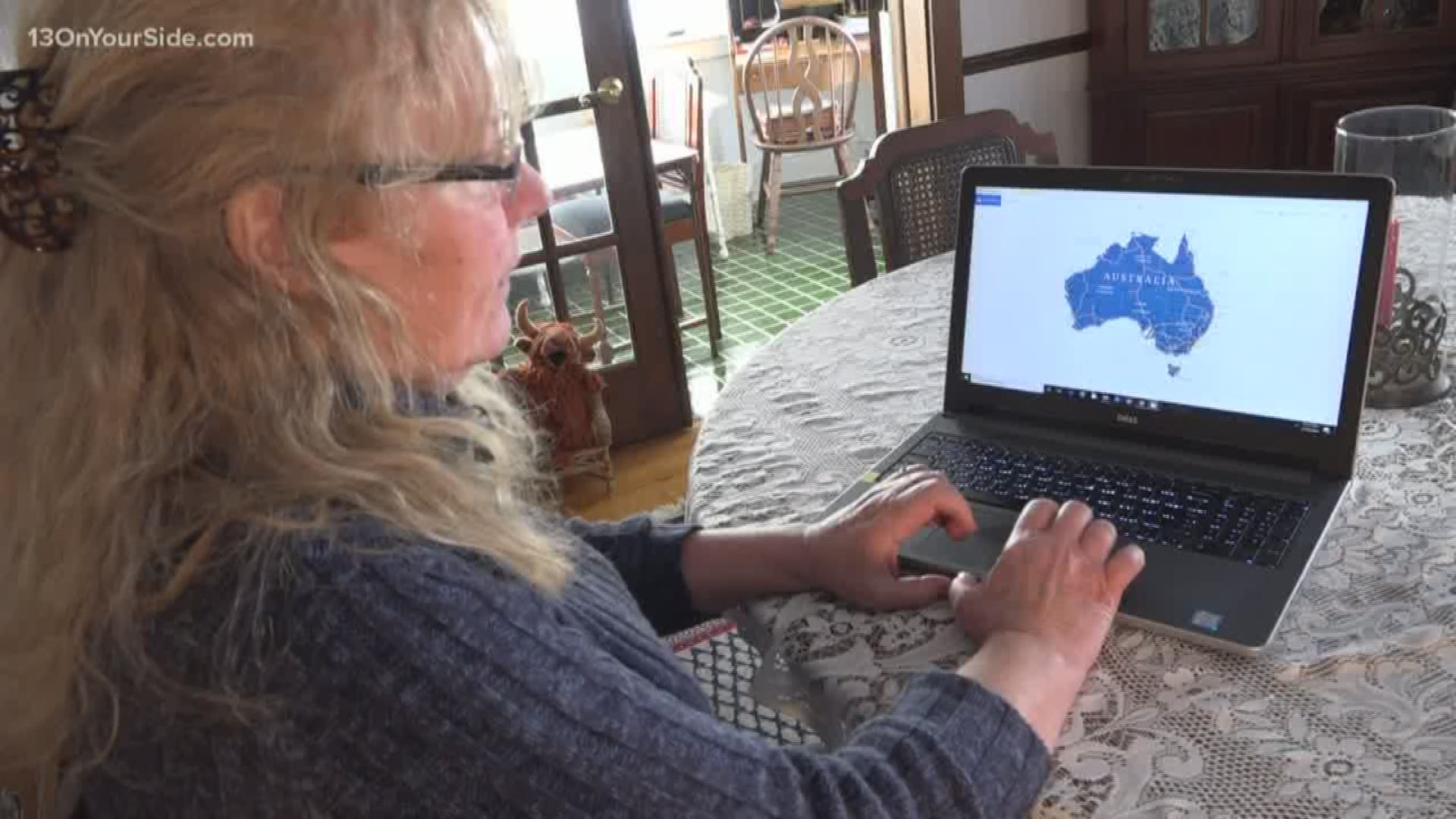 FREMONT, Mich. — A West Michigan family has made it their mission to help a family on the other side of the world.

Kathy and John Morrison's son, Max, went to college in Australia. Max Morrison's friend and roommate, Rylan Edmistone, grew up in the rural community of Budgong. He now lives there once again. The families remained close, and Edmistone even came to stay with the Morrisons in Michigan for a while.

When the wildfires began destroying Australia, Kathy Morrison watched the news from Michigan, and feared the worst.

“All during the Christmas holiday, we were watching the fire maps," said Kathy Morrison. “I think I checked them a dozen times a day.”

On Jan. 4, the wildfire hit Budgong.

RELATED: How to help the victims, firefighters of the Australian bushfires

Kathy Morrison knew she needed to help. She searched for charities where she could donate, but her search didn’t find anything that would go directly to Budgong. So, she decided to set up a fund to go to Edmistone, and he would distribute it around town.

“Then on a whim, I thought I’ll put it on my Facebook page," said Kathy Morrison. “I thought I can’t be the only one who wants to do the right thing.”

Kathy Morrison was right. Her small, generous effort turned into something big.

“And immediately, I think I posted it on a Thursday,” said Kathy Morrison. “And by Thursday night, we had a couple of hundred dollars already. People, complete strangers around the county sent money to me.”

In just three weeks, Kathy raised $5,000 to send to Budgong.

That money went to a few different places. It went to the Budgong Community Council, and distributed to families who lost their homes for immediate needs, like clothes. It went to Wisdom Wombats and Kangaroo Valley, local animal rescue centers, and funded food pellets and garland for wildlife. It also went to the Illaroo Farm, an Aboriginal Australian center preserving the Yum Wati-Wati Aboriginal culture.

“I know it’s meaningful to them to have the sense there are people on the other side of the world concerned about them," said Kathy Morrison.

Max Morrison is planning a trip to Budgong in a couple of weeks, and will update the community on the donations reached.

Kathy Morrison says if anyone wishes to donate, message their family business on Facebook, Morrison Orchards.

More Stories on 13 ON YOUR SIDE: