'I was speechless': Youngest person with ALS surprised with concert tickets

Kennedy Arney had a special bond with the GRPD 2016 Officer of the Year, who died from ALS. 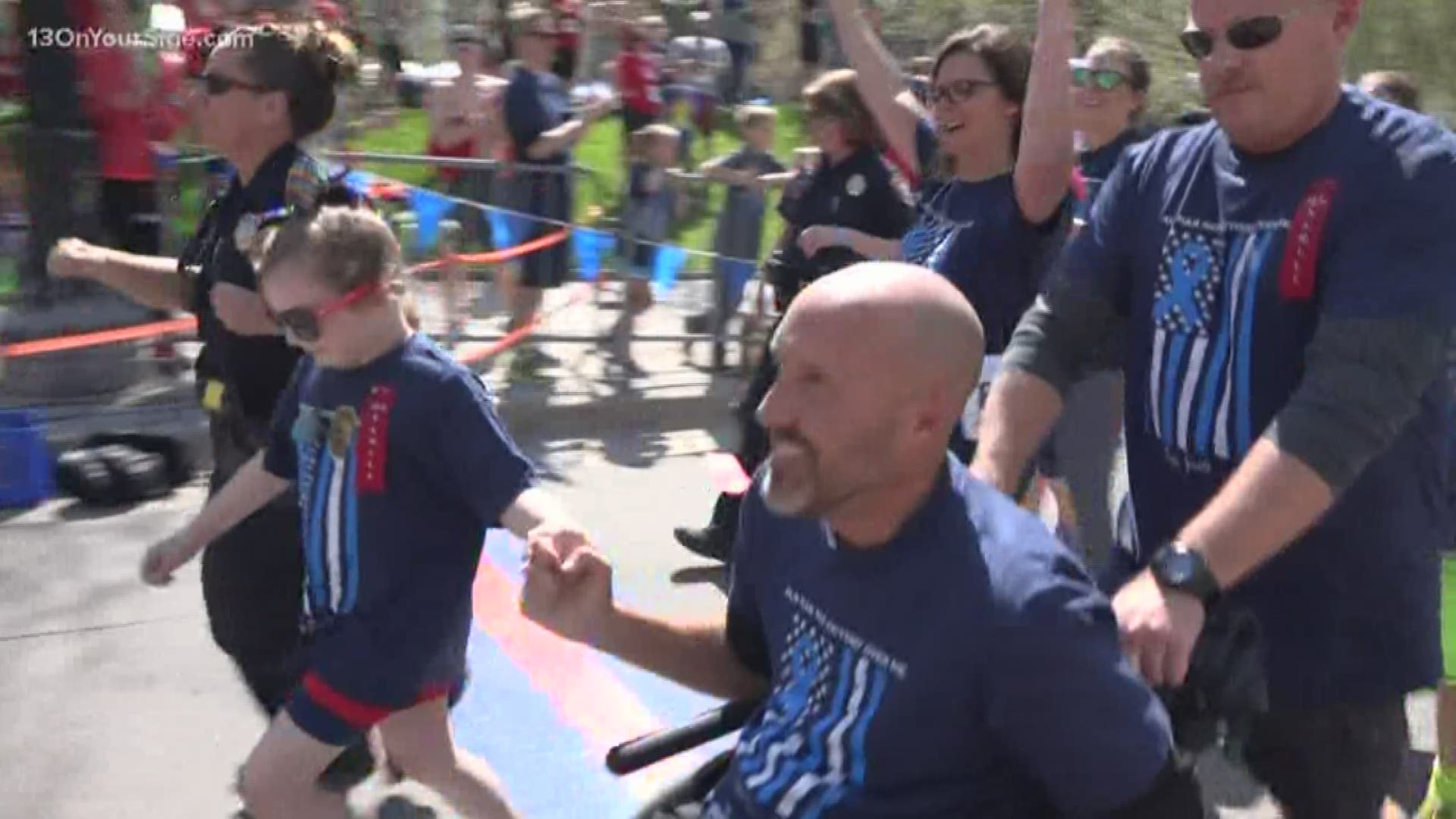 ADA, Mich. — A year ago, eight-year-old Kennedy Arney was diagnosed with juvenile ALS. Just seven at the time, she became the youngest person diagnosed with the illness in the United States.

"It was actually a mutation in my DNA, because there's no family history in my family with ALS," she explained.

Within her first year of being diagnosed, Arney was introduced to another ALS patient, GRPD's 2016 Officer of the Year, Scott Bylsma. Her family contacted Bylsma's wife, Sharon, asking to be a part of Team Scott during an ALS 5k run. Arney had a dream of being a police officer, which her family says still rings true today, and as the two took on the course hand-in-hand, a strong friendship began.

"Her parents had brought a stroller type thing in case she got tired, she could take a break, and Kennedy didn’t take a break. Kennedy stayed by Scott the whole time," Sharon said.

While the two enjoyed months of back and forth messaging and family discussions, Bylsma ultimately lost his fight with ALS in April 2019.

RELATED: 8-year-old with juvenile ALS becomes an 'Officer For A Day' in Grand Rapids

Saturday as Arney and her parents attended the Susan Mast ALS Foundation bike and run in Ada, they were reminded of Bylsma during a time of recognition after the race.

Arney was also recognized and was gifted free tickets to see her favorite artist, Avril Lavigne perform at her upcoming Detroit concert.

"I was speechless," Arney said.

While Arney and her family say they are still saddened by Bylsma's passing, they say the family friendship lives on through his wife Sharon, who was there to support the cause today.

"Families with diseases, no matter what they are, cancer, ALS, we all kind of tend to find each other and band together and support one another," Michael Arney, Kennedy's father, said.