DVAM is a time for the community to work toward a culture that supports victims and holds assailants accountable. 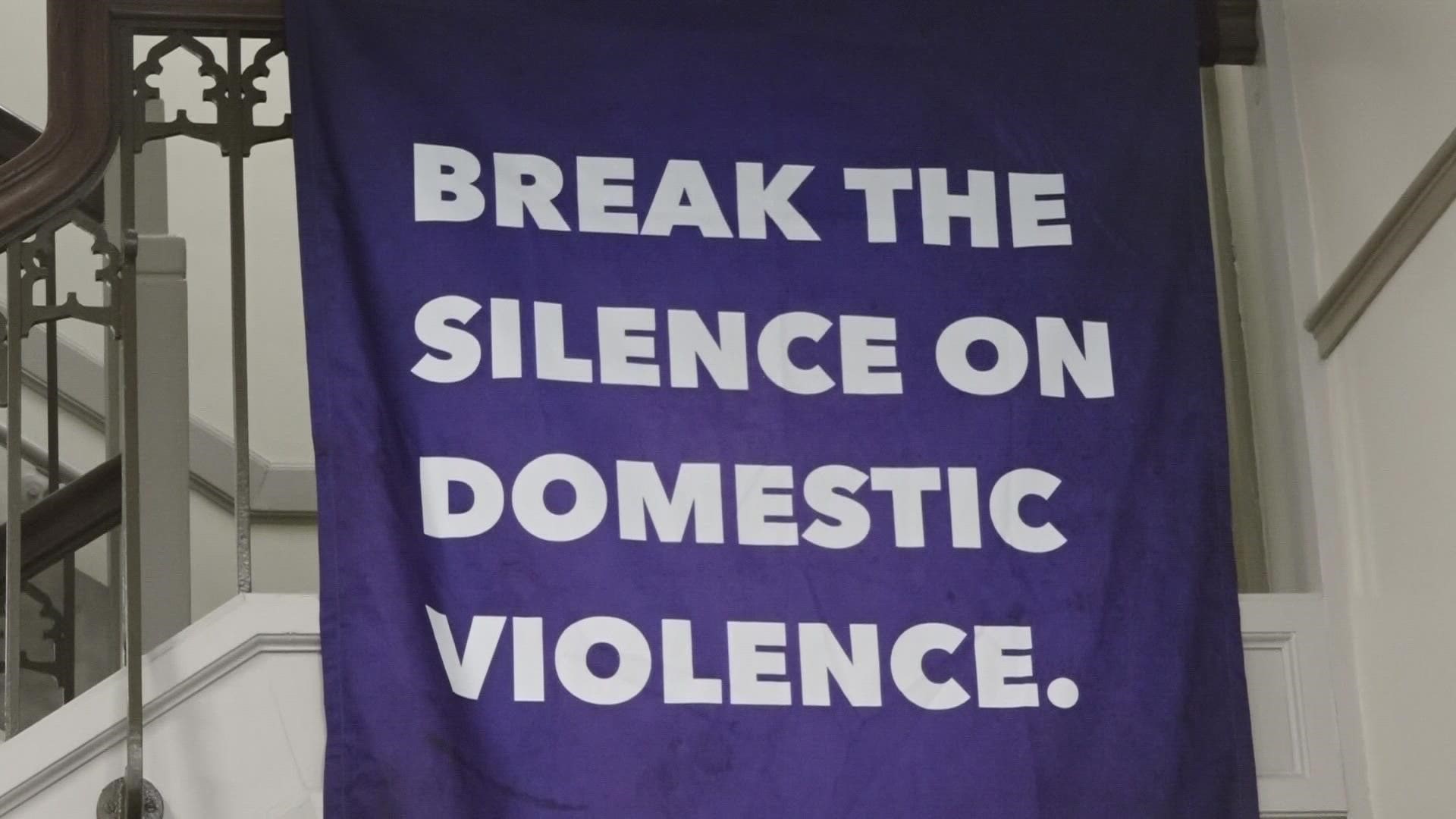 GRAND RAPIDS, Mich. — The month of October is dedicated to raising awareness about domestic violence survivors and honoring those who've been victimized, those who remain trapped in an abusive relationship, and those whose lives were taken by their abusers.

This is the first year the YWCA West Central Michigan is 'Painting the Town Purple' to let survivors of domestic violence know they're not alone.

The effort encourages people to raise awareness for domestic violence through their store fronts, signs, literature, purple ribbons and lightbulbs; shining a light so survivors know the community cares.

Purple is the official color of the movement and it symbolizes courage, dignity, strength and transformation.

"There's a need for outreach and support for survivors across all factors, demographics and sectors of society," said Charisse Mitchell, CEO of YWCA West Central Michigan.

According to the YWCA, one in 4 women and one in seven men has suffered severe physical violence by an intimate partner.

There are ways to prevent domestic violence. According to Mitchell, it starts with awareness and building examples of healthy relationships for our children.

"How do we disrupt the attitudes, the behaviors, the social norms that make violence okay and make it permissible?" Mitchell said. "By interrupting misogynic language and behaviors. Creating spaces where tolerance and inclusion are incredibly important and supportive."

Elk Brewing is one of multiple businesses creating awareness this October with the YWCA. Part of the proceeds of one of their beers will go towards the cause.

"Our mindset was just women supporting women. Just support for women in general," said Sydney Cannarozzi, the Head Brewer. "It has basically been our focus this year. Trying to find a way for everything we do to have a nice, positive purpose."

The Kent County Sheriff's Office reported a 35% increase in domestic violence calls at the beginning of the pandemic. Calls to the YWCA's own 24-hour helpline doubled.

"When we get to a point where we can own our collective responsibility for safety for everyone then we have a fighting chance for bringing those numbers down and eliminating domestic violence entirely," said Mitchell.