Conservation officers believe the albino deer was shot by a crossbow, likely from the road, between the hours of 5 and 7 a.m. Sunday. 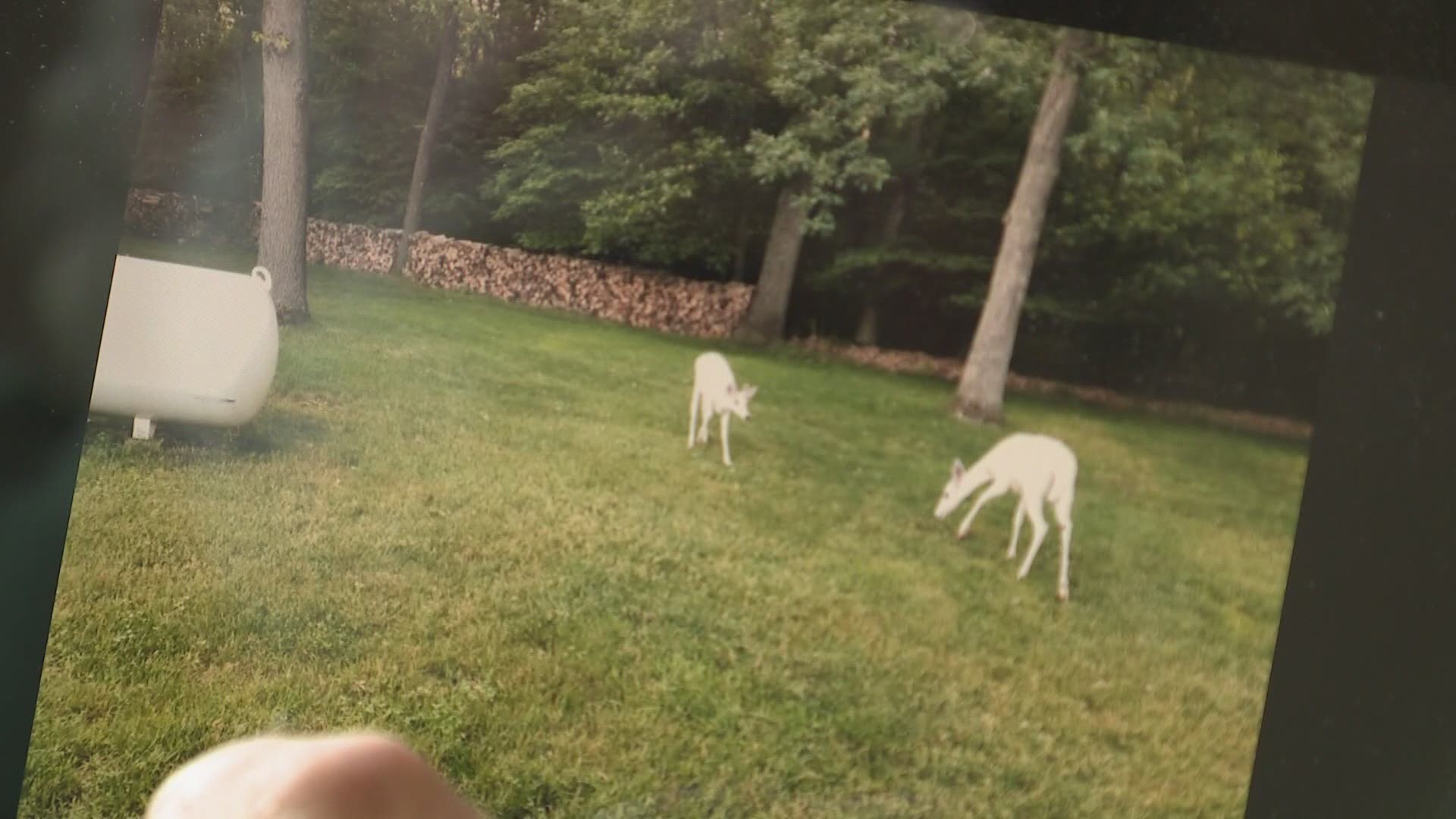 LAKE COUNTY, Mich. — Conservation officers with the Michigan Department of Natural Resources are asking the public for information about the death of a well-known albino deer in Lake County.

According to a Facebook post by the Michigan DNR, the deer was found dead Sunday. Conservation officers said the deer was shot by a crossbow, likely from the road, between the hours of 5 and 7 a.m. Sunday. The deer was found laying in someone's yard along North Bass Lake Road.

"It's sad, somebody has killed these deer," said John Fairbanks who lives in Elk Township and has been watching a family of albino deer for the last 15-years.

"Somebody has been shooting these deer with a crossbow," said Fairbanks. According to Fairbanks there was once as many as eight albino deer in the community. He's photographed three albino deer in his backyard at the same time. But the sightings recently stopped. And with the discovery of the dead albino deer Sunday Fairbanks believes others have also been illegally shot and killed. "This whole corner nothing but deer and they're all gone and that's upsetting," he said. "We're not going to see a one, I would have seen them by now."

Anyone with information regarding the incident is asked to call or text the DNR Report All Poaching Hotline at 1-800-292-7800. Tipsters may qualify for a cash award.