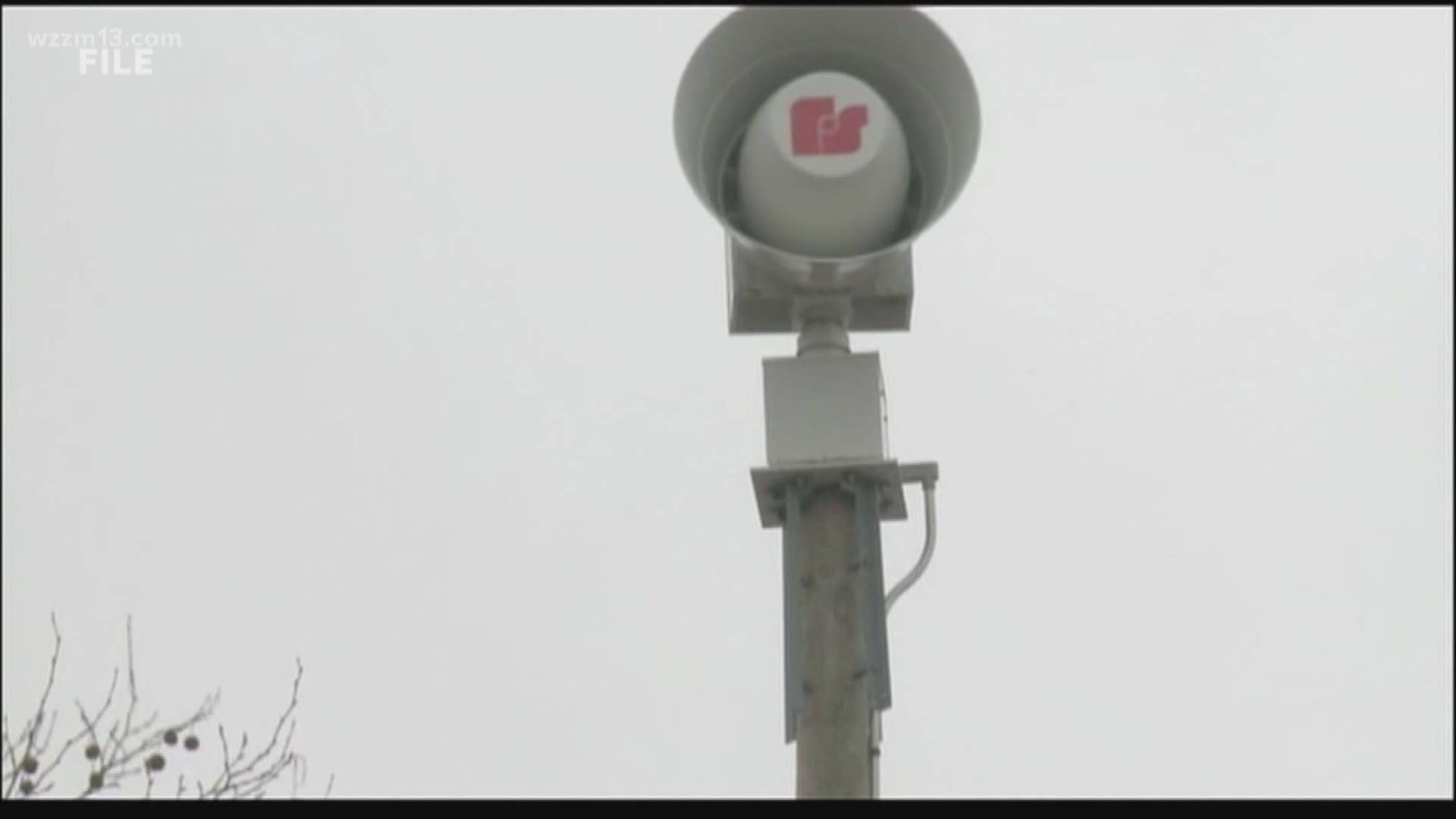 KENT COUNTY, Mich. — The Kent County Emergency Management, along with the National Weather Service, are warning West Michigan residents about a substantial weather event, being called a 'bomb cyclone' set to hit the area on Sunday.

According to the National Weather Service, the storm could bring wind gusts up to 60 mph. Warning sirens throughout Kent County will be on stand-by. The sirens, not to be mistaken as tornado sirens, will sound if sustained winds reach 70 mph or greater.

Power outages are expected to occur, and Consumers Energy has enlisted 360 additional workers from Kentucky and Oklahoma to help with restoration.

“We encourage folks to have several days worth of nonperishable food, water, their prescriptions, medications that they need," Terry Dedoes, Consumer Energy’s spokesperson said. "In addition, we're suggesting folks get their cell phones and other electronics charged, so that they're ready to go and keep flashlights, radio that's battery operated, as well as plenty of batteries for those flashlights and the radio.”

RELATED: Stormy weather: How to prepare for upcoming winds

Downed wires and fallen trees are also to be expected. Consumers Energy and the East Grand Rapids Department of Public Safety are asking people to call 911 if they see a downed wire. However, people are encouraged to stay 25 feet away from any fallen equipment.

Dedoes says that unlike the other winter weather events this year, the primary danger of the bomb cyclone is wind. He said compared to the ice and snow storms, power outages may see a quicker recovery.

“It should be a little easier to deal with, because we won’t have the same issues with getting to the job sites. We won’t have ice falling around the crews while they’re working.”

Regardless of the severity, Dedoes says the Consumers Energy crews will continue working until power is restored.

“If this storm hits, we’ll be out there ahead of it, during the storm and we’ll keep working until every customer has its lights on.”