A Comstock Park man who spent more than nine years in prison for raping a school-aged boy over a two-year span has been acquitted of the charges in a second trial ordered by the Michigan Supreme Court. 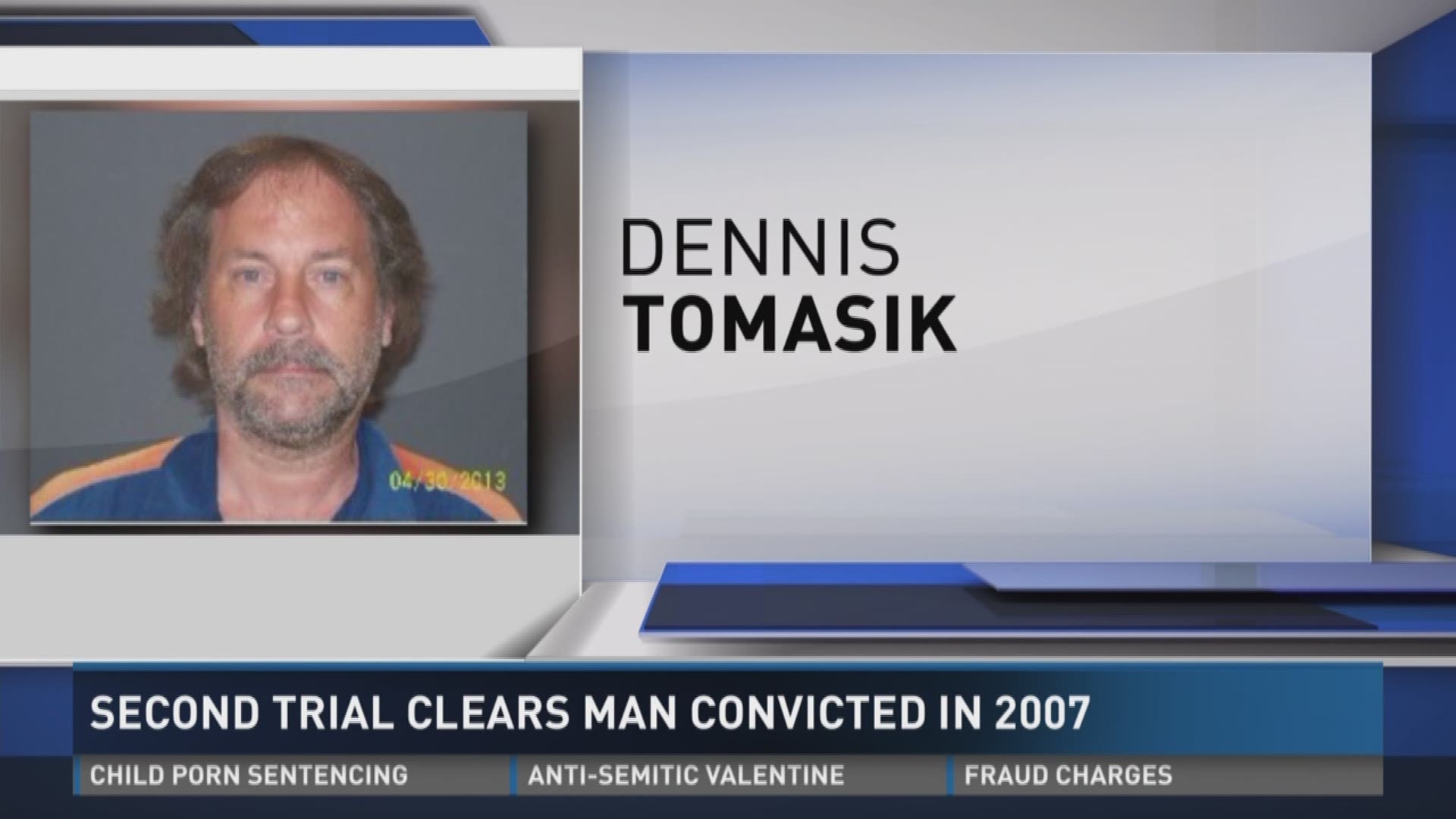 A Comstock Park man who spent more than nine years in prison for raping a school-aged boy over a two-year span has been acquitted of the charges in a second trial ordered by the Michigan Supreme Court.

Dennis Lee Tomasik, now 53, was found not guilty of two counts of first-degree criminal sexual conduct involving a person under the age of 13.

At the first trial, Kent County jurors heard a police interrogation in which Tomasik denied molesting the boy. Jurors didn't buy it; they found him guilty following a trial that lasted more than a week. The Supreme Court now says that interview never should have been played to the jury.

Kent County Circuit Court Judge Donald A. Johnston in June, 2007 sentenced Tomasik to between 12 and 50 years in prison. Since then, the case has been the subject of numerous appeals that eventually reached the Michigan Supreme Court.

Justices in Dec. 2015 sent the case back to Kent County for a new trial. Justices said the interrogation between Tomasik and detectives “was not admissible evidence’’ and should not have been played to jurors.

It based that decision on a 2013 ruling it made involving another sexual assault case in which Kent County detectives made statements regarding the defendant’s truthfulness, as well as that of child-victims in general. The recording, which was played for a jury, can be viewed as prejudicial, the Supreme Court said.

“Essentially what it did, it tightened up police interrogations and what could be introduced in court,’’ said Nunzio, who represented Tomasik in the 2007 trial. “I think part of that interrogation led to the conviction the first time around.

“Certain things were admitted that shouldn’t have been admitted,’’ Nunzio said. “And by virtue of that, it really set a clear and easy path for an acquittal the second time around.’’

That is what happened this week. Jurors deliberated 25 minutes before finding Tomasik not guilty on two counts of criminal sexual conduct. Several people who testified at the original trial were back in court again, including the alleged victim, who is now 26 years old.

Testimony this time round was different; prosecutors could not use the recorded interrogation that was played in the first trial.

Tomasik’s legal team also called into question the veracity of the alleged victim, saying he had emotional issues before the alleged assaults occurred between June, 1996 and December, 1998.

“Mr. Tomasik is being falsely accused of assaults by a troubled young man,’’ Lansing attorney Mary Chartier-Mittendorf wrote in documents requesting his school and counseling records.

Tomasik, who still has family living in Comstock Park, could not be reached for comment.

Allegations of abuse came to light in Feb. 2006 when the boy, now in his teens, disclosed that Tomasik forced him to perform oral sex 50 to 60 times. He told investigators Tomasik raped him between 10 and 20 times, court records show.

He said it happened at Tomasik’s home in a neighborhood off of Six Mile Road NW east of Alpine Avenue, court records show. The boy lived in the neighborhood and was friends with Tomasik’s son, according to earlier testimony.

He told police Tomasik threatened to kill him and his family if he told anyone about what happened, court records show. During an earlier court hearing, the boy said he stopped going to Tomasik’s house because he was “fed up and scared.’’

“I was just too scared to tell anybody,’’ he testified at a 2006 hearing after charges were filed.

A district court judge cleared the courtroom when the boy, holding a Batman doll, testified at a preliminary hearing more than a decade ago.

“Ever since I was a little kid, I felt like Batman because I have my own deep, dark secrets,’’ he told the court.