Police say 15 people were being held Sunday, June 2 in the county jail on felony charges of animal fighting. 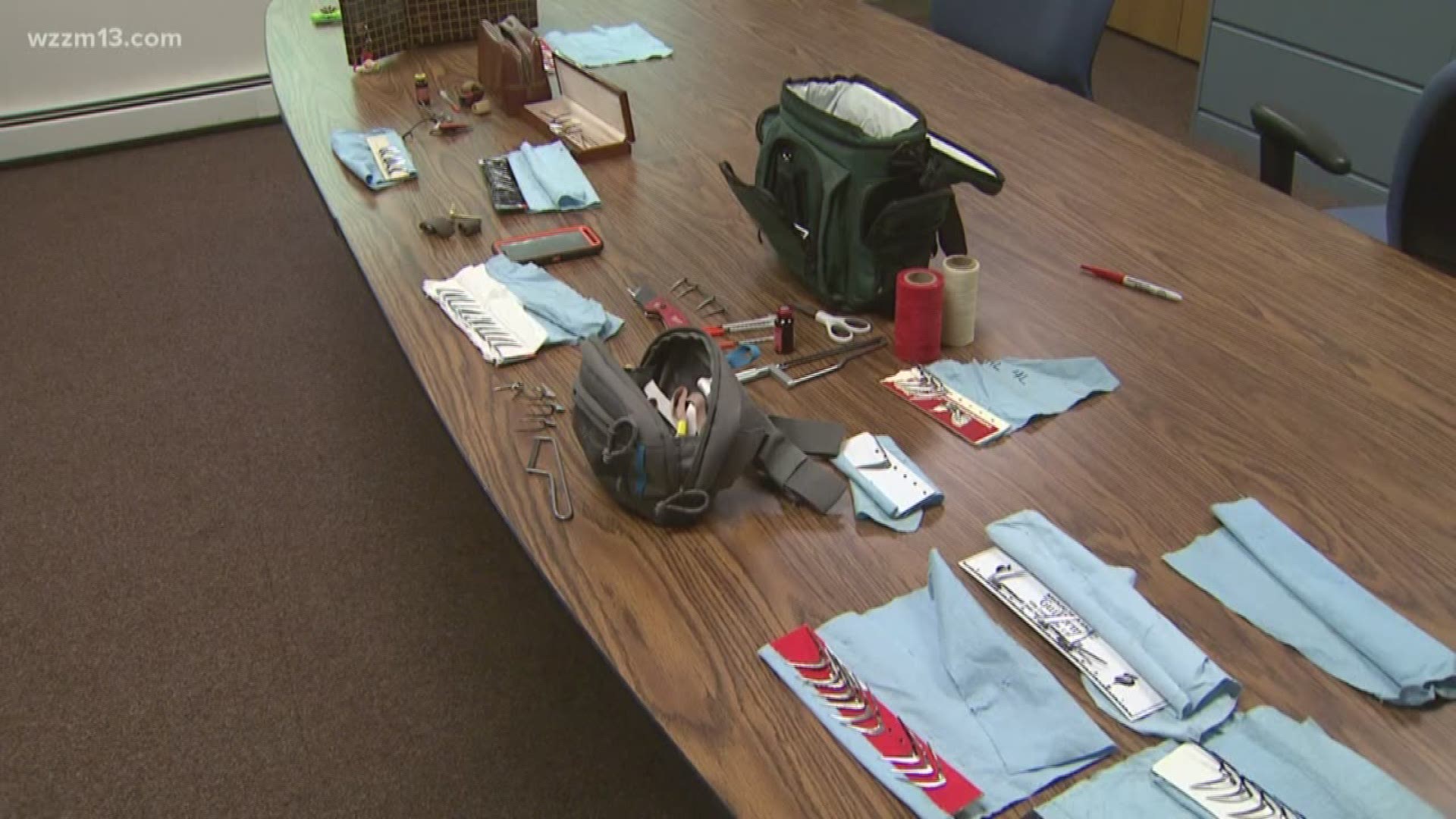 HART TOWNSHIP, Mich. - More than a dozen people have been arrested and 35 live roosters found after police broke up a cock-fighting ring in western Michigan's Oceana County.

State police say Sunday that the bodies of 10 roosters also were found in a large pit during Saturday's raid in Hart Township, about 60 miles northwest of Grand Rapids.

The live roosters were in pens or were fighting in the surrounding wooded area. Authorities say around 30 men were participating in the illegal fighting and gambling operation.

State police were called to the area on trespassing complaints. When the men were discovered, a number of them fled into the woods and had to be chased down by police. A police tracking dog located six people who were trying to hide.

"There was a fighting pit, and cages with live roosters," Sgt. Richard Capling of the Michigan State Police Hart Post said. Police recovered ten dead roosters, with injuries caused by the sharp blades bird owners attach to the legs of their roosters.

"The leather straps here are attached to the legs of the roosters, along with the spurs that go in it," Sgt. Capling explained. "Then when the roosters fight and go after each other they dagger each other and then they injure each other until one dies."

Police also recovered the drugs that bird owners shoot into the roosters to make them even more aggressive.

Police say 15 people were being held Sunday, June 2 in the county jail on felony charges of animal fighting. Oceana County Prosecutor Joseph Bizon says he's heard stories that cockfighting happen in the county, but this the first time he's been presented with a request for charges.

Bizon authorized 15 charges for attending an illegal animal fight, which is a four-year felony. One man is also being charged with possession of a fighting bird.

MSP make more than one-dozen arrests at rooster fighting event in Oceana County. Police confiscate blades that attach to the legs of the birds. And drugs used to make the birds more aggressive. This story in the news at five. @wzzm13 pic.twitter.com/K1G79vIKaP