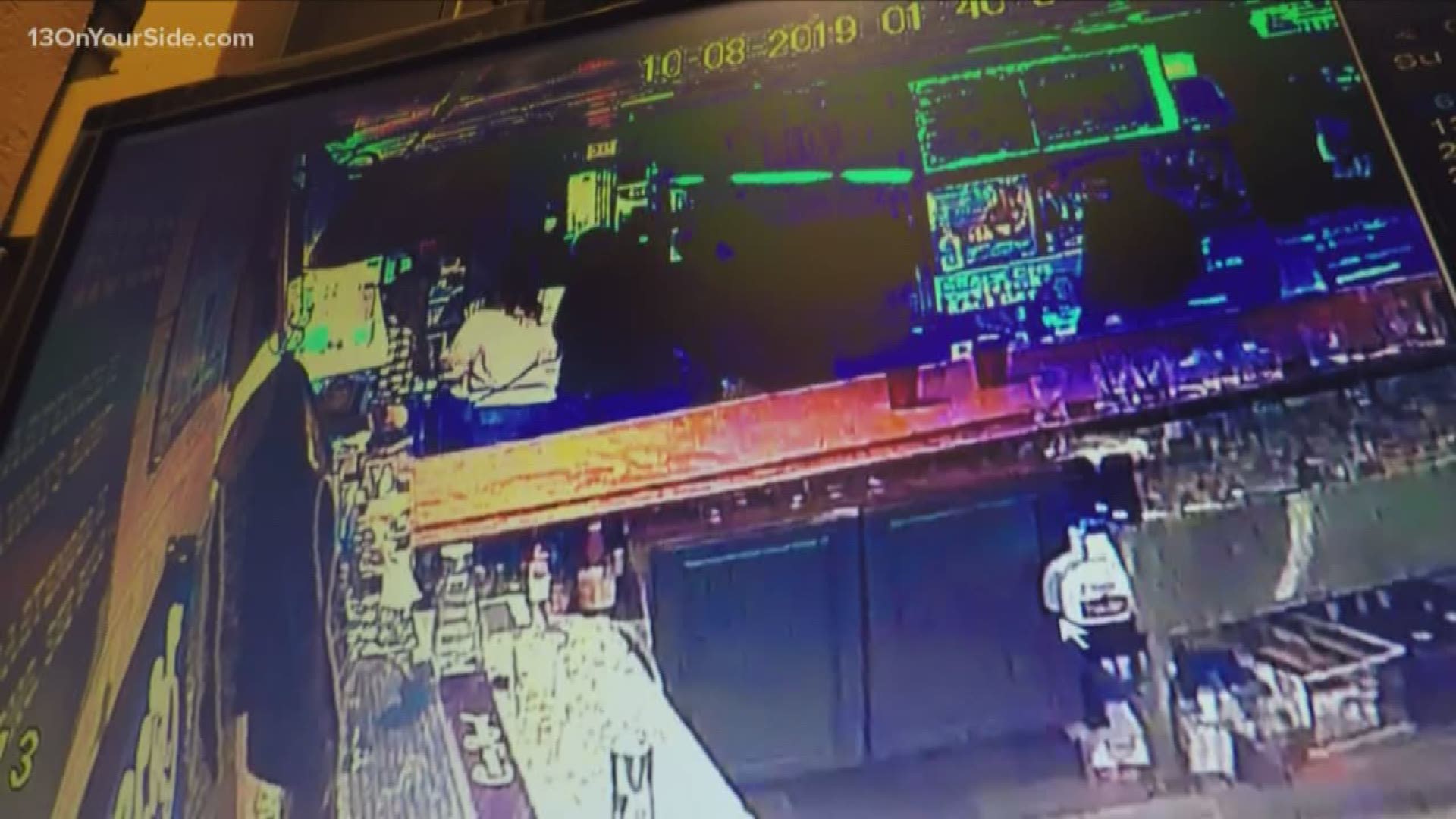 The Grand Rapids Police Department (GRPD) responded to a fight at The Web Bar around 1:30 a.m.

Bryan Miller and Payton Warner were arguing with a bar employee and were asked to leave, but refused, according to the GRPD Public Information Officer John Wittkowski.

Bar owner Andrew Owen said the men were not served any drinks because they were already intoxicated when they arrived.

"It got out of hand from there when they would not leave," Owen said. "One started swinging on people. I got hit in the nose and chipped a tooth. That’s when everybody got involved and started pushing them out the door."

The GRPD was called to the bar after the argument turned physical, and the two off-duty officers were arrested and charged with battery for physically assaulting an employee and another person who was helping to get the fight under control.

"There were at least three people that got hit in the face from them," Owen said.

"[They] certainly had some alcohol in their systems, and is probably why [the fight] happened," Wittkowski said.

Both officers were lodged at the Kent County Jail Tuesday night, but they were not held, according to Wittkowski.

According to the Bath Township Police Department Facebook page, both officers are on administrative leave pending the outcome of an investigation.

"They should know better," Owen said. "It was just ridiculous for them to be trained people and get to that state."