The guns were stolen out of gun safes located inside a gun room in a residential pole barn. 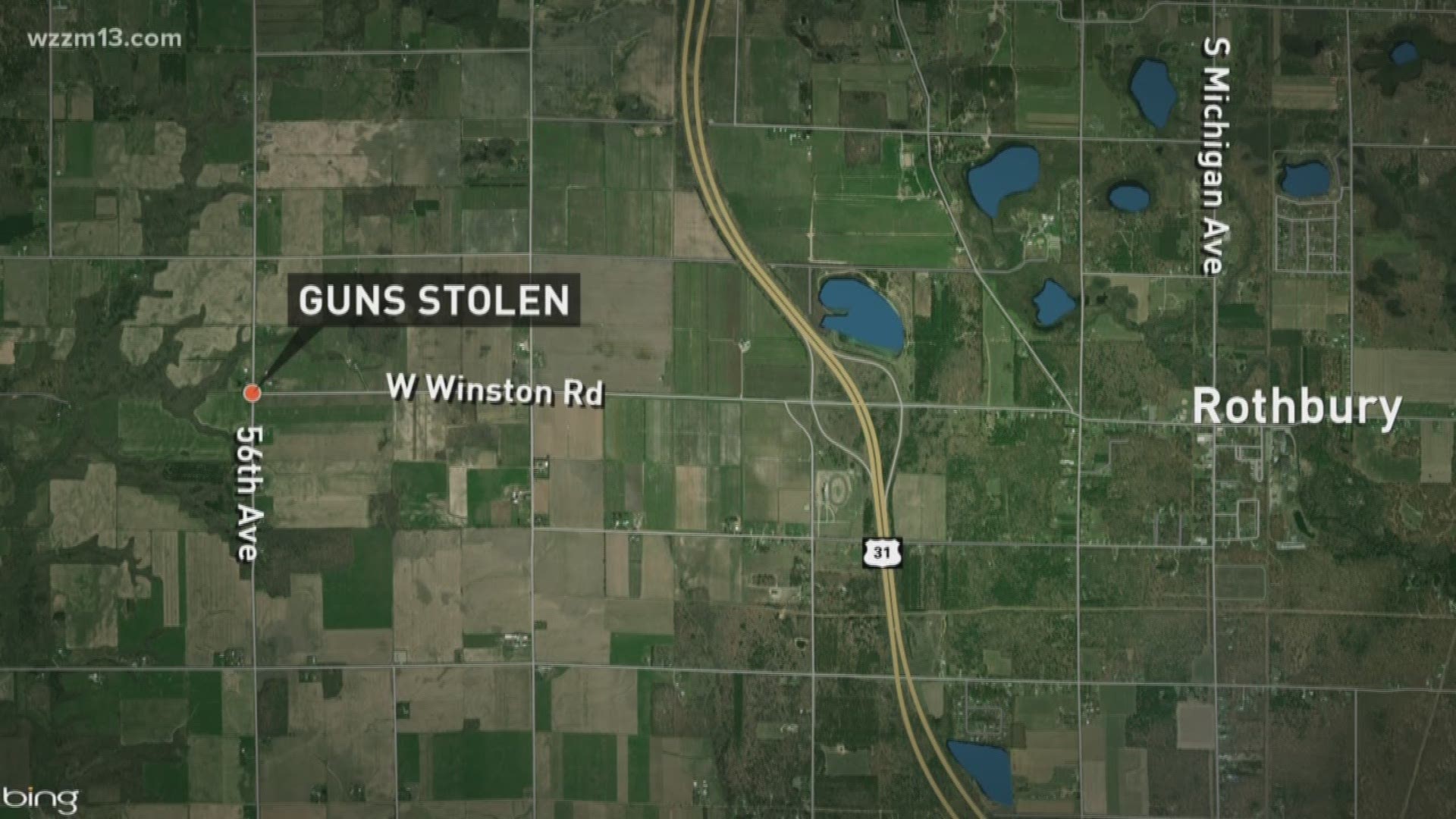 The guns were stolen out of gun safes located inside a gun room in a residential pole barn on S. 56th Avenue near Winston Road.

The guns are valued at $13,000, according to Oceana County Sheriff Craig Mast. The owner of the guns is a collector and had some high value guns, including several pistols, the Oceana County Press reported.

The Sheriff's Office is asking for the public's help in identifying the suspect(s). If anyone has seen a suspicious vehicle in that area, or has any other information in reference to the burglary, they are asked to call the sheriff’s office at (231) 873-2121.