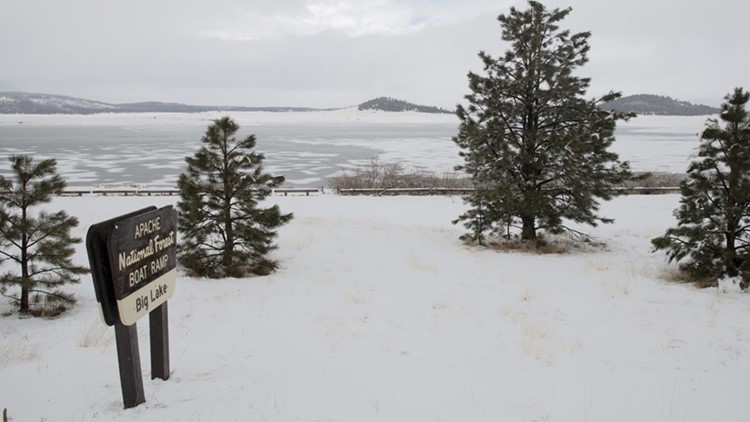 SPRINGERVILLE, Ariz. — Days after eight horses were found dead in the Apache-Sitgraves National Forest near Heber-Overgaard in eastern Arizona, seven more were discovered, according to officials.

According to officials with the forest, one horse out of the newest seven found is believed to be a domestic horse dumped in the same location. Officials have not yet confirmed the other six were shot to death.

Officials say the eight horses on Friday were found on the Black Mesa Ranger District outside of the Heber Wild Horse Territory.

According to a person familiar with the situation, the additional horses found dead were in the Bison Ranch area near Forest Road 144, between 5 and 10 miles from where the eight were found Friday.

Forest officials are still looking for possibly one additional missing horse that may also be dead.

It's not the first time horses have been found killed in this area. Between Oct. 2018 and Feb. 2019, 16 horses were found dead in that area.

The investigation is ongoing. Officials ask anyone that comes across a dead horse to report it immediately to the Black Mesa Ranger District at 928-535-7300.