Police in Holland and deputies in Allegan County are working together to find the man who robbed two gas stations Monday morning. 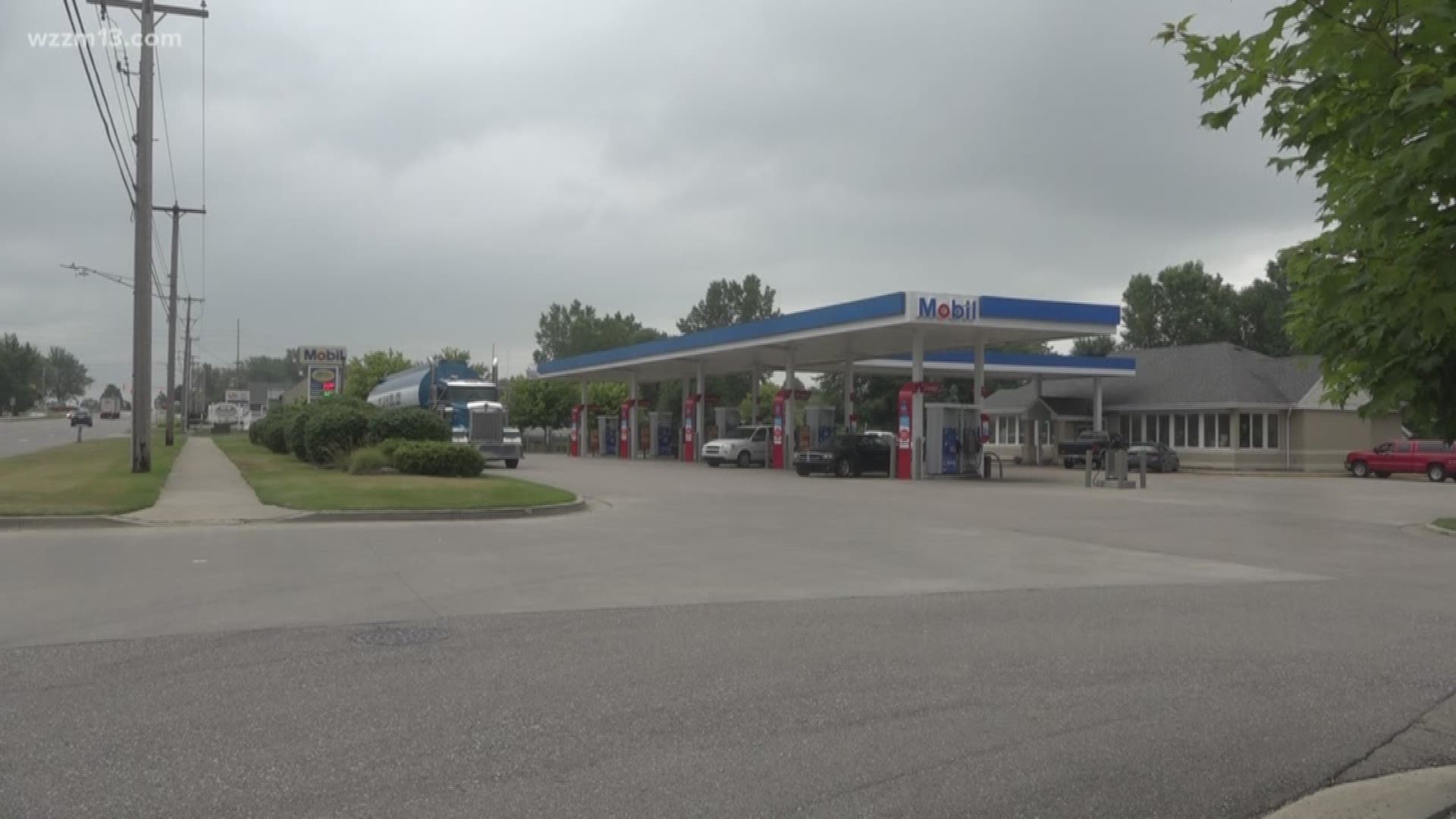 Just after 6:30 a.m., officers with the Holland Department of Public Safety were dispatched to the Mobil Gas Station on Lincoln Avenue.

The clerk reported a man entered the store, pulled out a gun and demanded cash. After the clerk handed over the money, the suspect ran out of the store and got into a vehicle. Police say it was last seen headed south on Lincoln Avenue.

About 20 minutes after the incident in Holland, the Allegan County Sheriff's Office responded to a similar robbery at the Mobil Gas Station in Hamilton involving the same suspect. Deputies say the vehicle was last seen leaving the Hamilton gas station and heading north on a side street.

Authorities say the suspect is around 5'6" to 5'7" tall with a slim build. He was wearing blue jeans, a dark colored jacket, camo-colored face covering and black and white Converse Chuck Taylor shoes.

The vehicle he left both robberies in was a 4-door sedan with a red/brown hood and damage to the passenger side.

The Allegan County Sheriff's Office also said that a stolen motorcycle could be connected to the armed robbery. It is a black 1999 Honda Shadow 1100 with black leather side bags. It was last seen heading north on 43rd Street from 139th Avenue. The suspect involved in this is described as a white man who is about 5 foot 8 to 5 foot 10 with dark hair, dark clothing and a backpack. If you see this motorcycle and/or person, please call our Central Dispatch at 269-673-3899.

Anyone with information that may further the investigation is asked to contact that Holland Department of Public Safety at 616-355-1150 or email investigators at policetips@cityofholland.com.