Bar patrons pay for food and drinks with counterfeit $50 bills

GRPD are investigating a recent string of counterfeit currency. 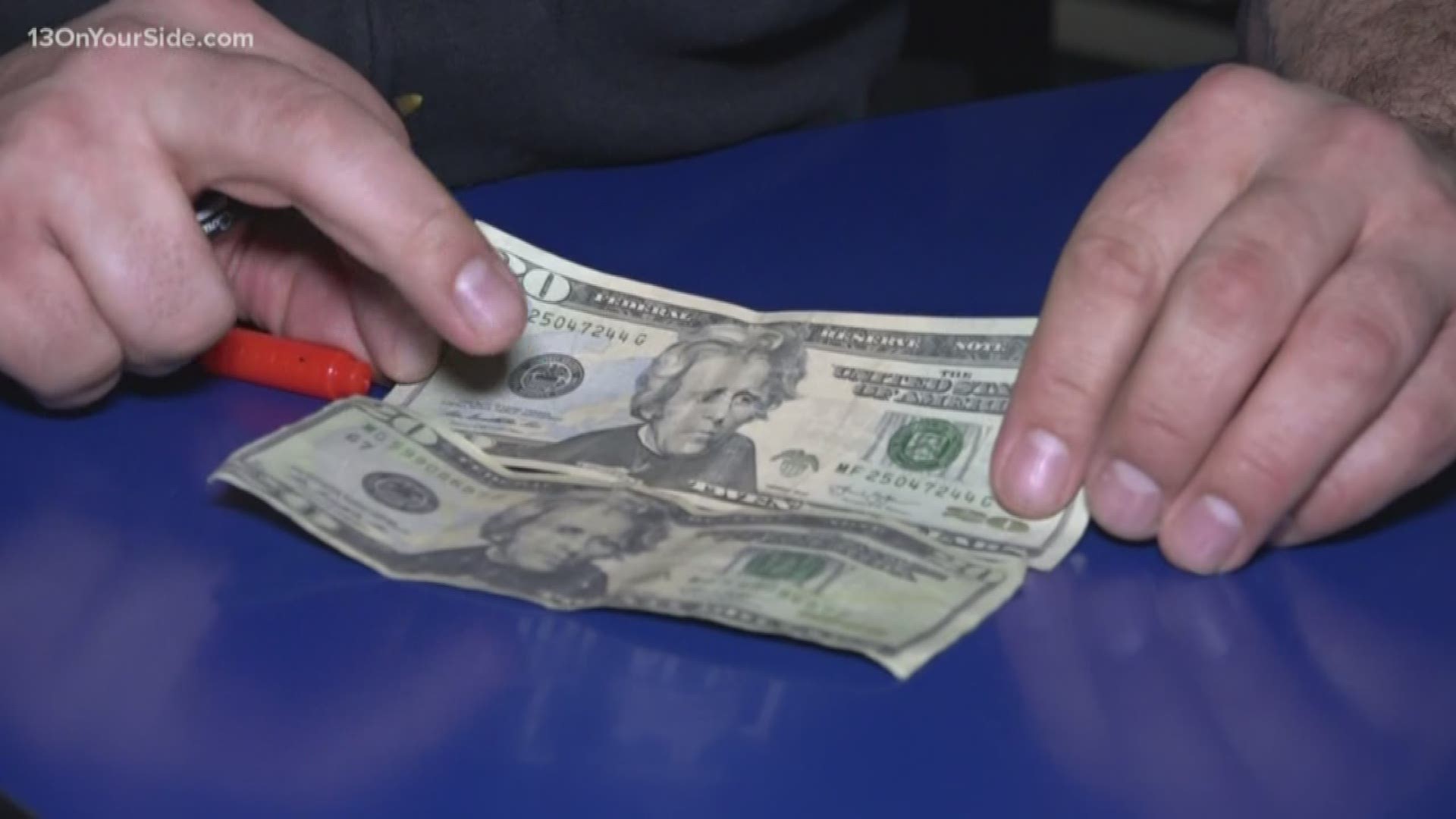 GRAND RAPIDS, Mich — Fake $20 and $50 bills have been going around businesses, stores, restaurants and bars. One business owner is using social media to warn other people.

"Somebody definitely knows what they're doing," The Iron Well General Manager Todd Jablonski said. "When it's busy, it's easy for that to slip through the cracks honestly."

If you're not looking for fake money, it's hard to spot it.

On Monday night at the Iron Well, Jablonski said a man and a woman came in and ordered a beer and coke and paid with this a seemingly real $20 bill.

"Our bartender didn't think nothing of it," Jablonski said.

RELATED: How to spot counterfeit money

He said another patron came and joined them, and the three of them ordered food.

"They paid for that with a fake 50, we didn't know it was fake at the time obviously," Jablonski said.

He says the three of them left, but later returned paying for more drinks with another $50 bill.

It wasn't until a neighboring bar called Iron Well to warn them after its bartenders received a fake $50 bill.

"At that point I said 'Go ahead and check them under the black light and see if there's a strip and the strip under a black light will appear very brightly.' And when she checked them, there was no strip," Jablonski said.

When you put the real and fake bill next to each other, you can see some differences.

"The borders on this side here are much thicker than they are on the opposing side," Jablonski said. "The fake one is more green than the real bill."

Jablonski posted the incident on social media along with surveillance photos of the people he believes are responsible.

Todd Jablonski
Westside businesses be on the lookout. Fake 50$ bills circulating. Call the police if you see these two

"Hopefully somebody recognizes these people that way nobody else gets burned either."

Walker Police and the Kent County Sheriff's Department are hosting an "Identifying Counterfeit Currency" seminar for business owners so they be on the lookout for fake money. 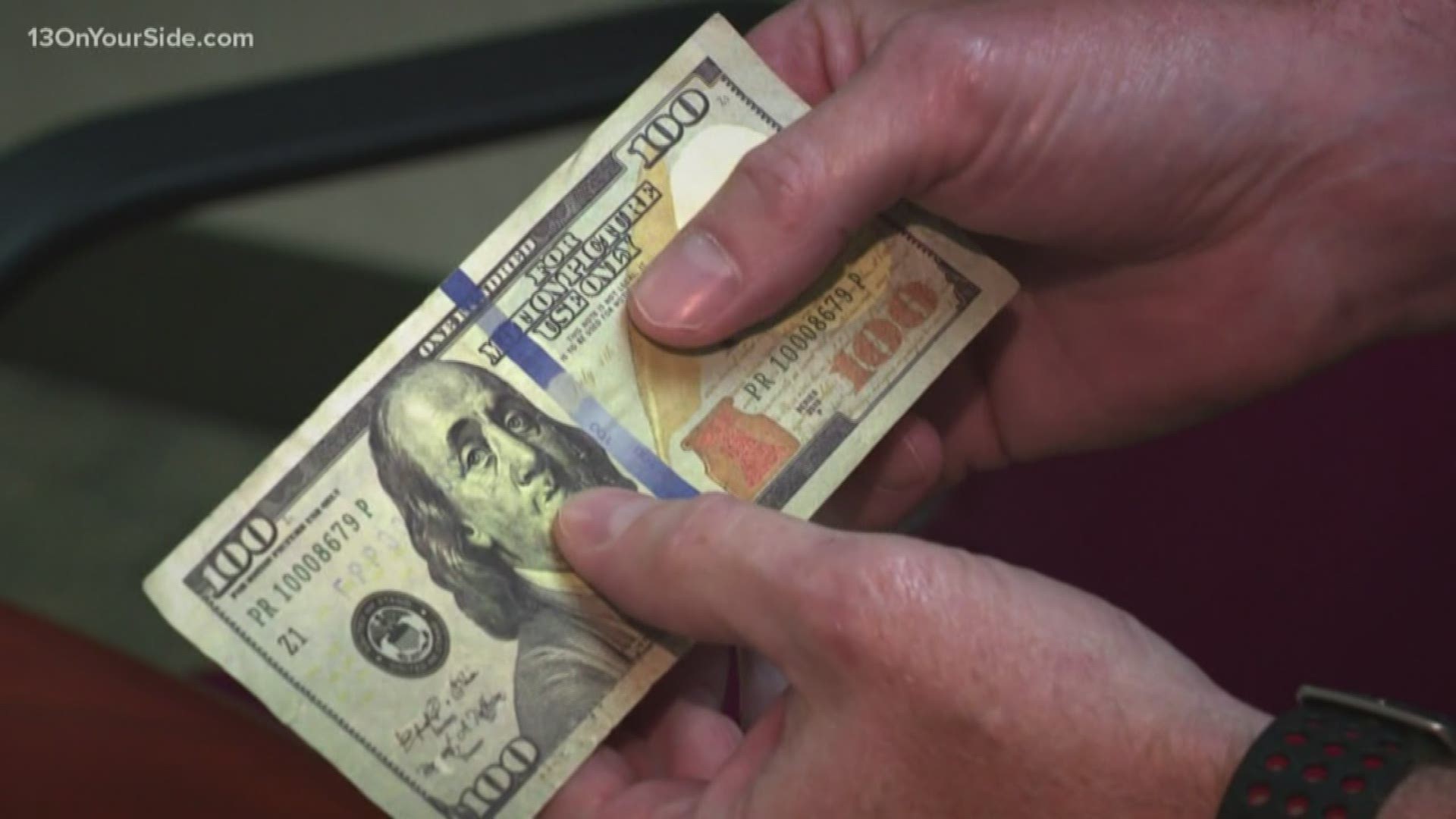