According to ABC 57, the resident armed himself with a rifle in the bedroom. 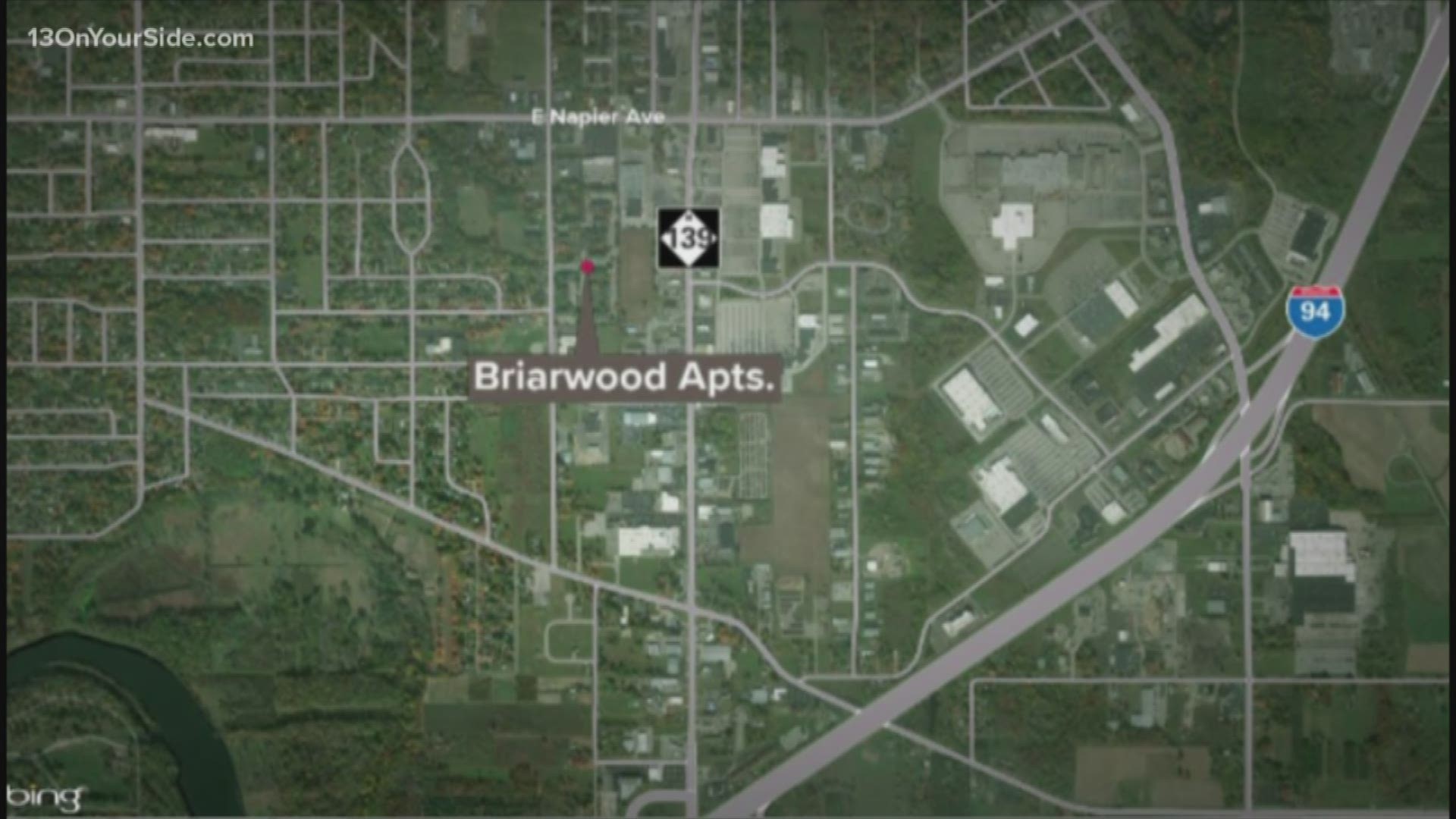 According to ABC 57, it happened around 11:30 p.m. at the Briarwood Apartments in Benton Harbor. Residents told police that two masked gunmen forced their way into the apartment and ordered them to "get down" in the living room.

One of the residents armed himself with a rifle from the bedroom. ABC 57 says the resident and one of the suspects exchanged gunfire.

Authorities located one of the suspects lying on the ground outside the building, suffering from a gunshot wound to the chest. He was pronounced dead at the scene. ABC 57 says police have not located the second suspect.