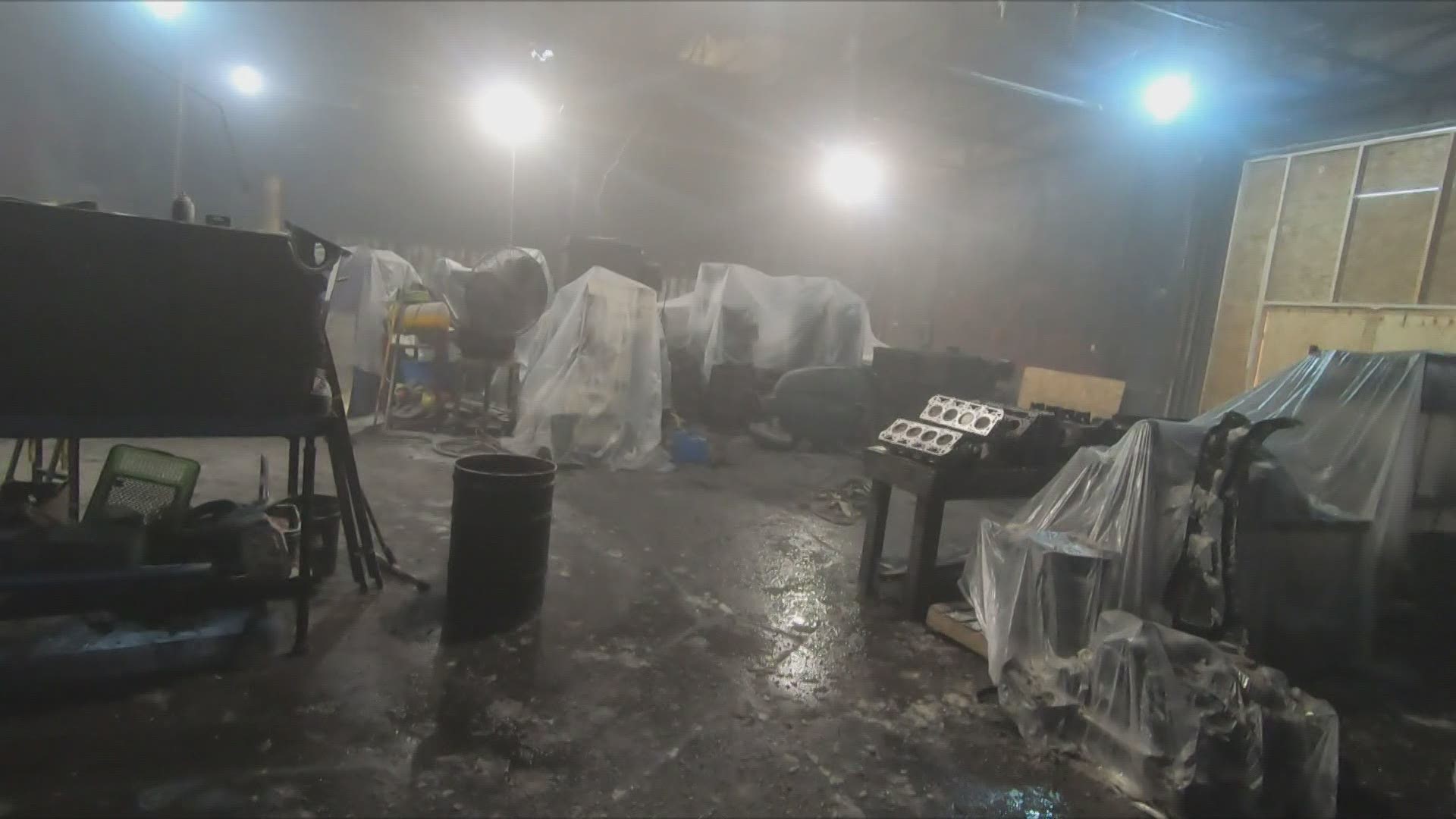 WYOMING, Mich. — More than a month after his Wyoming auto engine business was heavily damaged in an arson fire, Jason Jordan struggles with the task of rebuilding while also coming to grips with malevolence that wiped out 20 years of work.

“I was just amazed somebody could do that kind of damage,’’ said Jordan, owner of Austin-Jordan Engines. “Twenty years and then just see everything disappear like that.’’

“The suspect caught on camera is clearly Kevin Baker,’’ a Wyoming police detective wrote in a probable cause affidavit.

Baker was arrested after police say he went to Pfeffer’s Check Cashing on Burton Street SW and tried to cash a check stolen from Austin-Jordan Engines.

RELATED: Suspect arrested for burglary and arson in Wyoming

Jordan said an employee at Pfeffer’s called him to ask if the transaction was legitimate. It was not.

“The next day. It was a Monday. In a stolen car with a stolen gun trying to cash a stolen check,’’ Jordan said. “Me and my employees went down there to take a look and called police on the way.’’

They also blocked in Jordan’s 2015 Chevy Camaro, which the thief parked outside the check-cashing business. It was scratched and banged up from being driven through a fence during the theft, Jordan said.

“Starting fires after a burglary, that is uncommon,’’ Wiler said. “That is not something we see often.’’

Baker admitted to the Jan. 17 break-in, court records show. Baker told police he stole checks, the Camaro and a handgun.

“Property was recovered at his hotel room, including tools belonging to the business,’’ a detective wrote in a probable cause affidavit. “Kevin (Baker) had been driving the stolen car when apprehended.’’

Baker recently waived a preliminary hearing in Wyoming District Court, sending his case to Kent County Circuit Court. He is in jail on a $100,000 bond.

Baker is facing seven felony charges, including breaking and entering, third-degree arson, car theft and being a felon in possession of a firearm. Three of the offenses are each punishable by up to 10 years in prison.

Jordan says he is heartened by the outpouring of support from the community. Other businesses have pitched in to help, towing vehicles from his shop on Clyde Park Avenue SW to other locations so work could continue.

Jordan has eight employees, including his 21-year-old son. “Everyone has really pitched in,’’ he said.

The Wyoming Department of Public Safety, Jordan said, “did an excellent job both in fighting the fire and making an arrest.’’

“Everybody’s been really helpful; my customers are very patient,’’ he said.  “There’s a lot of people to thank.’’

Jordan said he is especially grateful for the employee at Pfeffer’s who called him about the stolen check. “I bought her lunch,’’ he said.

Jordan estimates damage to his business to be about $800,000.

“There’s a lot more damage in there than we thought,’’ he said. “All the equipment; all the wiring. There’s heat damage. It’s really bad.’’

A gofundme page has been set up to help. 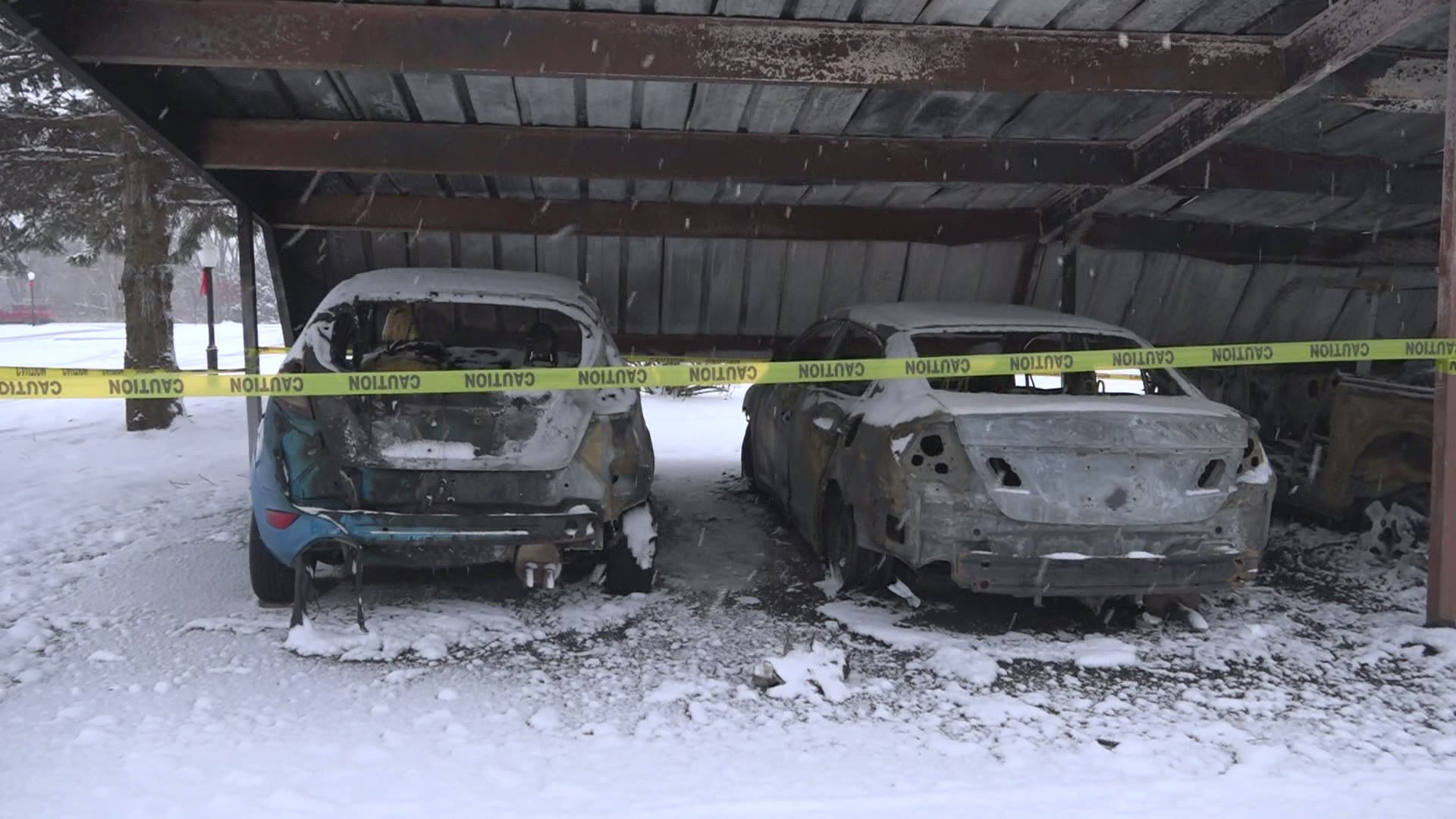