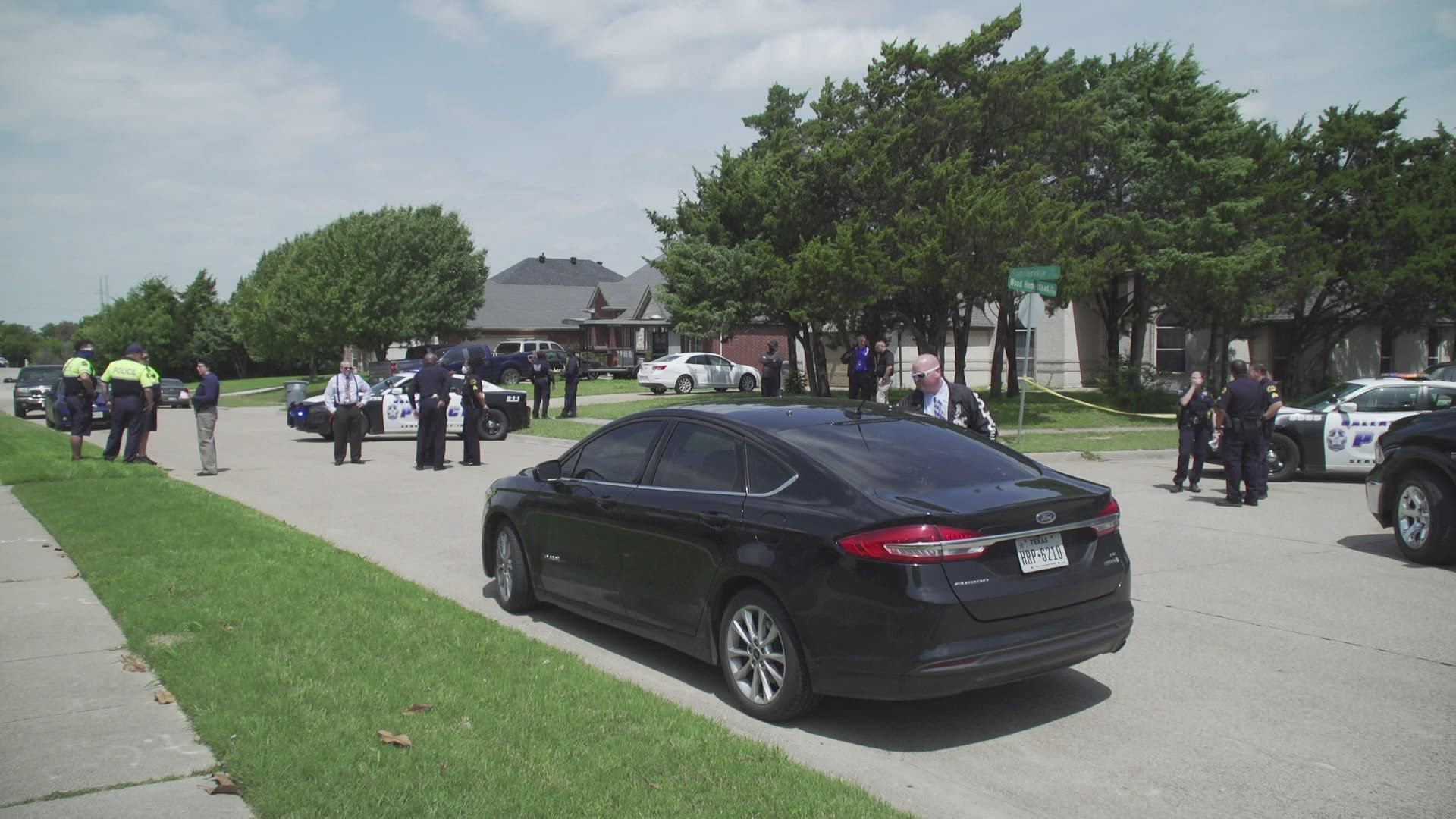 DALLAS — Updated at 4:38 p.m. Sunday with a statement from the FBI.

An 18-year-old man has been arrested after Dallas police said a toddler was found dead in the street Saturday morning near the 7500 block of Saddleridge Drive.

Officials said the 4-year-old boy had "multiple wounds" to his body when officers arrived. Investigators canvassed the area and asked for the public’s help, especially from any neighbors who may have had video footage of the incident.

Darriynn Brown was arrested in connection to the boy's death on charges of kidnapping and theft, Dallas police said Sunday. Investigators added they anticipate additional charges as they await results from a forensic analysis.

Neighbor Antwainese Square told WFAA Saturday she found the body while out for a walk in the neighborhood around 6:45 a.m.

“I’m a little traumatized,” Square said. “I’m a little afraid, I don’t know what happened to him. To see that, to walk up on it…I don’t feel safe at all.”

Square said she did not recognize the child.

Just before 10 p.m. Saturday, police said Brown had been arrested. They released his identity Sunday afternoon. Personal bond has been denied and bail has been set at $750,000, according to court documents.

“Through the hard work of the men and women of the Dallas Police Department this criminal was brought to justice and it would not have been possible without the Dallas FBI Evidence Response Team and the public’s assistance,” the department said in a release Saturday night.

Sunday, the FBI said its evidence response team was asked to assist with evidence collection.

No further details were released. Anyone with information is asked to call 911 or the Dallas Police Department Child Abuse Unit at 214-275-1300.

This is a developing story. Download our free WFAA app to stay up-to-date on all news stories in the Dallas-Fort Worth area.