Keyonia S. Ratliff, 22, has been charged with three counts of assault and battery involving three toddlers at the now-closed Rainbow Child Care Center in Allendale. If convicted, she faces up to 93 days in jail. 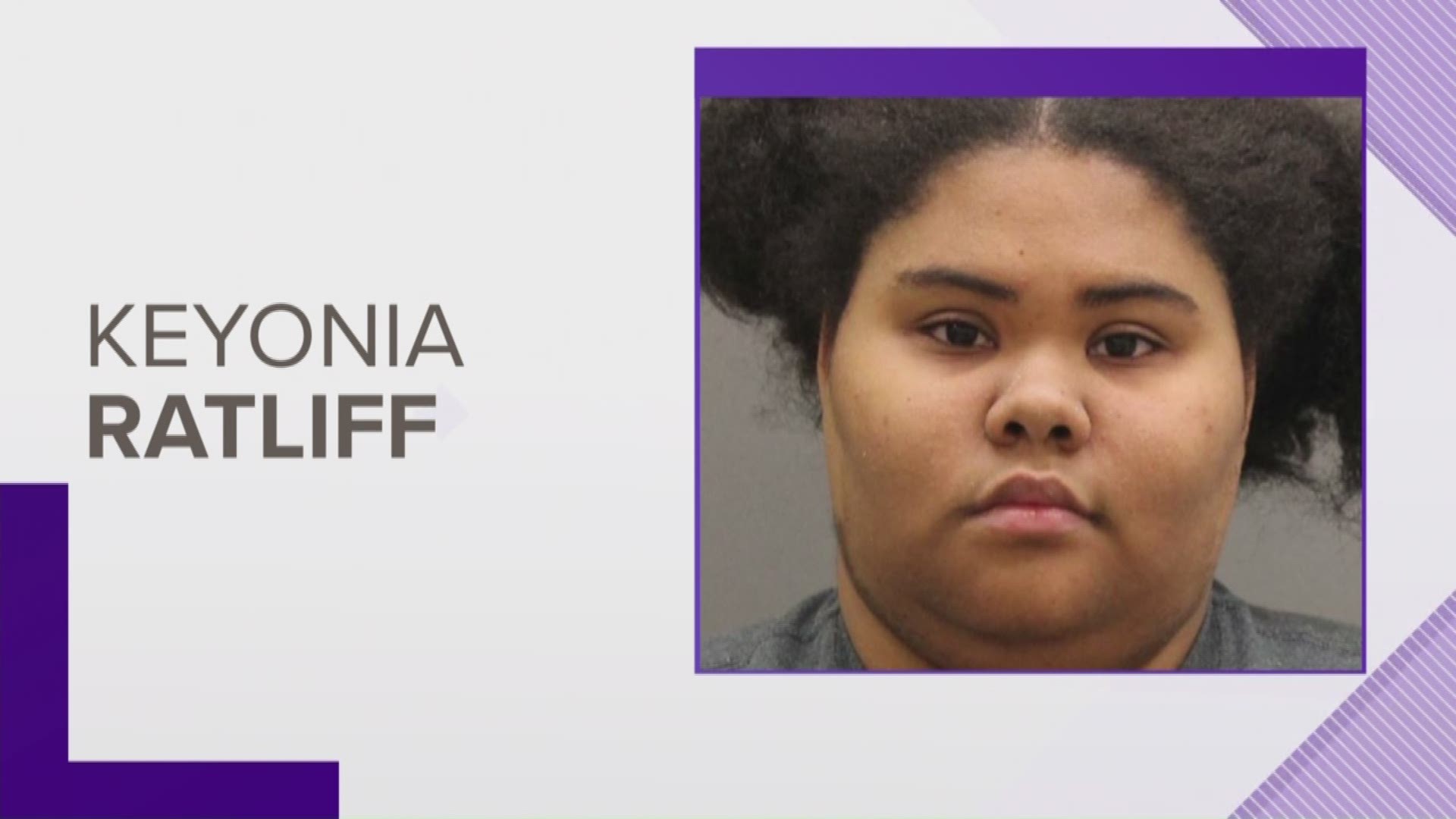 ALLENDALE, Mich. – A child care worker charged with assault admitted she may have used “inappropriate’’ discipline methods, including “flicking children’s faces,’’ according to a state report into the now-closed Rainbow Child Care Center in Allendale.

Co-workers of 22-year-old Keyonia S. Ratliff say she used an “aggressive tone’’ with children and would “get in their face,’’ state records show.

Ratliff was arraigned this week in an Ottawa County courtroom on three misdemeanor counts of assault and battery. Investigators say she assaulted twin girls and a boy all under the age of two.

“These assaults were an attempt at corrective behavior or discipline,’’ Ottawa County Sheriff’s Department Capt. Mark Bennett said. “That is not their function.’’

The twin girls involved were 17 months old; the boy was 20 months old, state records show. The alleged assaults occurred in February at Rainbow’s location on Edgewater Drive in Allendale.

Ratliff, who is free on bond, has a pretrial conference scheduled for May 30 in Hudsonville District Court. If convicted of assault and battery, the Allendale Township woman faces up to 93 days in jail.

The incidents came to light after emergency crews on Feb. 19 responded to a 911 call about a three-month-old who wasn’t breathing. The child was released to his parents after being treated at Helen DeVos Children's Hospital.

An Ottawa County detective interviewed Rainbow staff and Ratliff before turning the case over to the prosecutor’s office. A warrant charging Ratliff was authorized last month.

In an interview with an Ottawa County sheriff’s detective, Ratliff said “it was possible’’ that she could have “flicked children in the face’’ and used an open hand to “cuff or hit a child on the head,’’ according to the state report.

Less than two weeks after the state investigation began, a temporary suspension of Rainbow’s license was ordered. On March 7, a recommendation was made by the Bureau of Community and Health Systems that Rainbow’s license be suspended and revoked.

“The license is still suspended and is going through the legal process,’’ Jeannie Vogel, a spokeswoman for the Department of Licensing and Regulatory Affairs, said in a statement on Thursday.

The special investigation that got underway Feb. 21 included numerous interviews with employees and an unannounced on-site inspection.

Investigators reported a lack of appropriate supervision and care in two toddler rooms and failure to address recurrent biting behavior involving a child who bit other kids nearly 100 times since last year.

Rainbow Child Care also lacked a program director and “has been repeatedly cited for not having qualified lead caregivers,’’ according to the report.

“The center has run out of basic items needed to run the center, including paper towels, toilet paper, baby wipes, milk and food,’’ the 17-page report states.

A statement Ratliff made to investigators was used to close out the report: “The Toddler 1 room doesn’t have a lead teacher, so it was very unstructured. A lot of things that were supposed to happen just didn’t.’’

The Allendale location received its license in Sept. 2014 to serve children from birth through the age of 12, state records show. Its capacity was listed at 150.