Kenneth Moore, 56, described as a fugitive with a violent past, is considered a "person of interest'' in two Grand Rapids bank robberies that took place Monday within four hours of each other. 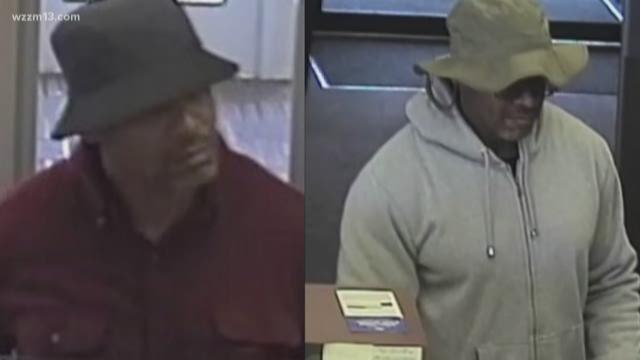 GRAND RAPIDS, Mich. - A fugitive with a violent past that includes assaulting a corrections officer and a fellow inmate is being called a “person of interest’’ in two Grand Rapids bank robberies earlier this week.

Kenneth Moore, 56, is wanted for questioning in Fifth Third Bank hold-ups that took place within four hours of each other on Monday.

Moore has felony convictions dating back nearly 30 years. Eight of the offenses resulted in prison time. They include assault with intent to commit great bodily harm less than murder, felony possession of a firearm and malicious destruction of property.

Moore has been convicted in courtrooms across the state, but most of the criminal cases have been in the Detroit area.

Grand Rapids police on Thursday, Sept. 13 put out a news release asking for the public’s help in locating Moore, who police say may be living in Grand Rapids.

“The FBI and the Grand Rapids Major Case Team detectives have identified Moore as a person of interest in two recent Grand Rapids bank robberies,’’ according to the news release.

The first incident occurred about 9 a.m. at the Fifth Third branch at 1319 Michigan Street NE east of Fuller Avenue. Investigators say the suspect implied he had a weapon while making a demand for money. He was unsuccessful in obtaining money, Grand Rapids police said in a news release.

About four hours later, police responded to a hold-up at the Fifth Third branch at 700 Bridge Street NW west of Stocking Avenue. Bank staff reported a suspect walked into the branch shortly after 1 p.m. and implied he had a weapon.

He made a demand for money and fled with an undisclosed amount of cash, Grand Rapids police said.

The U.S. Marshals Service in Detroit earlier this year sought the public’s help in locating Moore, calling him a danger to the community.

Moore attacked a corrections officer while serving time in 2002 for assault and weapons charges, a deputy marshal told Detroit television station WXYZ for a 'Detroit’s Most Wanted' segment that aired last spring.

“Apparently Moore didn’t like what he heard; he grabs a metal shank that he made and began shanking the hearing officer right there,’’ Deputy U.S. Marshal Aaron Garcia told WXYZ in an interview that aired in late March.

Moore also attacked a fellow inmate in 2012, Garcia said. “He was observed with a rock in a laundry bag and he assaulted another prisoner,’’ Garcia told WXYZ. “He’s got a huge history of assault, four assault convictions, two destruction of property and weapons.’’

Moore, who has ties to Wayne and Washtenaw counties, was listed by the Michigan Department of Corrections as a parole absconder in April, 2015. “He may be back and forth from Detroit, but this guy’s been on the run for way too long,’’ Garcia said in the earlier interview.

There has been six bank robberies in Kent County this year, arrests have been made in four of the cases.