Quinn James, 43, is charged with first-degree murder in the 2018 strangulation death of Mujey Dumbuya, a teenaged girl he was accused of raping in the summer of 2017. 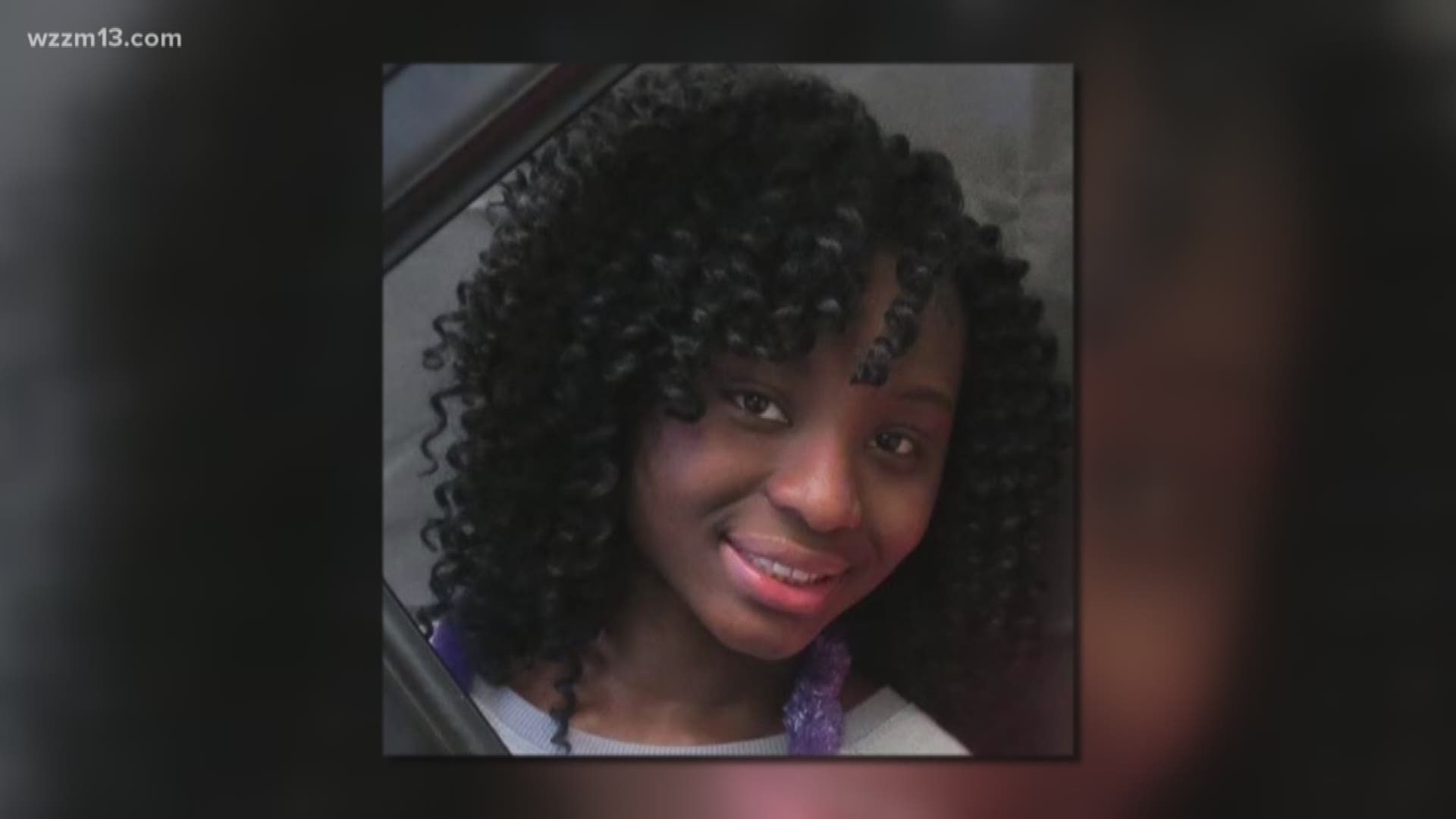 GRAND RAPIDS, Mich. — Testimony got underway in a Grand Rapids courtroom Tuesday in the trial of Quinn James, a former Kentwood schools maintenance worker accused of killing a 16-year-old girl who accused him of rape.

The body of Mujey Dumbuya was found in a wooded area in Kalamazoo several days after she disappeared while waiting for a bus to take her to East Kentwood High School. Dumbuya, a sophomore, died from asphyxiation, an autopsy showed.

In opening statements to jurors, Kent County Assistant Prosecutor Kellee A. Koncki said James had motive to kill Dumbuya – she accused him of rape.

“He gets charged with it, he makes admissions, he wishes he hadn’t,’’ Koncki said. “He stalks her at her bus stop when he’s let out on bond. He terrorized this little girl.’’

She told jurors that James made incriminating statements about having to “get rid’’ of Dumbuya.

“From the minute he’s arrested, he’s already telling people at the jail . . . ‘I’ve got to get rid of this girl. I’ve got too much to lose,’’’ Koncki told jurors.

James, she said, had help from accomplices.

The girl was taken from her bus stop the morning of Jan. 24, 2018, asphyxiated, driven to Kalamazoo and dumped. Her body was also covered with bleach, Koncki told jurors.

“You’ll see the horrific injuries to her body from this bleach,’’ she said.  “The burning of her skin, the tearing of her skin.’’

Koncki told jurors that the evidence “will prove beyond a reasonable doubt that the defendant planned and orchestrated Mujey Dumbuya’s death.’’

Defense attorney Jonathan Schildgen said James was targeted as a suspect in Dumbuya’s death because of the pending sexual assault case. But that does not mean he killed her.

“In their mind, they fixate on Quinn,’’ he told jurors in opening statements. “When all you have is a hammer, everything looks like a nail.’’

Dumbuya had talked about running away from home prior to her disappearance, Schildgen said. “Mujey was listed as a runaway,’’ he said.

Schildgen told jurors the evidence does not support a guilty verdict.

The trial before Kent County Circuit Court Judge George Jay Quist is expected to last more than a week. The prosecution has 47 witnesses prepared to testify in the 12th floor courtroom.

A jury in October found James guilty on multiple counts of third-degree criminal sexual conduct; he was sentenced in December.

James is also facing trial in another sexual assault case from 2014. The victim in that case was a high school-aged girl.