Former City Commissioner Roy Schmidt entered a no contest plea Thursday to a felony marijuana charge filed last June after police found dozens of plants and processed marijuana at his Northwest Side home and one he rented from his son. 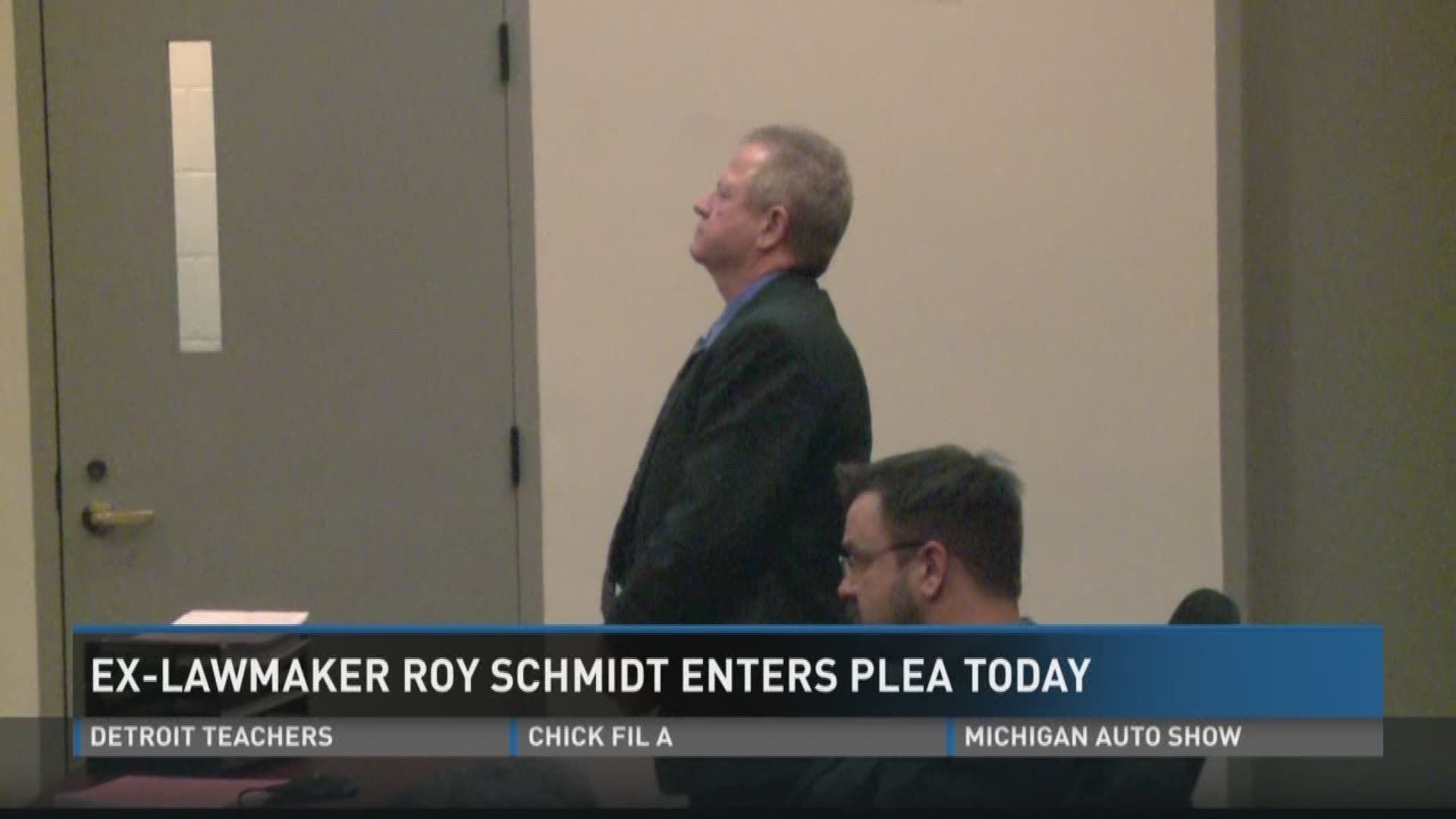 GRAND RAPIDS, Mich. (WZZM) – Former City Commissioner Roy Schmidt entered a no contest plea Thursday to a felony marijuana charge filed last June after police found dozens of plants and processed marijuana at his Northwest Side home and one he rented from his son.

The deal accepted today mirrors one Schmidt rejected in July. In exchange for a no contest plea to delivery/manufacture of marijuana, a second count will be dismissed when he appears for sentencing in March.

Although the case was originally sent to Kent County Circuit Court for trial, it was bounced back to Grand Rapids District Court earlier this month to determine exactly how much marijuana is involved and whether the amount fell within guidelines of Michigan’s Medical Marijuana Act.

Detectives from the Kent Area Narcotics Enforcement Team showed up for today’s hearing with a box full of evidence. Behind closed doors, Schmidt’s attorney met with the prosecutor and worked out a deal that would allow Schmidt to plead no contest to one of the charges, which is punishable by up to four years in prison.

Grand Rapids District Court Judge Michael Distel accepted the plea, then sent the case back to circuit court where Schmidt will be sentenced March 22.

The no contest plea was entered to protect Schmidt from potential forfeiture proceedings that may arise out of the case. It is not an admission of guilt, but is treated as such during sentencing.

Members of the Kent Area Narcotics Enforcement Team went to Schmidt's home on 7th Street east of Covell Avenue NW and a second home on Myrtle Street near Jennette Avenue NW that he rented from his son. They found three pounds of processed marijuana at his home and 72 plants growing at a home Schmidt rented.

The combined total of the seized marijuana surpasses what is permissible under Michigan' Medical Marijuana Act, prosecutors say.

Schmidt identified himself as a medical marijuana patient and caregiver. The ex-city commissioner and West Side icon admitted to selling to at least 20 people who are not his registered patients, nor did they possess a Michigan Medical Marijuana card, court records show.