Javontae Q. White, 26, is charged with distribution of fentanyl resulting in death stemming from an overdose on East Fulton Street in Grand Rapids last summer. 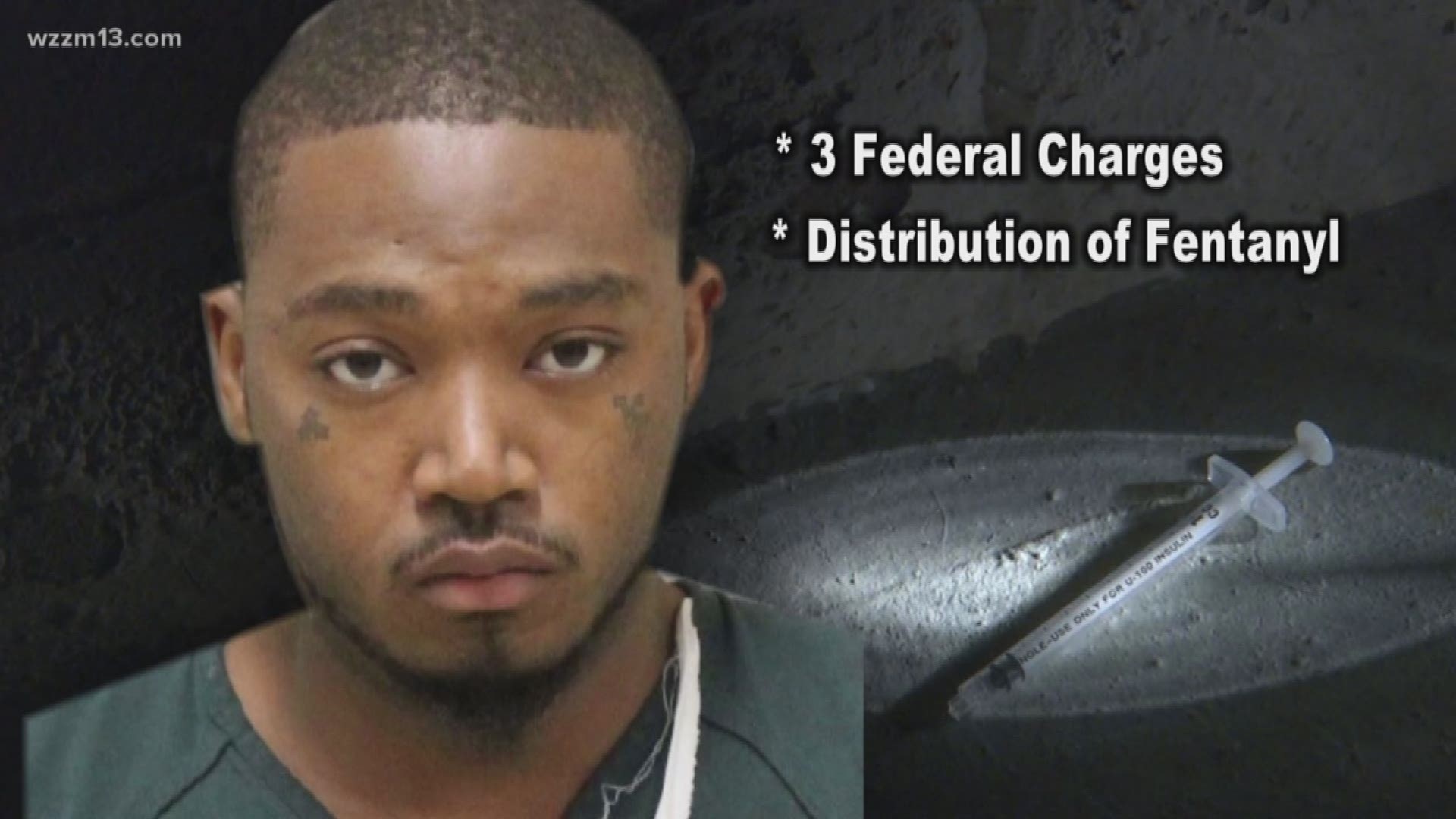 GRAND RAPIDS, Mich — An accused drug dealer with a long criminal record has been charged with providing the fentanyl that killed a Grand Rapids woman last summer.

Javontae Quintez White was indicted this week on three felony charges, including distribution of fentanyl resulting in death, a potential life offense.

She is one of 114 people who died from a drug overdose in Kent County last year. One-third of the deaths were from fentanyl.

“Fentanyl is very common in our drug screens and it is very common as a cause of overdose,’’ Kent County Medical Examiner Dr. Stephen Cohle said.  “It is a very, very potent drug and doesn’t take much to cause death.’’

White, 26, also faces federal charges for possession with intent to distribute fentanyl and cocaine as well as distribution of fentanyl. His detention hearing and arraignment are set for Monday, March 11 in U.S. District Court in Grand Rapids.

Then there are state charges. White and two others face prosecution on various drug offenses, including delivery/manufacture of fentanyl, a 20-year felony. It is all part of the same investigation.

A special state prosecutor was appointed to handle the cases because Elaine Christensen is the sister of a Kent County assistant prosecutor and the daughter of a retired 61st District Court judge.

“Any involvement in this office regarding filing more serious charges, or handling the case in any way, would give an appearance of impropriety,’’ Kent County Prosecutor Chris Becker wrote in a petition asking the state attorney general’s office to step in.

Investigators say Christensen’s boyfriend, Ryan Jon-Palmer Hall, 35, gave her fentanyl that he got from Mark Henry Blodgett, 25. Blodgett got the fentanyl from White, who was living on Grove Street near Plainfield Avenue NE, court records show.

Hall and Blodgett recently pleaded guilty in Kent County Circuit Court to multiple drug charges and await sentencing. White’s case is set for trial in April. It could be shelved now that more serious federal charges are on the table.

White, who has an extensive criminal background, was arrested several hours after Christensen’s death. Police nabbed him at a motel at Three Mile Road and Alpine Avenue NW.

White tried to run from police outside the motel, but his escape was thwarted when he ran “directly into a swimming pool,’’ federal court records show.

Police recovered from the scene sandwich baggies containing cocaine and fentanyl along with $602 in cash from White.

A search of White’s home turned up 4.9 grams of fentanyl, $1,400 in cash and cocaine base in a kitchen drawer, court records show.

White has felony convictions in North Carolina and Michigan dating back to when he was 17 years old. Convictions include robbery with a dangerous weapon, carrying a concealed weapon, possession of drugs and maintaining a drug house.