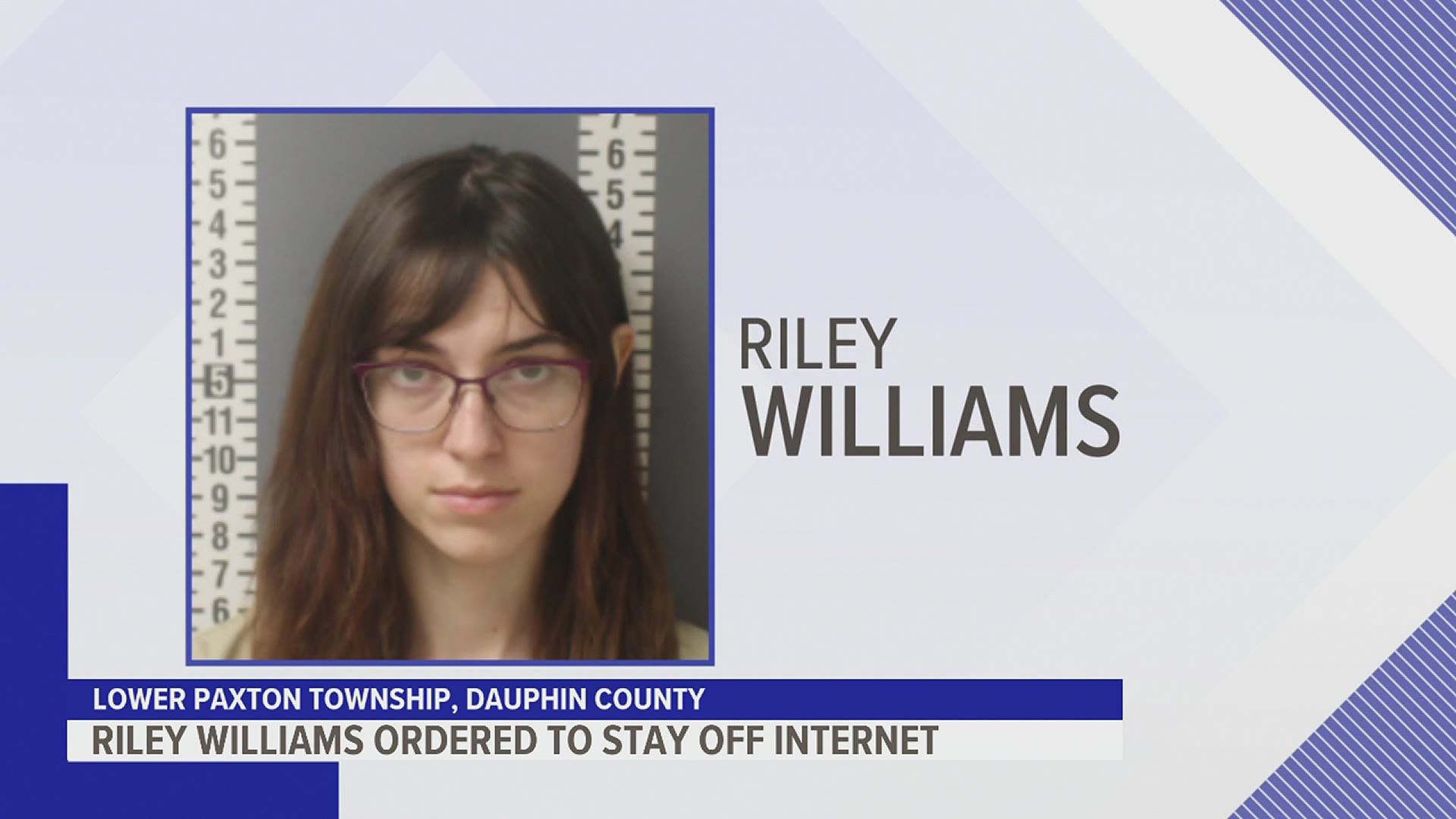 Williams has been ordered to stay off the internet because of evidence she had deleted messages relevant to the case.

Williams is facing four charges, two of them felonies, including theft, obstruction and trespassing, as well as violent entry and disorderly conduct on Capitol grounds.

U.S. Capitol Police have confirmed an HP laptop was stolen from Speaker Pelosi’s office on Jan. 6.

An FBI affidavit includes links to a YouTube video allegedly showing Williams at the U.S. Capitol that day, as well as screenshots of posts Williams allegedly made on social media platform Discord saying she took Pelosi’s hard drive.

Williams was released last week to await trial at her mother’s apartment in Lower Paxton Township.

FOX43 went to the apartment to see if Williams would be willing to talk to us. Though movement was heard inside, no one answered the door.

A tipster claiming to be Williams’ former romantic partner told the FBI Williams planned to send the computer device to a friend in Russia, who would sell it to Russia’s foreign intelligence service, SVR RF, according to the FBI criminal complaint.

However Williams’ lawyer said during the Tuesday hearing that Williams had previously gotten a restraining order against the ex, identified as Michael Prodanov of Trenton, and that his claims were “exaggerated.”

Williams has also been ordered to wear a GPS-monitoring bracelet and to find a job that doesn’t require internet use.

RELATED: Capitol rioter accused of stealing Pelosi's laptop ordered to get a flip phone, stay off the internet