The last two defendants in a theft ring that netted $1.1 million in construction equipment were sent to prison for what the judge called “outrageous'' conduct. 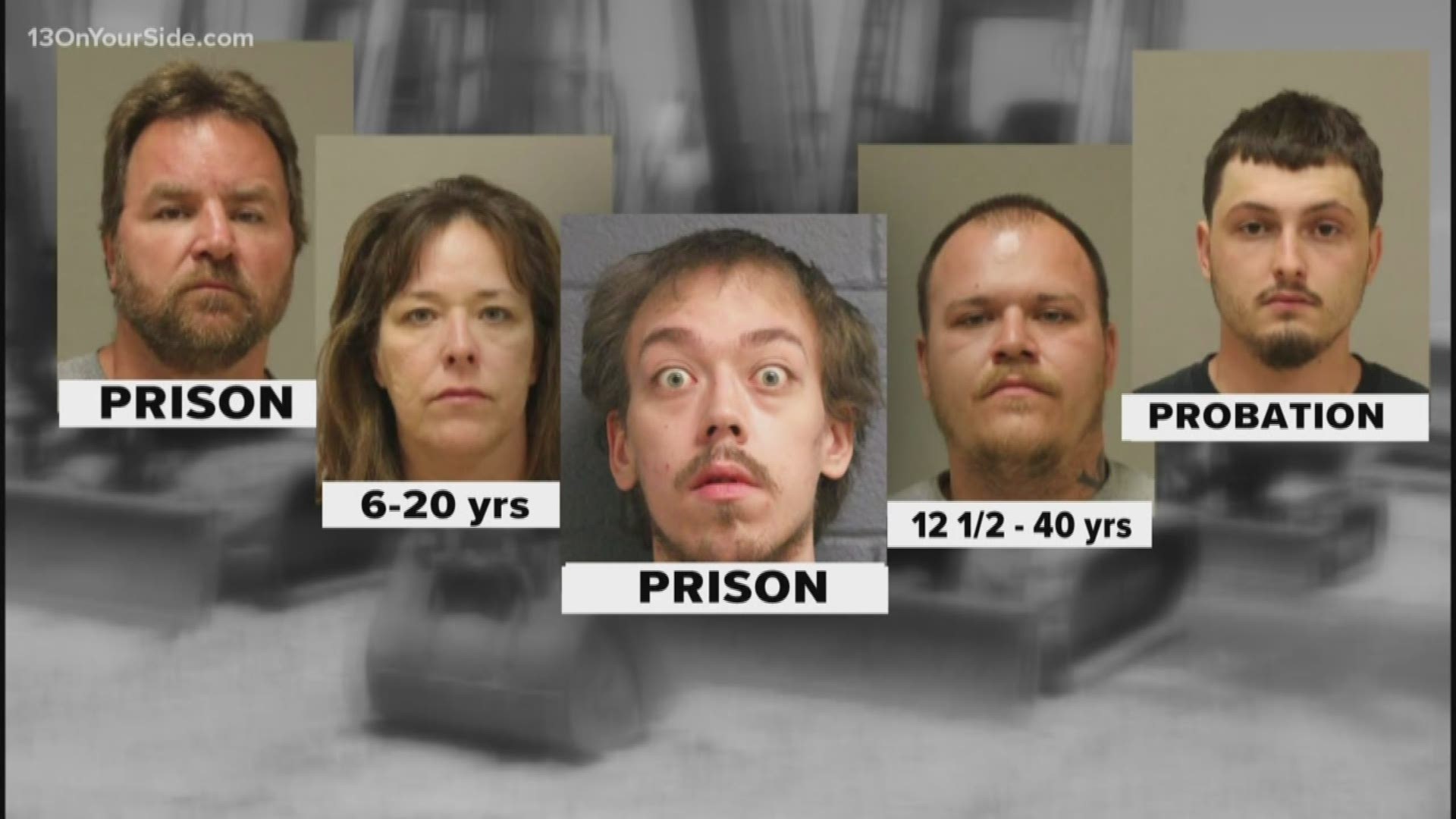 GRAND RAPIDS, Mich. — They crossed the state, stealing construction equipment at work sites in what a judge called a well-oiled criminal enterprise that claimed victims in numerous Michigan counties.

“This is major stuff here,’’ Kent County Circuit Court Judge Paul Sullivan told two of the five defendants, who appeared in court Tuesday to be sentenced for conducting a criminal enterprise.

“I haven’t had any that I can recall that have approached those types of figures,’’ Sullivan said. “That’s a lot of property crime.’’

An investigation by the Kent County Sheriff’s Department and other agencies led to search warrants and arrests earlier this year in metro Detroit.

Five defendants were charged with conducting a criminal enterprise, a 20-year felony. Sullivan sentenced the last of the five to prison.

Jason Lee Newsome of Detroit was sentenced to 12½ to 40 years. Newsome, 28, had more time added because of prior felony convictions.

Tina Marie Donovan of Pontiac was sentenced to between 6 and 20 years. Police say Donovan, 44, sold some of the stolen items online.

Both asked for leniency; Newsome said he thought the sentencing guidelines were too high.

Sullivan said in his more than three decades on the bench, he cannot recall a criminal enterprise that impacted so many people for such a large amount of money.

“I haven’t had any quite as extensive as this has been,’’ Sullivan said.

Newsome, Donovan and their three co-defendants will have to pay more than $1.1 million in restitution to the victims, Sullivan said.

“This is a massive property crime – pages long,’’ he said. “And some of them were hurt quite a bit by it.’’

The three co-defendants already sentenced are:

Justine A. McMahon, 22, of Detroit. He was sentenced to between 6 and 20 years in prison;

William Douglas-Lee Larue, 23, of Detroit. He got a year in jail and three years of probation. Larue was sentenced under the Holmes Youthful Trainee Act, which allows him to keep the criminal offense off his record if he successfully completes probation.

“This involved a lot of effort by a lot of police agencies to stop this theft ring, which had been working for more than a year,’’ Kent County Sheriff Michelle LaJoye-Young said earlier. “There were multiple victims in three states.’’

Investigators say at least 50 thefts have been linked to the group. Most of the thefts occurred in Michigan, although they also ventured into Ohio and Indiana.

The suspects are identified in surveillance video and “were seen conducting multiple thefts at many locations throughout the state of Michigan,’’ police wrote in court records.

At least six thefts occurred in Kent County and there were several in Ottawa County. Other locations hit include Frankenmuth, Fremont, Imlay City, Midland and Taylor. 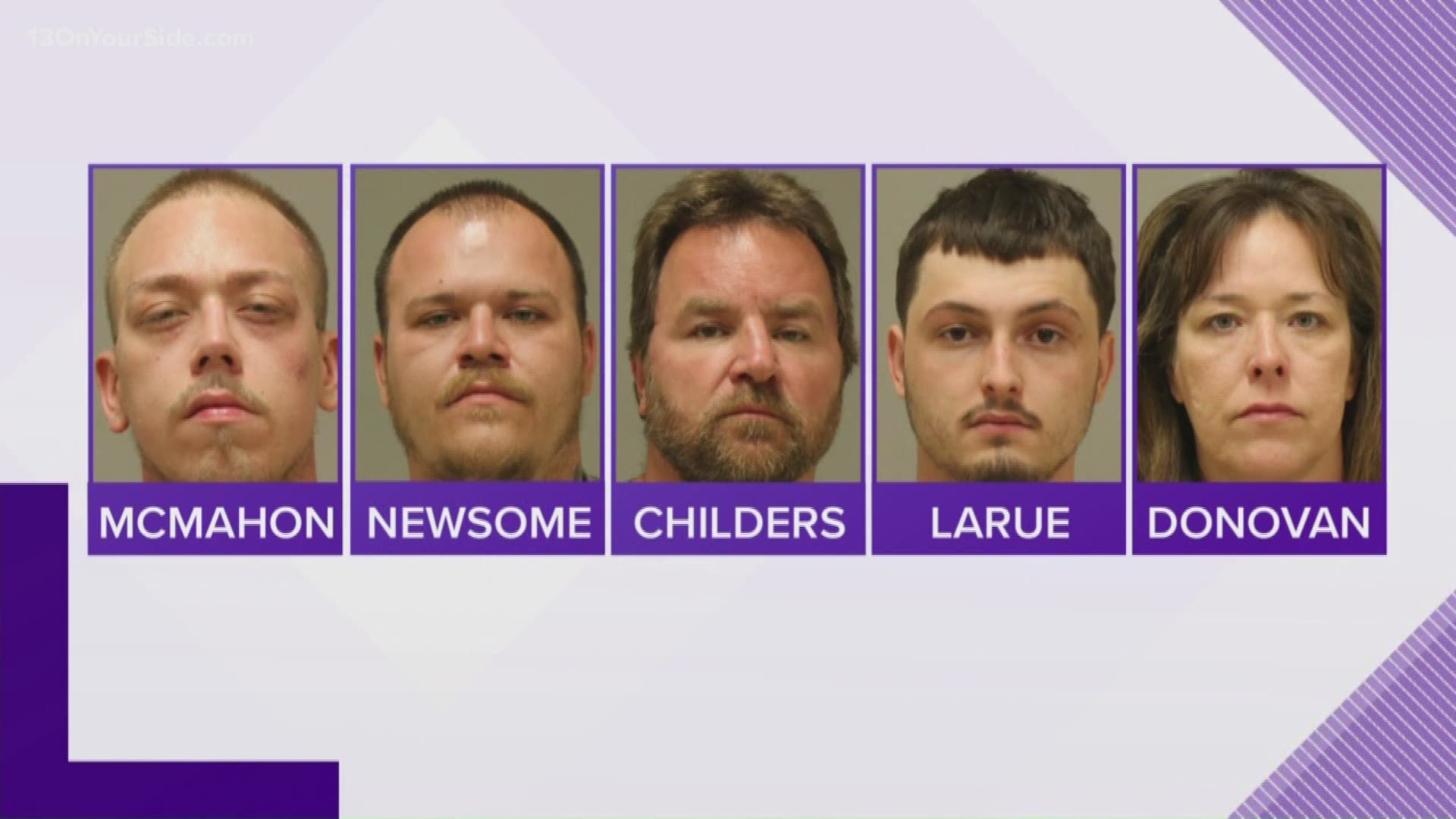