The former Muskegon County educator pleaded guilty to sexual exploitation of two boys, including one he’s accused of raping for several years.

MUSKEGON, Mich — A former Muskegon County teacher who admitted to taking numerous sexually-explicit pictures of boys has pleaded guilty to federal charges that has him facing at least 15 years in prison.

One of the boys said Russell “sexually abused him constantly from the ages of 8 to 12 years old’’ and “took thousands of inappropriate nude photos,’’ court records show.

In some images, the boy is playing with toys or watching TV nude. Images included the child in unnatural poses “and apparent sexual coyness,’’ an investigator wrote.

Russell, 50, has worked in several West Michigan school districts, including Chippewa Hills, Muskegon Heights, North Muskegon and Ravenna. He was a teacher and coach in North Muskegon when the 2009 offenses occurred.

He moved to Nevada two years ago to take a teaching job. Russell was arrested last year.

Sentencing has been set for mid-September in Grand Rapids federal court. He faces a minimum of 15 years, and up to 30 years, in prison.

Russell is also facing state charges in Muskegon County for sexual assaults on one of the boys, who is now a young man.

An investigation got underway last year after the FBI in Las Vegas got a tip that an individual had been uploading child pornography to Flickr, an image and video hosting website. The account was traced back to Russell.

Police were able to identify the boy in the pictures, who was 18 when investigators interviewed him last year at the Norton Shores Police Department.

He disclosed that Russell “sexually abused him constantly from the ages of 8 to 12 years old.'' Russell also “took thousands of inappropriate nude photos,’’ which were primarily taken at Russell’s Norton Shores apartment. The victim told police he was rewarded with toys.

The other victim was a six-year-old boy Russell targeted in the fall of 2017. Russell took photos of the boy "displaying his naked pubic area and genitals,'' court records show.

Over the years, Russell has been the subject of a personal protection order and complaints about inappropriate relationships with boys. 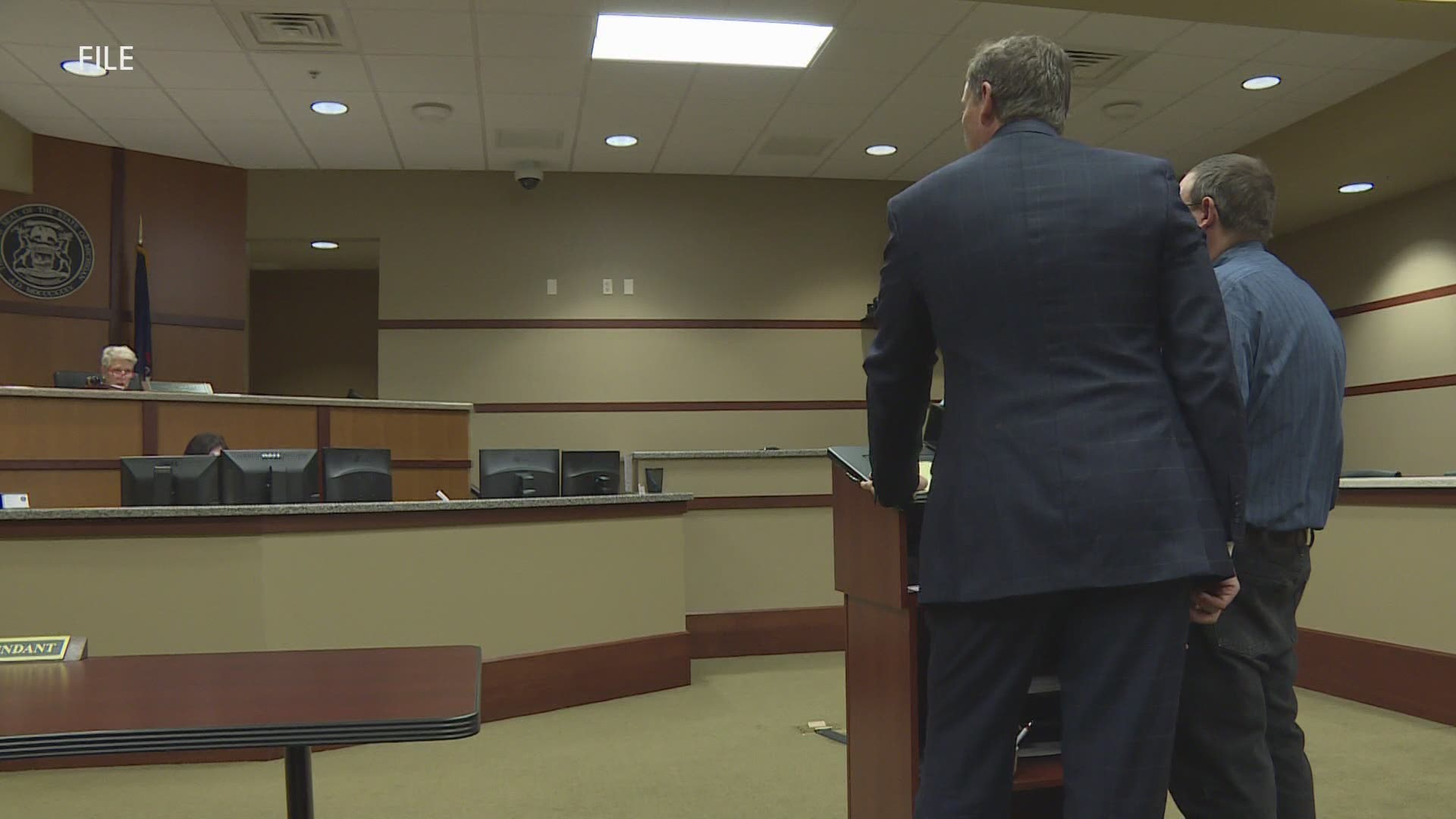