Police say the gun used in the crime had no serial number and was unregistered and the parts were put together outside of a manufacturer.

WYOMING, Mich — Police in Wyoming are releasing new details surrounding the shooting death of a security guard at a Grand Rapids-area motel earlier this month.

Police say the gun used in the crime had no serial number and was unregistered and the parts were put together outside of a manufacturer.

Cain was working as a security guard at the Grand Rapids Inn in Wyoming and was called to the room where Grygorzyk was staying in for a complaint.

Grygorzyk then shot and killed Cain with a handgun at close range outside a room on the second floor. He then fled to his mother's home nearby and shot and killed himself, police say.

Wyoming police say the gun has been sent out for testing to do contact tracing and ballistics testing involving the ATF and state police. It is not clear say if this is the first ghost gun Wyoming Police has confiscated.

John Cain Jr.'s parents tell 13 ON YOUR SIDE he loved his eight-year-old daughter very much. He also loved helping and protecting his community.

"He has one daughter and she's eight years old. She was his pride and joy and he was her pride and joy," said Belinda Adkinson, John Cain Jr.'s mother.

"That was our biggest fear was just knowing that we don't know what he's facing when he's going to these facilities, but he just loved protecting people. That was his thing and he protected his family the same way he protected people he didn't even know," said John Cain Sr. the father.

Cain was not armed and police believe the two didn't know each other.

"We don't really believe it right now that our son's gone," Cain Sr. said. "It's something that I hope I can wake up from and realize it was just a dream. Somebody took him away from us. Hopefully we'll see him [my son] again."

Police mentioned a Snapchat video circulating on social media where multiple shots can be heard in the background. They're determining where that post came from. 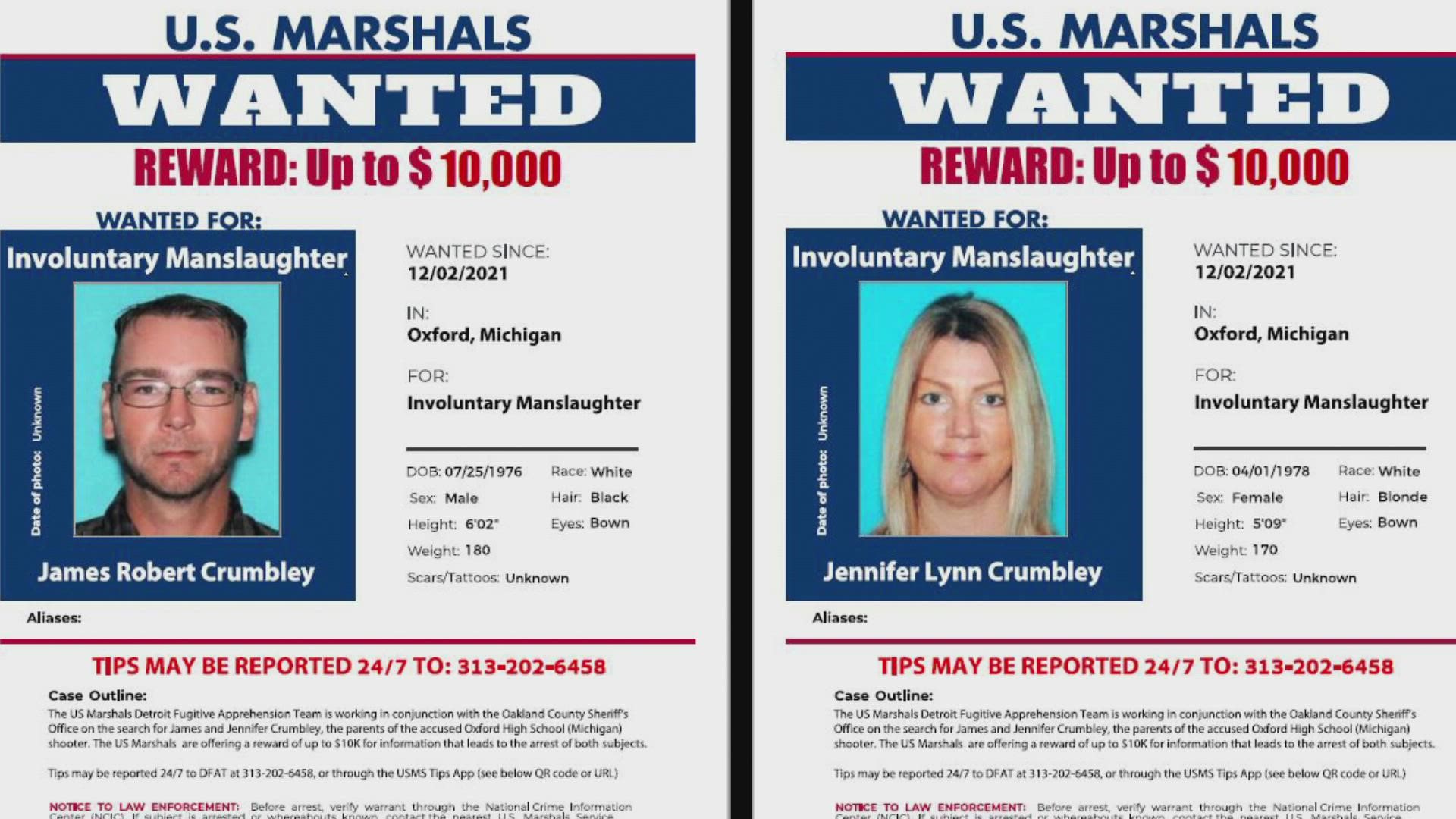 Parents of Oxford shooting suspect taken into custody in Detroit