AutoWest was set to open on Saturday. 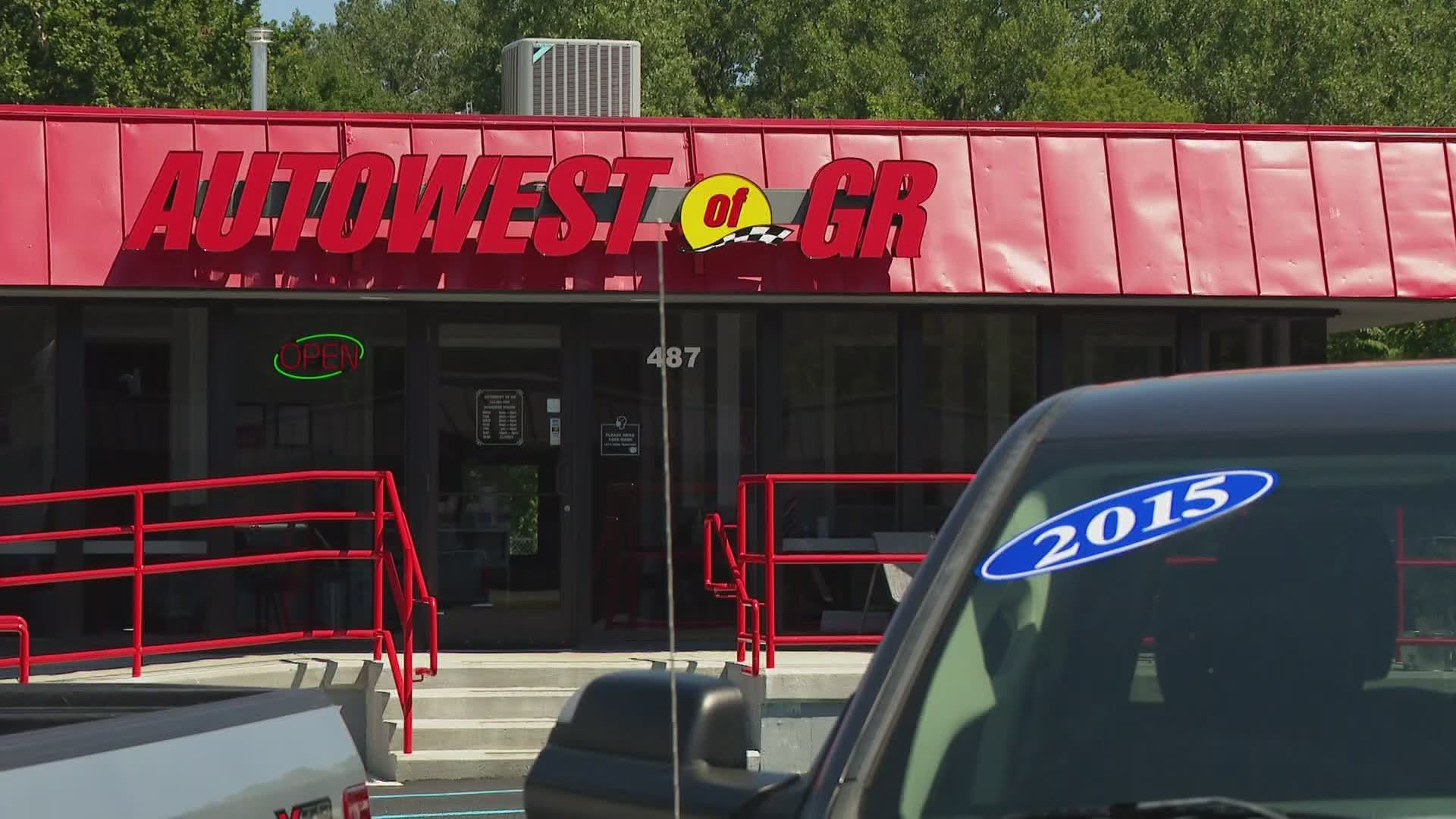 GRAND RAPIDS, Mich. — The owner of a Grand Rapids auto dealership says 22 cars were stolen just one day before a grand opening was scheduled. Originally, he estimated 17.

AutoWest on 28th Street was set to open on Saturday, Aug. 8. But Don Miller, the owner, said overnight someone broke a window using a rock, got into the office and stole the keys to all 60 vehicles.

At this point, he estimates the loss to be $300,000. Grand Rapids Police were at the scene Friday morning.

At least three cars were recovered Friday afternoon--two were across the street at a Taco Bell.