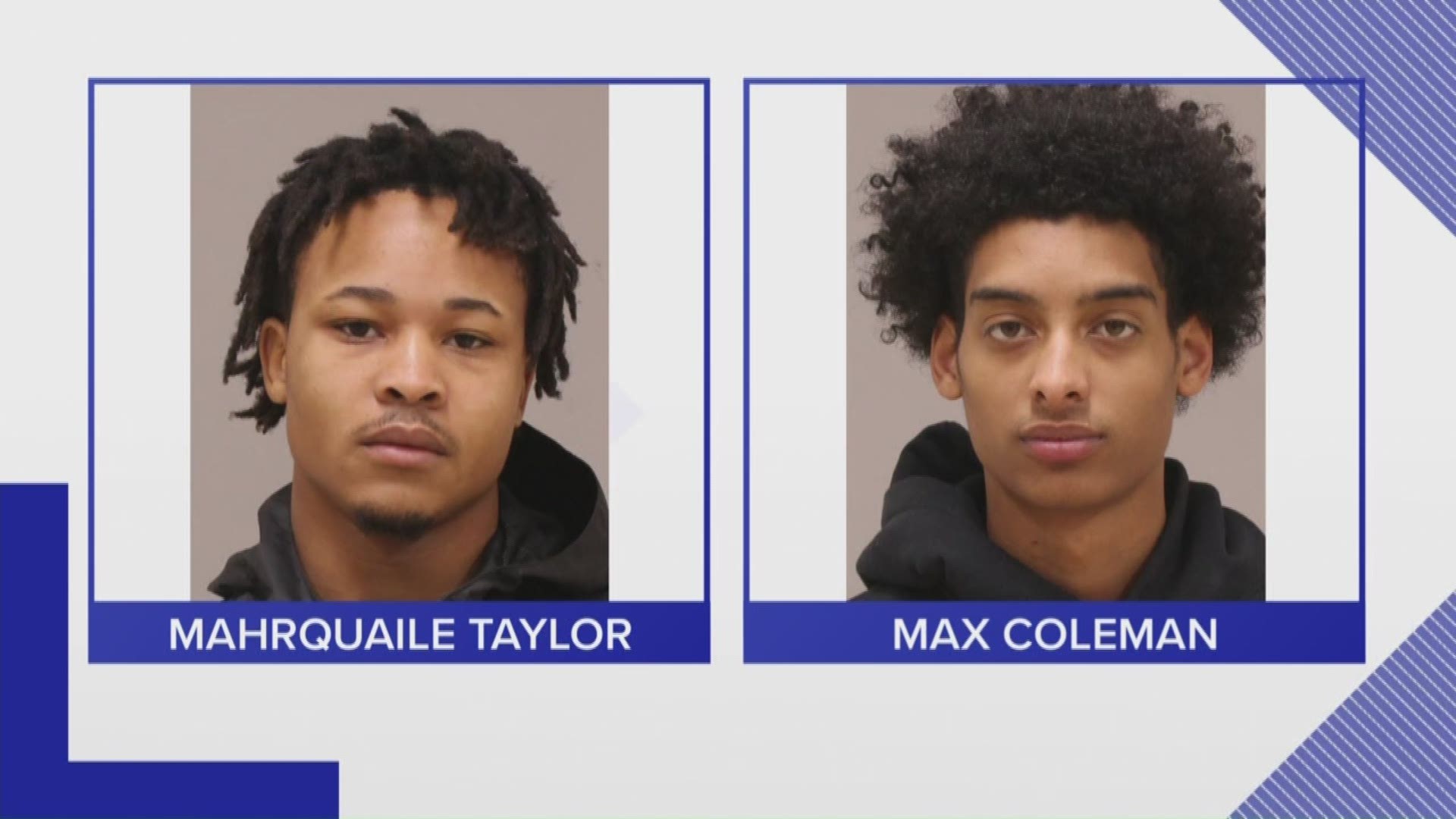 GRANDVILLE, Mich. — The Grandville Police arrested two teens Thursday in relation to the "several" thefts from unlocked cars and garages in the area of Lee Street and Dixie Avenue.

Police said they perpetrated at least six of those thefts.

They were found in one of the cars they stole, which also had more stolen property in it. Police arrested them in the early morning and then found another car they stole.

Max Coleman and Mahrquaile Wainail-Deprix Taylor, both 19 and from Wyoming, were arraigned Thursday on the charges of two counts of stolen property—receiving and concealing a motor vehicle and $1,000 or more, less than $20,000 and financial transaction device and stealing retaining without consent.

Those charges are four and five-year felonies.

Coleman was also charged with resisting and obstructing a police officer, which is a two-year felony.

The police say that if any Grandville residents want to file a stolen property report they can do so by calling 616-538-6110 and choosing option one.