Five people have been convicted in a scam that generated thousands of dollars using counterfeit bottle return slips cashed in at area Meijer stores. 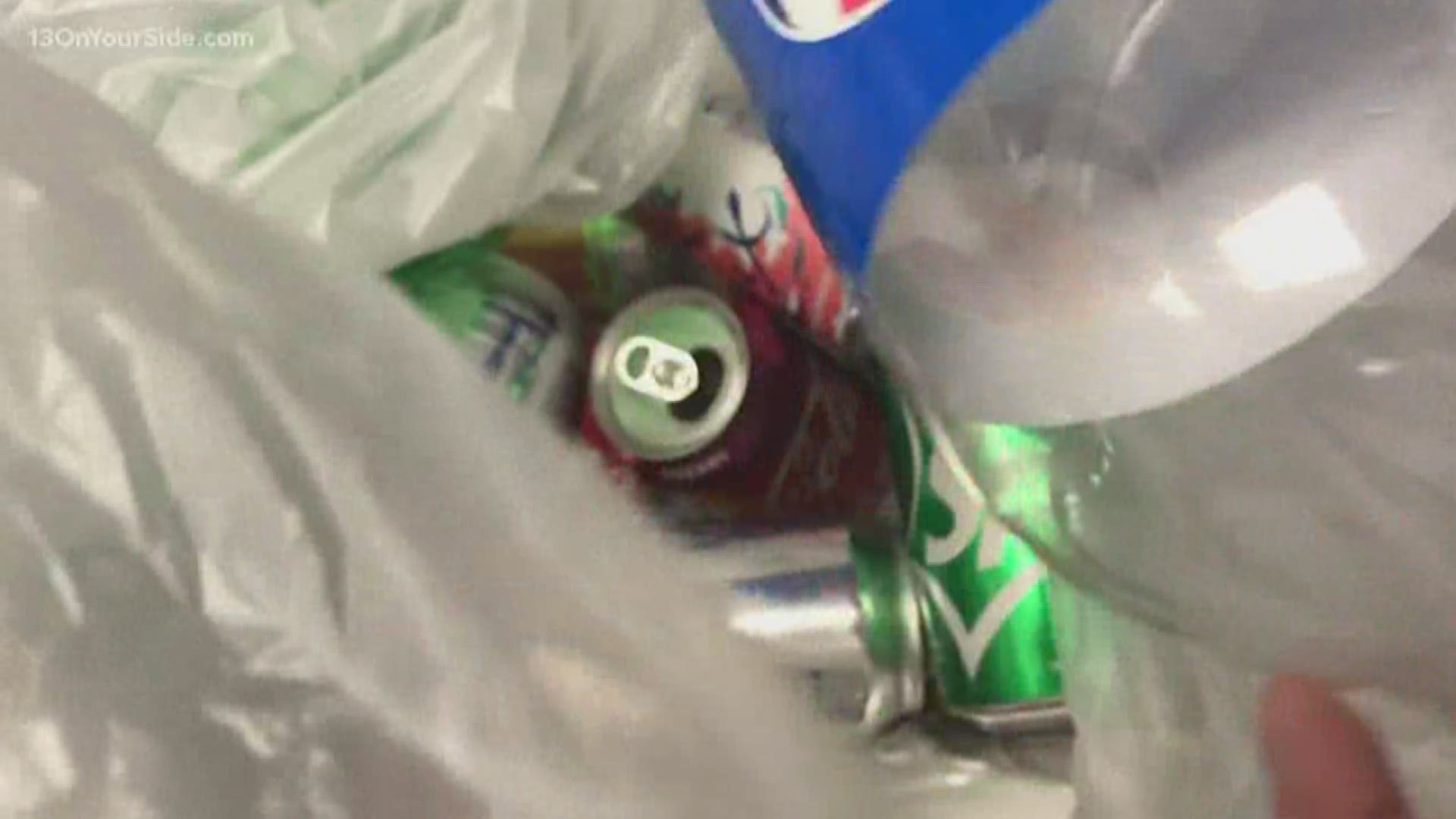 Hundreds of photo-copied bottle return slips were redeemed at between five and seven Meijer stores in the Grand Rapids area, according to investigators and court records.

The ringleader, 35-year-old Jonathan Alan Bosch, was sentenced to prison and ordered to pay Meijer more than $19,100 in restitution. Four others were given jail and probation.

The criminal enterprise got underway last year and operated for at least seven months, court records show. Seven people were involved, but only five have been prosecuted. Police are still looking for the other two.

Investigators say Bosch advertised online for returnable cans and bottles, saying they were needed for an art project.

He returned the empties to Meijer and made copies of the return slips, which he then gave to his co-defendants, court records show. The participants, including a homeless couple, cashed in the counterfeit slips at Meijer stores.

“It’s five bucks, six bucks; the vast majority of these were small numbers and then getting the clerk to essentially override the bar code,’’ Becker said. “It wasn’t anything to raise red flags that it’s a huge number of bottles.’’

One of the defendants, 38-year-old Anthony Chad Petersen, cashed in 314 counterfeit bottle return slips he obtained from Bosch over the span of the operation, court records show.

“Obviously, I regret the actions that I’ve taken to get me here,’’ Petersen said during a recent appearance in Kent County Circuit Court. “I plan on doing everything I need to do and putting this behind me.’’

Judge Paul Sullivan placed Petersen on probation for 2½ years and ordered that he serve some jail time. Three others were earlier sentenced to jail and probation.

Bosch was sentenced in May to between five and 20 years in prison for conducting a criminal enterprise. He’s on the hook for more than $19,100 in restitution. Lesser restitution amounts were assessed to the others, including about $4,900 to Petersen.

A common thread among participants was substance abuse, Becker said.

Becker said the five to 20-year sentence for Bosch was fitting, given his leadership role.

“We want to get the ringleader. We recognize that these other individuals were pawns, to some extent,’’ Becker said.

In a letter to the court, Bosch apologized. “Under the cloud of addiction, I saw things in a different light and I allowed myself to become a shell of a person,’’ he wrote the judge. “I am truly sorry.’’