GRPD responds to criticism sparked by 'Clergy on Patrol' partnership 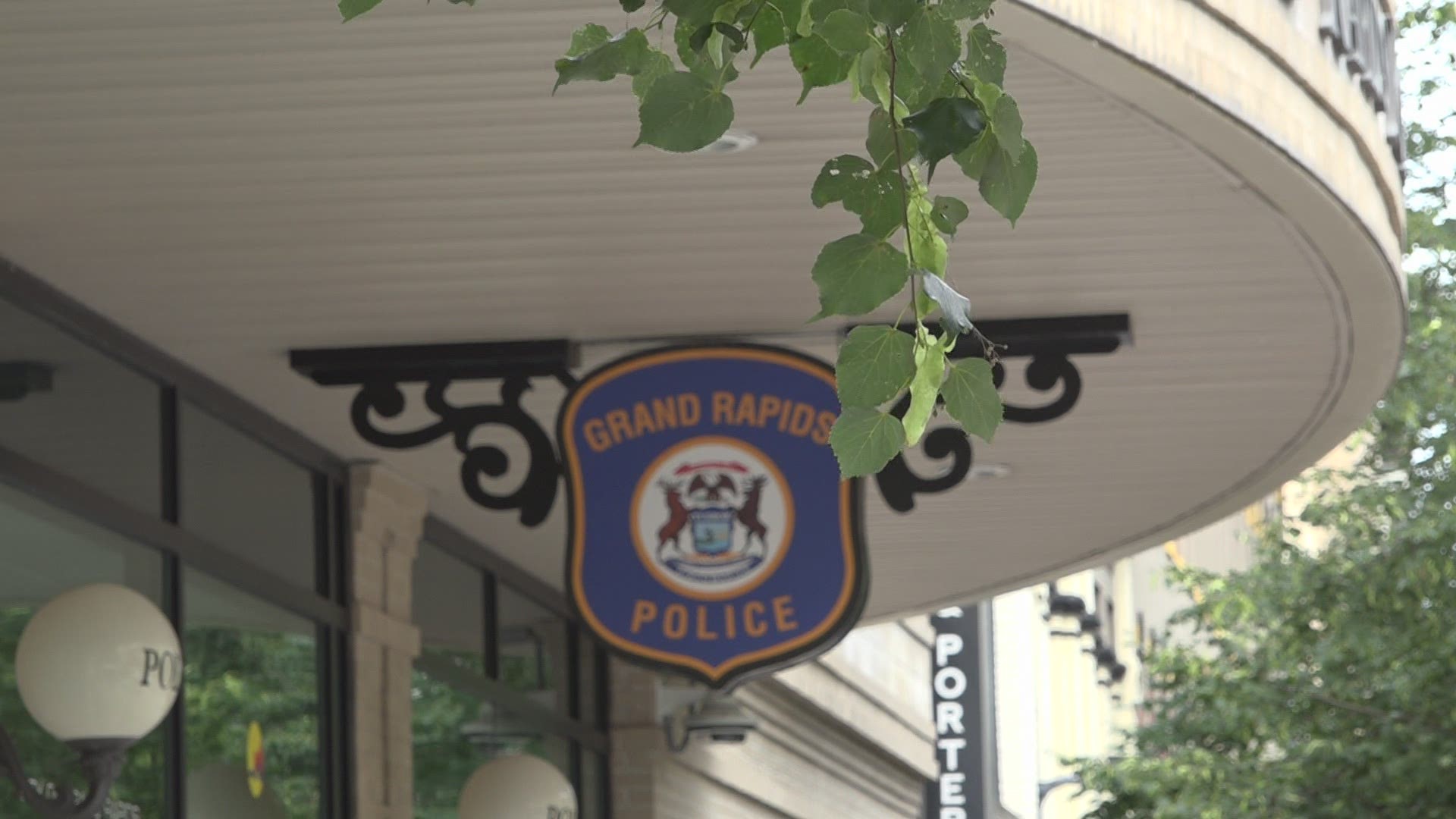 GRAND RAPIDS, Mich — Friday, Grand Rapids Police Department (GRPD) shared a post on its Facebook page announcing a partnership with local religious leaders. It is called "Clergy on Patrol." The post explains the mission is to "foster relationships between the police and faith based leaders to build bridges with the community." Photos showed religious leaders participating in use-of-force and scenario-based training at GRPD headquarters.

The post garnered thousands of comments, many criticizing the program and how it was being presented.

"One of the first things they mentioned is scenarios and use-of-force," said Brenton Kilroy, a Grand Rapids resident who commented on the original post. "So, it just seemed like incredibly missing the mark for the whole situation, considering everything about reforming the police has been to reduce use-of-force."

Monday evening, GRPD updated its post clarifying the program and its intent. It claims, in part, clergy will not be participating in law enforcement activities. They will not be armed.

Sergeant Dan Adams spoke to 13 ON YOUR SIDE Tuesday, saying there were some "misperceptions" about how the program will work. He said they updated the post to hopefully address a lot of the concerns of people in the comments.

"It’s a learning experience for us," said Adams of the post, "and it’s opening up conversations, sometimes difficult conversations."

Adams said the Clergy on Patrol program is a continuation of a former, similar project at GRPD many years ago. It is one of a few community-involved partnerships the department is working on, especially now as the pandemic-related restrictions have eased to allow events to happen. He specifically mentioned partnerships with the Youth Police Academy, Citizen Police Academy and Network 180, a mental health organization. He also added many members of the clergy had reached out to GRPD for the program, all of which are volunteers.

He called the program "sharing of information," which included four hours of exposure to police operations. That included use-of-force. Going forward, however, the clergy will not be engaging in that themselves.

"It’s just an opportunity for them to ride along with us, and to get out of the car to make connect with residents," said Adams. "Maybe play basketball with kids in the neighborhood, walking door-to-door, a call to service. It allows them to see what we’re dealing with, and allows them to give another perspective to our officers and be a bridge, a resource, between the department and community."

However, many people commented, even following the update on Facebook, with concerns over the partnership between religious leaders and police.

"That's my concern," said Nicole Nutt, a Grand Rapids resident who commented on the post, "that we're going to have these clergy members, or these religious leaders, who really don't have an understanding of the struggles that these communities face. And yet, they're out here with the police, who also, historically for a lot of folks, haven't been helpful in defusing a crisis. Rather, escalating it."

Others raised concerns over the religions being represented in the program, and called for more work with mental health partners and social workers, instead of with clergy.

Many commenters suggestion de-escalation training for the clergy rather than use-of-force. Adams said that was one aspect they worked on as well, even if the photos did not depict it.

Adams said their training, which is done for officers once a year, involves the ACT model of decision making. A sign hangs on the wall of the training room at GRPD headquarters, explaining that the model involves: Identifying alternatives, project the consequences and tell your story.

"When the clergy was here, they were learning use-of-force, but also having these conversations," said Adams, "because we have this every year when we do this training."

Credit: 13 OYS
The ACT model of decision making sign hangs in the entrance of the GRPD training room.

Adams said the training included leaders such as from the Catholic faith, different forms of Christianity and rabbis from the Jewish community. He did not have a list of all the places of worship that were involved.

Adams said the GRPD is open to having conversations about their programs and ways to improve.

"I would encourage anyone with questions about how police operate in this city," said Adams, "check out Citizen Police Academy, sit down with your neighborhood officer, sit down and come to Coffee with a Cop, or Chilling with the Chief, and ask those questions."

RELATED VIDEO: Protest over the hiring of former KDPS chief 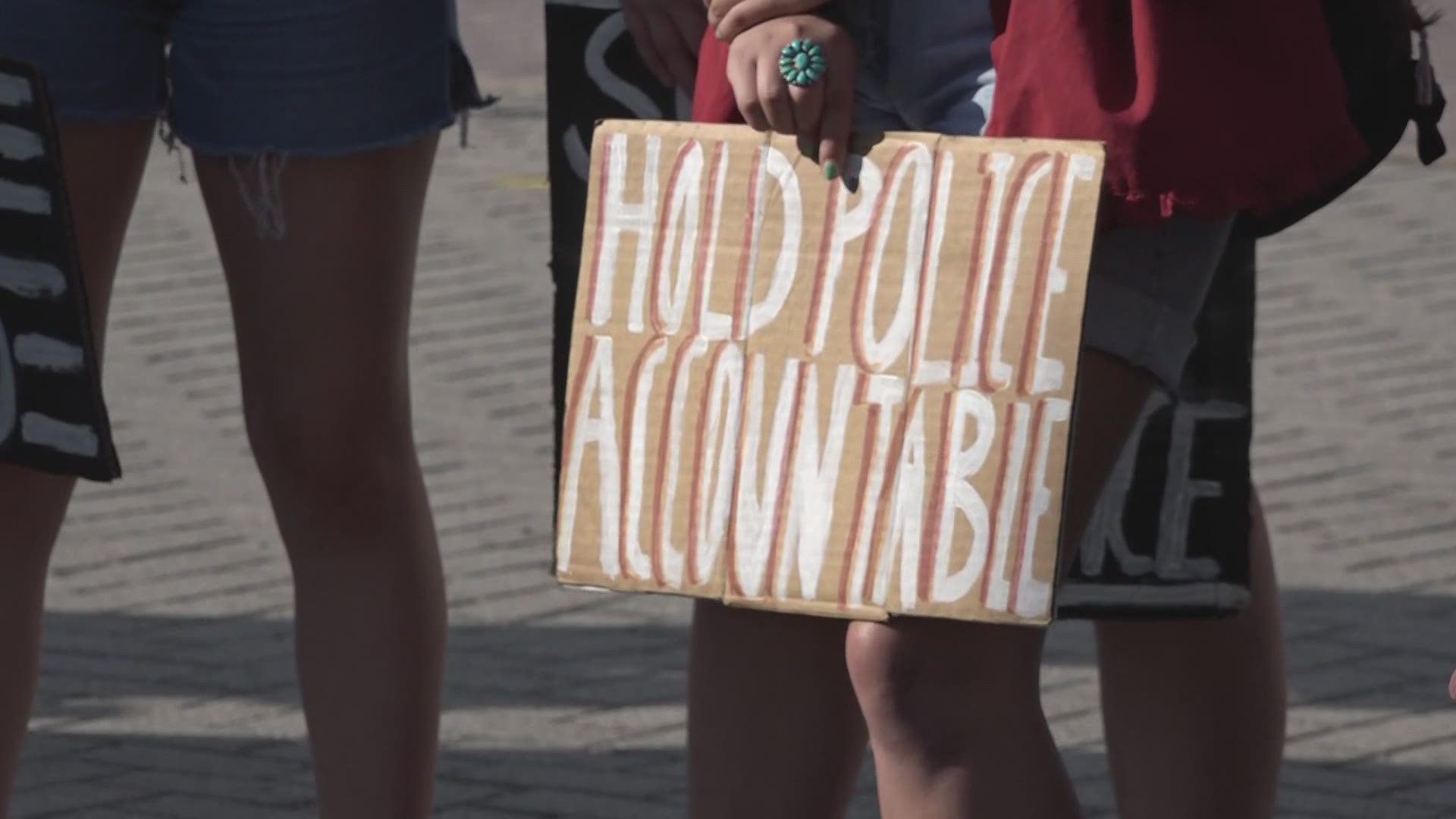