‘He was a con artist,’ victim says of tree trimmer convicted in larcenies

Tree trimmer John Bradford Wheeler was placed on probation and ordered to pay $11,400 in restitution to customers who paid him for work that was not done. 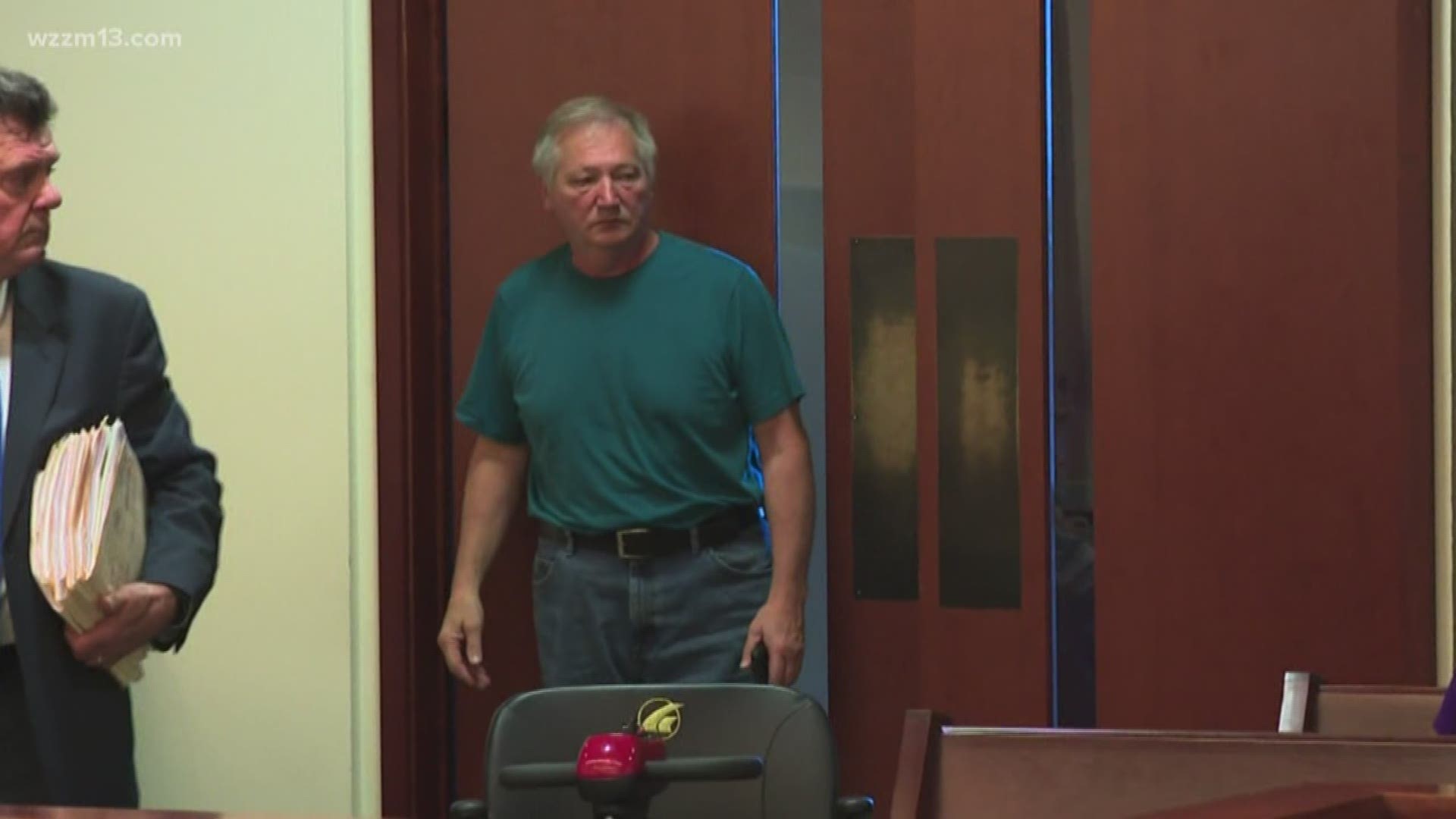 GRAND RAPIDS, Mich. — A Grand Rapids tree trimmer who collected money for work he did not perform can avoid jail and have his term of probation shortened if he pays back what he owes.

John Bradford Wheeler had three convictions of larceny by conversion resolved Tuesday in Kent County Circuit Court.  The victims in all three cases were women who paid for tree trimming and removal that was never done.

Although Wheeler had been facing up to five years in prison, Judge Paul Sullivan told him his troubles can be resolved if Wheeler pays his debt, including restitution, in a timely manner.

“I’m doing this in large part because the real gravamen of these offenses is the losses you’ve caused to individuals out there in the community,’’ Sullivan said. “The biggest desire I have is that they be reimbursed fully and as quickly as possible.’’

Wheeler, 61, has a history of legal troubles. His record includes three felony convictions for passing bad checks in 2003.

His most recent offenses occurred in July of 2018. Two of the victims lived in Rockford; one was in Grand Rapids Township.

Kathy Ford is a 72-year-old retiree living in Rockford. She gave Wheeler two payments totaling $1,250 to remove several trees from her lot on Oak Street NE. The work wasn’t done and Wheeler did not return multiple phone messages.

“Oh, absolutely I feel violated,’’ Ford said. “He was a con artist and very personable.’’

Defense attorney Donald C. Pebley said Wheeler is still working as a tree trimmer and committed to returning the money he owes. “He realizes his customers have suffered because of his actions,’’ Pebley said. “He’s going to try and make it right as quickly as he can.’’

Wheeler has a few months of jail hanging over his head, but Sullivan said he will likely suspend the additional time if Wheeler pays what he owes without any problems. Wheeler served more than six months in jail prior to his release earlier this year.

Wheeler might even see his five-year term of probation cut short.

“Once you have all of these people paid back and once you’ve paid the costs assessed by the court, the court would entertain a discharge from probation,’’ Sullivan said. “As far as I’m concerned, if that happens six months from now, I’d be willing to do it.’’

Wheeler told the judge he’s been doing tree work for 17 years and has not run into difficulties before.

That case was dismissed as part of a plea deal involving the 2018 cases.  He’s on the hook for restitution in this case and cases which did not generate criminal charges.

Outside of court, Wheeler said he has hundreds of satisfied customers in several communities, including Lowell, Ada and Rockford.

He says going forward, he will have an escrow account for customer payments and won’t cash checks until the work is done.

“I want to make things right,’’ he said. “This has been a difficult time for me.’’