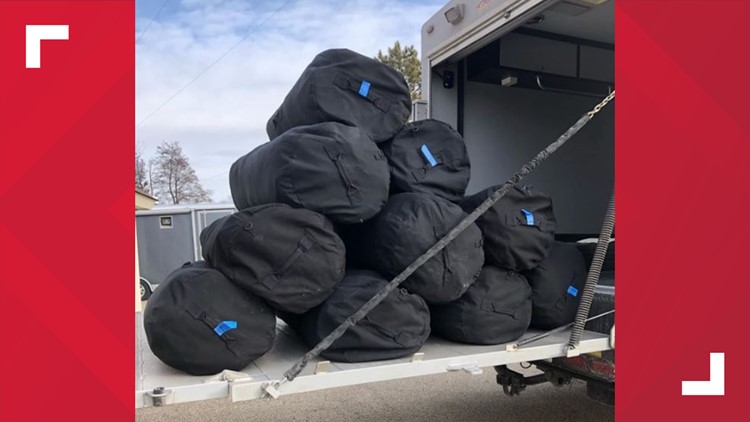 BUREAU COUNTY, Ill. — Two men were arrested in Illinois after police found 600 pounds of marijuana during a traffic stop.

On Jan. 7, an Illinois State Police trooper conducted a traffic stop on Interstate 80 in Bureau County. According to Illinois State Police, numerous indicators of criminal activity were observed. The trooper requested the assistance of a K9 officer. The K9 did a ‘free air sniff’ on the motor home, which indicated a positive alert for the presence of the odor of illegal drugs.

During the search, multiple large bags with suspected marijuana were discovered in the motor home.

The driver and passenger were arrested. Colt W. French, 34, of California and Rory W. French, 59, of California were charged with unlawful possession of cannabis with intent to deliver. Both are being held at the Bureau County Jail on $300,000 bond.