Authorities say a tip led them to the arrest of a Indiana homicide suspect in Cass County, Michigan.

EDWARDSBURG, Mich. — Authorities in Edwardsburg, Mich. say they have arrested a suspect involved in an Indiana homicide.

Around 8:30 p.m. on Tuesday, Feb. 11, police received a tip that the suspect wanted for the homicide in Marion County, Indiana was located in Edwardsburg Village, according to a press release from the Ontwa Township Edwardsburg Police Department.

Officers and deputies from the Cass County Sheriff's Office watched a home where the suspect was said to be for about two hours. Eventually officer spotted the suspect walking across the parking lot of a Marathon gas station nearby.

The police department says a plain clothes officers approached the suspect as he left the gas station store and arrested him without incident.

The suspect was taken to the Cass County Jail and will eventually be returned to Indiana. The person's name or other details were not released by authorities, since the suspect has not been arraigned yet.

Anyone with information regarding this case is asked to call the Ontwa Township Edwardsburg Police Department at 269-663-8444 or email the police department at otepd@comcast.net. 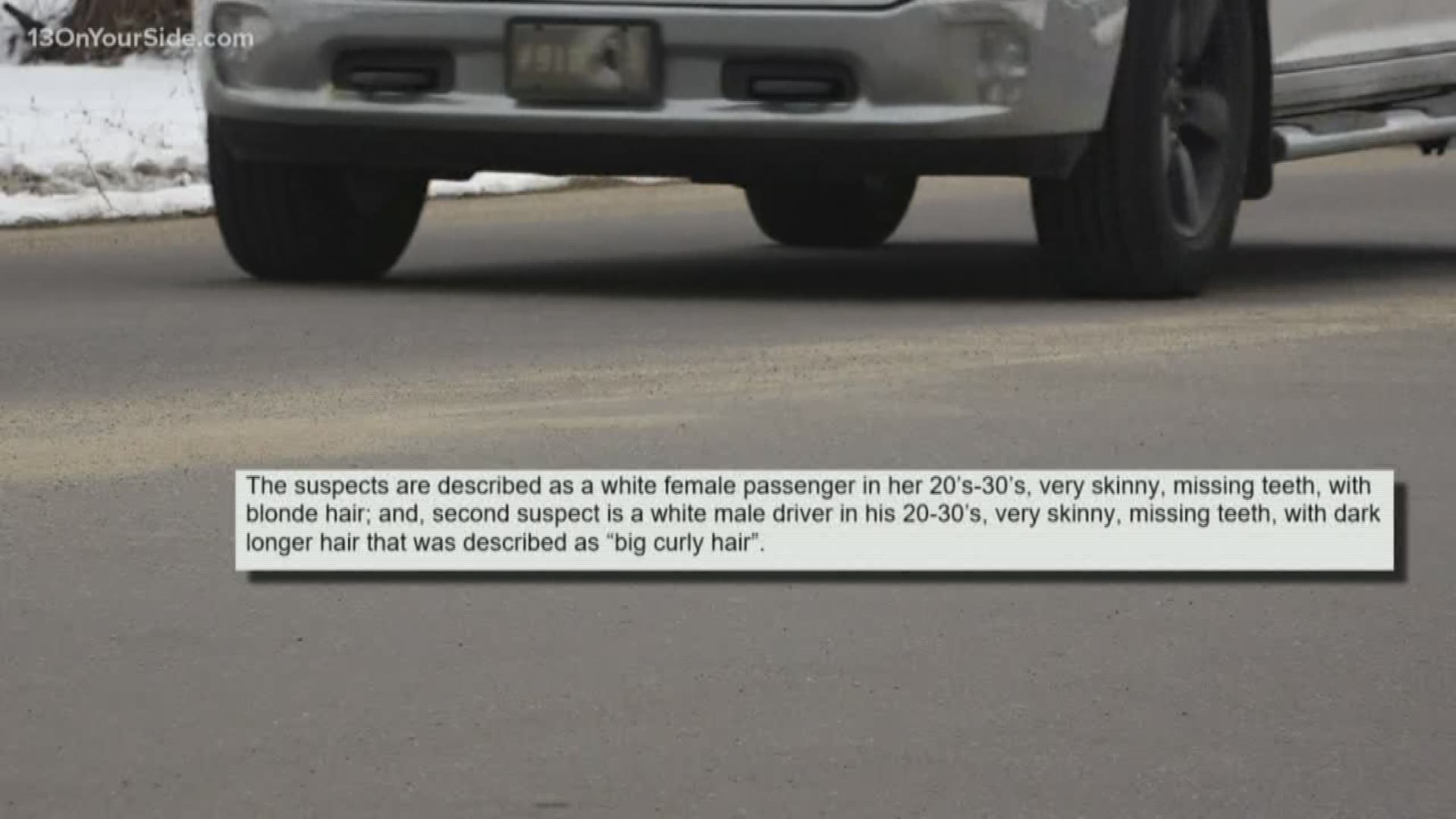 More Crime News and Investigations on 13 ON YOUR SIDE: