After rejecting a plea deal Monday, jury selection got underway for Jared Chance in the murder and dismemberment of a Kalamazoo County woman. 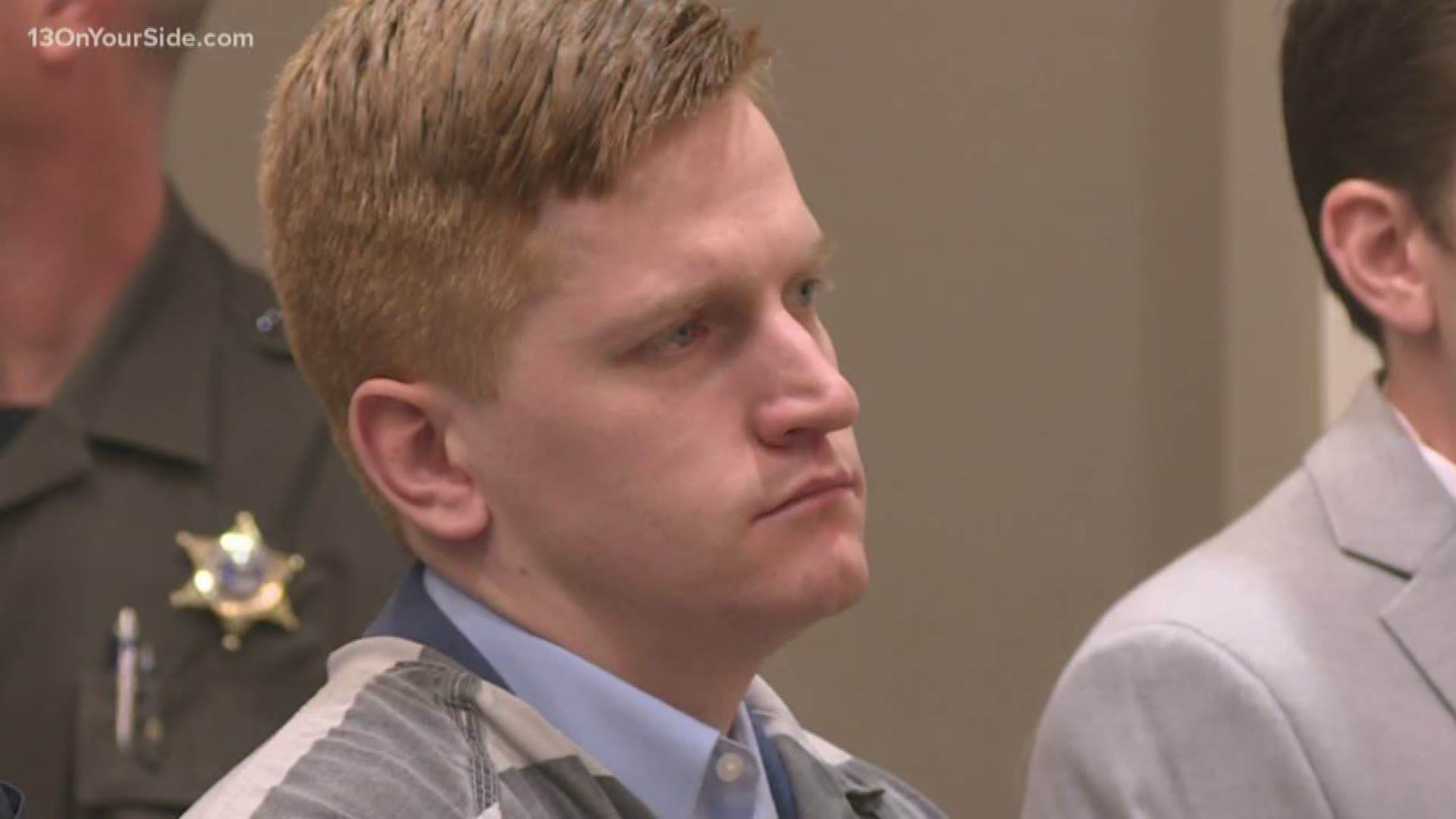 GRAND RAPIDS, Mich. — Accused killer Jared Chance rejected a plea deal on Monday that would have put him in prison for at least 31 years, opting instead to take his chances at trial in the murder and dismemberment of a Kalamazoo County woman.

A plea deal extended Friday required Chance to disclose how 31-year-old Ashley Young died and what happened to the woman’s head, hands and feet.

Grand Rapids police on Dec. 2 found Young’s torso wrapped in a tarp in the basement of Chance’s rental home on Franklin Street SE. Her arms and legs were found in a cardboard box on a stairway landing. The box had the defendant's name and address on it.

When asked Monday if he wanted to accept the offer, Chance declined. "I'd like to go to trial,'' he told Trusock.

A jury was selected on Monday; opening statements and testimony are set to get underway Tuesday, Sept. 10.

Chance, 30, faces multiple charges, including open murder, for the death and dismemberment of Young. The prosecution is asking for a conviction of second-degree murder, which is punishable by a term of years up to life.

Because of prior felony convictions, sentencing guidelines for second-degree murder call for a minimum term of between 26¼ and 87½ years in prison.

Chance has been locked up since the torso of Ashley Young was found. The Oshtemo Township woman last was seen alive Nov. 29.

A search of the home of Chance's parents on W. 20th Street in Holland turned up a power saw beneath the living room couch. Young's DNA was found on the blade.

James and Barbara Chance each are charged with being an accessory after the fact to a felony, which is punishable by up to five years in prison. They are also charged with perjury, a potential life offense. Trials for the pair are pending.