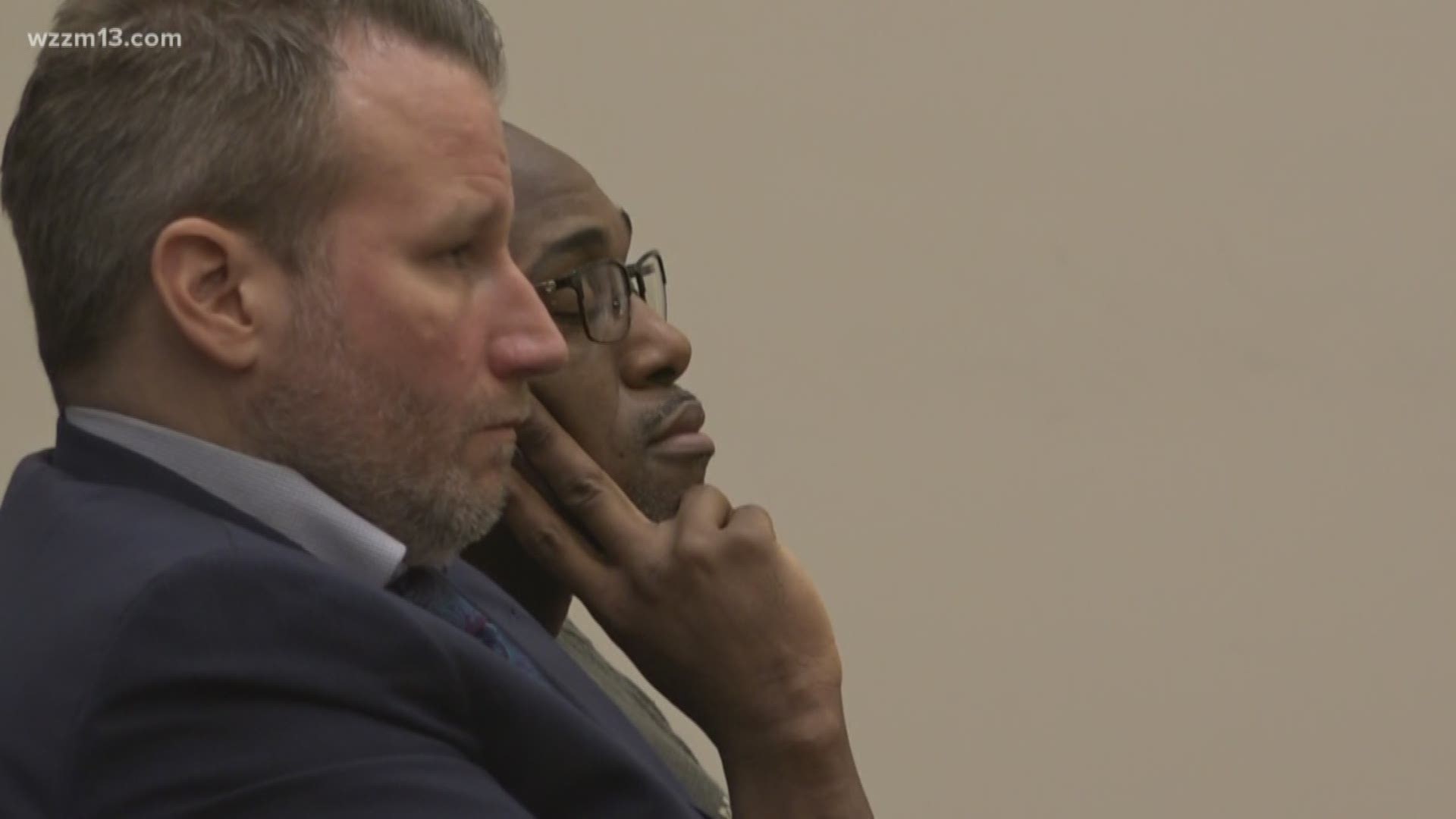 GRAND RAPIDS, Mich. — A jury on Thursday convicted 43-year-old Quinn James of first-degree murder in the 2018 strangulation death of an East Kentwood High School student who accused him of rape.

James, who in December was sentenced to decades in prison for sexually assaulting Mujey Dumbuya when she was 15, now faces mandatory life in prison for her death. He will be sentenced in late March.

Thursday's verdicts on murder and murder conspiracy charges close out a high-profile trial that got underway last week and included testimony from about four dozen witnesses.

Kent County Circuit Court Judge George Jay Quist thanked the jury of six men and six women for their service. "Obviously this has been an emotional trial,'' Quist said.

Jurors deliberated about 5-½ hours over two days before announcing they had reached a decision shortly after noon Thursday. Deliberations lasted about 90 minutes on Wednesday. They were back at it at 8:15 a.m. today.

Jurors had a handful of questions for the judge, including whether James had to be the one who physically strangled Dumbuya in order for him to be found guilty of murder. Quist said no. Jurors also asked about second-degree murder.

James, who occasionally became animated during six days of testimony, did not take the stand. Defense attorney Jonathan Schildgen did not call any witnesses. He spent nearly two hours Wednesday trying to convince jurors of his client’s innocence.

Because James was accused of raping Dumbuya, investigators only focused on him when she was found dead, Schildgen argued.

“It has to be Quinn,’’ Schildgen said in closing statements Wednesday. “What they are asking you to do, in my opinion, is to disregard everything that they knew at that time.”

Evidence linking James to the crime, including traces of Dumbuya’s DNA in James’ rental vehicle, does not necessarily mean he killed her, Schildgen argued.

Kent County Assistant Prosecutor Kellee A. Koncki told jurors there was ample motive – and evidence – to conclude James orchestrated and carried out Dumbuya’s murder in January of 2018.

Koncki said the victim’s DNA was found in a rental vehicle James was driving. James began ‘stalking’ Dumbuya after she accused him of rape. And he made statements about needing to ‘get rid’ of Dumbuya, Koncki told jurors.

“The evidence and the law prove, beyond a reasonable doubt, that he’s guilty of first-degree, premeditated murder,’’ Koncki told jurors on Wednesday.

“It happened how it’s supposed to happen. They took evidence and then a warrant is issued for the murder,’’ she said in closing statements. “Make sure I was honest with you. Make sure everything I said is backed up by evidence.’’

Kent County Prosecutor Chris Becker said his office is "tremendously pleased'' with Thursday's outcome. He thanked the jury for its work.

"They have assured an extremely dangerous man will not have an opportunity to victimize another family,'' Becker said. "Nothing can bring Mujey back, but hopefully this verdict can give her family some measure of justice.''

Dumbuya, 16, was last seen alive on the morning of Jan. 24, 2018 when she left her apartment complex near Burton Street and East Paris Avenue SE to walk to a nearby bus stop.

Her body was found in Kalamazoo four days later by two Western Michigan University students out for a walk. An autopsy determined she died from asphyxiation.

James, who was living in the city of Wyoming, was soon identified as a person of interest in her death. He was charged with her murder in April of last year.

He went to trial in October on multiple counts of criminal sexual conduct for raping Dumbuya in 2017 when she was 15. A Kent County jury found him guilty; James was sentenced in December to between 20 and 30 years in prison.

A second man, 59-year-old Gerald Bennett, is awaiting trial for assisting James in Dumbuya’s murder. A trial date is pending.