Todd Szakacs was recently charged with embezzling from the department. 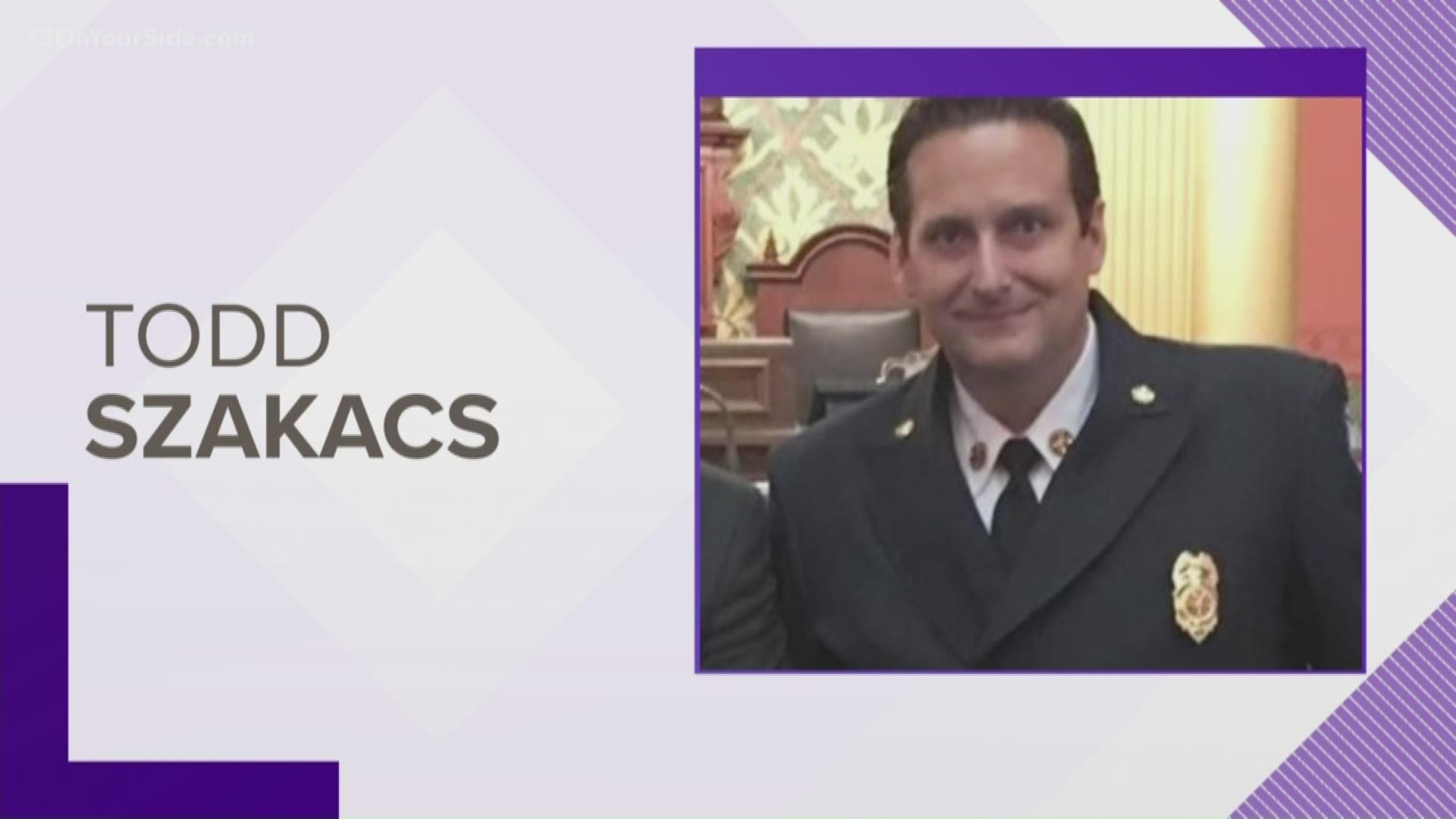 BYRON TOWNSHIP, Mich. - A former fire chief in Kent County has been charged with embezzling from the department.

According to the Kent County Sheriff's Office, former Cutlerville Fire Chief Todd Szakacs was arraigned this week on charges of embezzlement by a public official and using a computer to a commit a crime.

The sheriff's office says on Oct. 8, they were contacted by officials in Byron and Gaines Townships about a possible case of embezzlement. The Cutlerville Fire Department is owned by both townships in an inter-governmental agreement.

An investigation found several items of property purchased during a renovation project by the department in 2016 were missing.

The sheriff's office says further investigation revealed at the time, Szakacs served as the fire administration for the department until Dec. 2018. He supervised the renovation project and was involved in purchasing the material and equipment related to the renovation.

A search warrant was issued and investigators ended up finding several of the missing items in Szakacs' home.

The case is now being reviewed by the Kent County Prosecutor's Office.