Two vehicles were stolen from the auto shop, along with multiple sets of keys Wednesday, August 14. 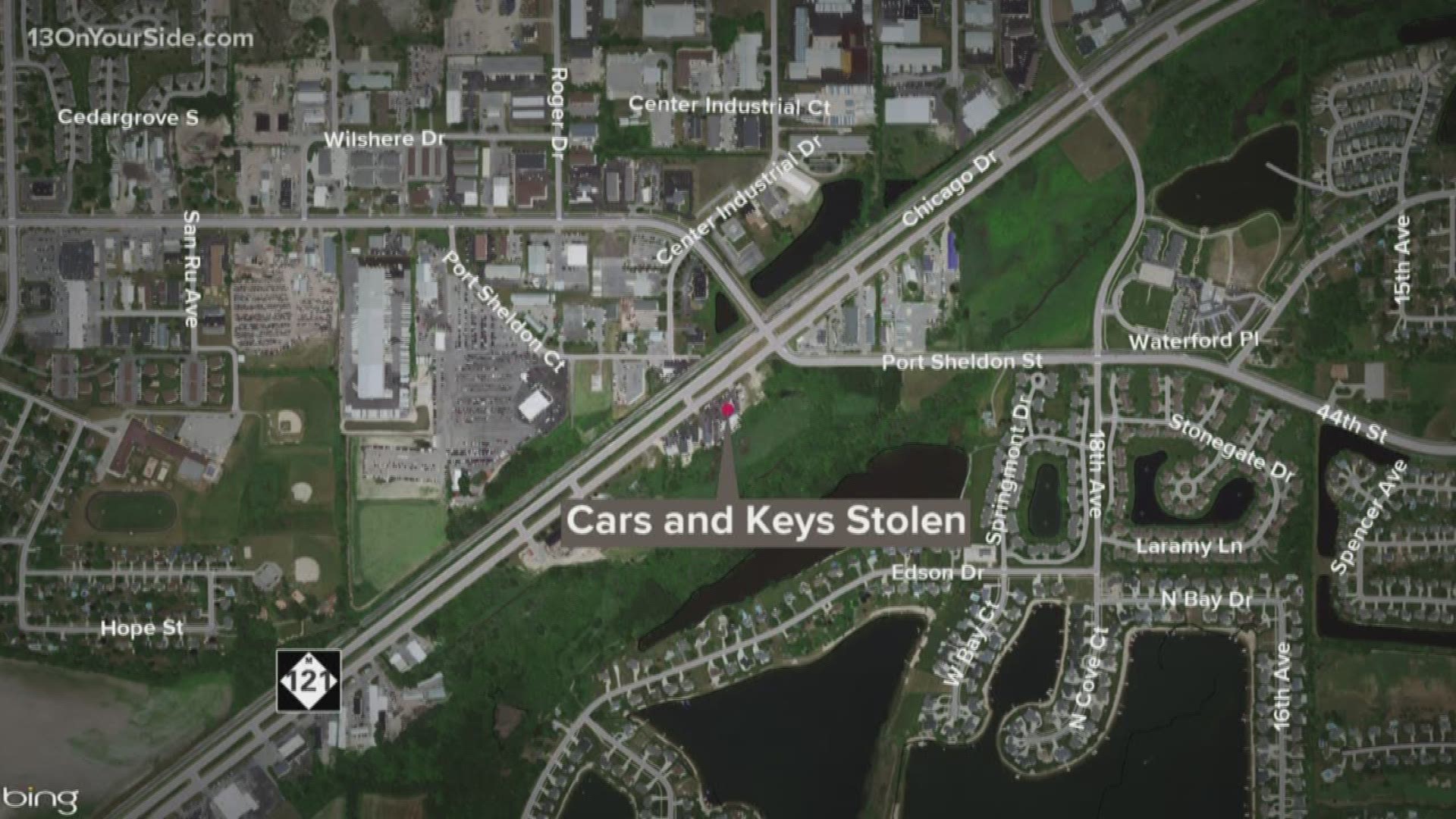 GEORGETOWN TOWNSHIP, Mich. - No arrests were made after thieves stole keys and at least two vehicles from an Ottawa County auto shop.

According to a release from the Ottawa County Sheriff's Office, it happened around 2:10 a.m. on Wednesday, August 14.

Deputies were trying to stop a vehicle for an illegal turn onto Chicago Drive, near Port Sheldon Street in Georgetown Township.

The vehicle didn't stop, authorities say, and instead fled eastbound on Chicago Drive. The suspect driver led deputies on a chase, which ended at the intersection of Chicago Drive and Main Street. The vehicle was last seen getting on eastbound I-196.

During the chase, deputies say they saw unknown items thrown from the vehicle. When they went back for them, they discovered those items were numerous sets of car keys from Parkway Auto. The auto shop had been broken into and the keys, along with two vehicles, were stolen from the business.

One stolen vehicle was located a short distance away from the auto shop. While investigating other businesses nearby, the deputies say they located another vehicle stolen out of the Grand Rapids area.

These incidents remain under investigation by the Sheriff’s Office and anyone with information is asked to contact Ottawa County Central Dispatch at 1800-249-0911 or Silent Observer at  1-877-88-SILENT.