Law enforcement and pharmacies hope a continued crackdown on ‘smurfing’ will stem local production of methamphetamine. 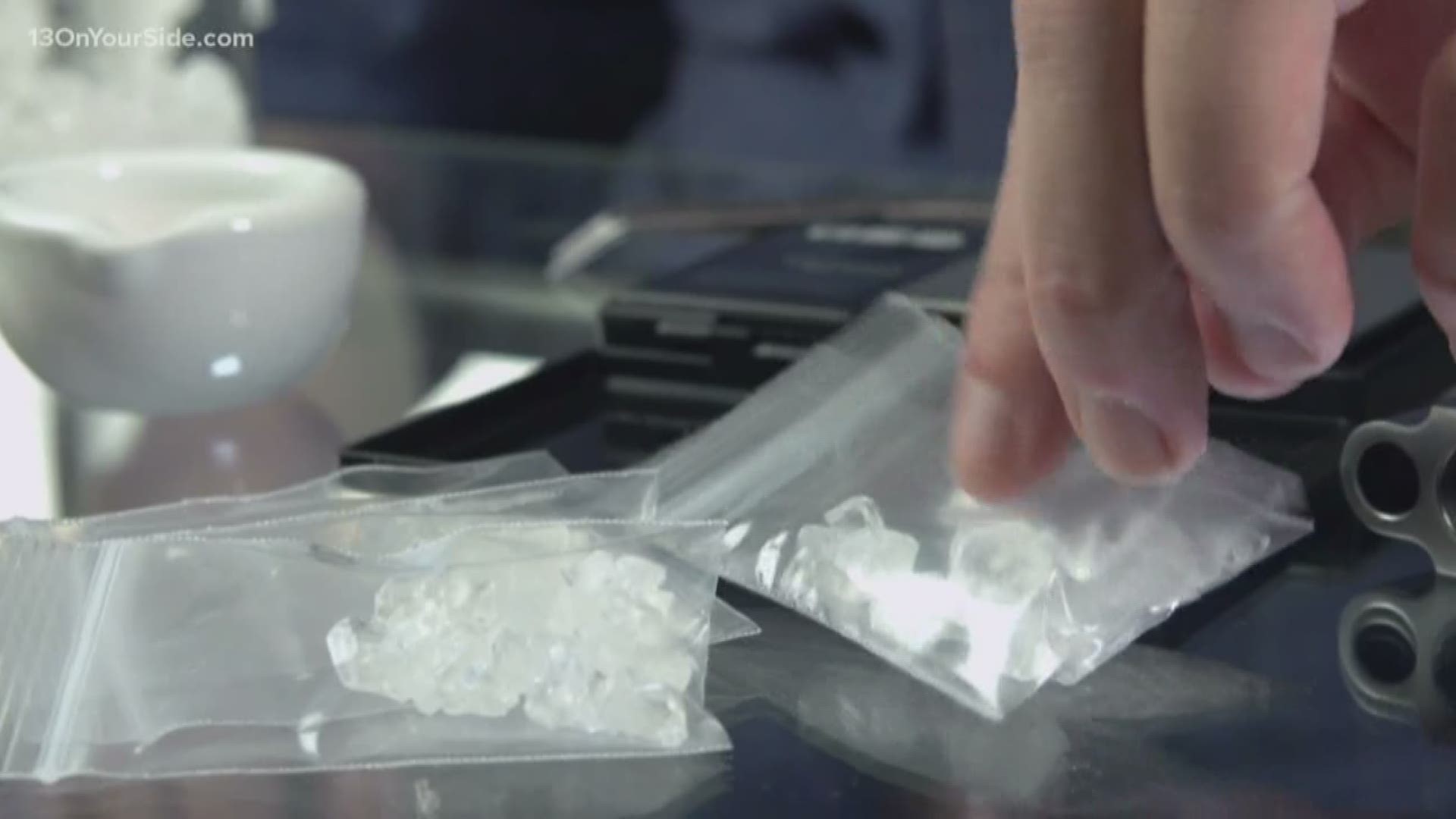 GRAND RAPIDS, Mich. — Restrictions on the sale of cold and allergy medications illegally used to make methamphetamine has taken on renewed importance as the number of people experimenting with meth continues to rise, local leaders say.

“If people buy these medicines to make meth, there will be serious consequences,’’ Kent County Prosecutor Chris Becker said.

Becker made his comments during a Monday news conference at Keystone Pharmacy on Cascade Road SE to raise awareness about efforts to curb the illegal purchase of over-the-counter medications used to make meth.

Officials are worried the recent surge of methamphetamine coming here from Mexico could also drive demand for locally-produced meth. That after a recent period of relative quiet.

“We haven’t had a huge issue in terms of the meth labs across Kent County, across the state because we’re seeing a lot more of the Mexican meth come up,’’ Becker explained. “But once you see more money in it, they’re going to try and make it here.’’

Law enforcement across western Michigan have seen a spike in crystal methamphetamine arriving here from clandestine labs in Mexico. A federal prosecutor called it "the latest scourge.''

Efforts to curb local meth-making got a boost in 2012 when a new state law took effect that limited sales of pseudoephedrine, an over-the-counter medication illegally used to make meth.

The law limited how much pseudoephedrine a person could buy and set up a system to track sales at pharmacies.

“Michigan pharmacists have been on the front lines of the fight against local meth production,’’ Wagenknecht said.

The NPLEx system in 2018 successfully blocked 1.7 million pseudoephedrine sales among participating states, including 64,000 sales in Michigan, he said.

“If someone asks you to purchase Sudafed for them, you should think twice,’’ Wagenknecht said. “Because chances are, if they are paying you to purchase it for them, it’s likely going to be used for something that is against the law.’’

Purchasing pseudoephedrine for another person’s meth cook, known as 'smurfing,' is a five-year felony. Delivery or manufacture of methamphetamine carries a 20-year term.

The Asthma and Allergy Foundation of America applauds efforts to keep pseudoephedrine available to law-abiding citizens and out of the hands of meth makers, said Kathleen Slonager, executive director of the AAFA’s Michigan chapter.

“It stops the criminals from abusing these medications to make their illegal meth,’’ Slonager said. “But just as importantly, it does not stop allergy sufferers from getting their medication that they so badly need.’’