Eric Anthony Alvarez, who is accused of a road-rage ‘body-slam’ in a Walker business parking lot, was trying to avoid a confrontation, his lawyer says.

WALKER, Mich. — A Grand Rapids man accused of ‘body-slamming’ a woman to the pavement in what police say was a case of road rage was actually trying to avoid conflict when he pulled into a Starbucks parking lot with the woman in tow, his lawyer said.

“My client doesn’t know how this started, other than she was tailgating him, blowing her horn and he tried to get away from her,’’ attorney John Beason said. “There are two sides to every story; you should not jump to conclusions.’’

Beason made his comments Tuesday following a probable cause hearing in Walker District Court for 24-year-old Eric Anthony Alvarez.

The Grand Rapids man is charged with assault with intent to commit great bodily harm less than murder for the Feb. 13 incident in the parking lot of Starbucks on Alpine Avenue north of Coventry Drive NW.

Walker police were dispatched there on a report of a fight in the parking lot. Upon arrival, officers found 23-year-old Samantha Ann Sutherlin unconscious and on the ground with a severe head injury, court records show.

“Witnesses on scene stated Eric Alvarez picked the victim up in the parking lot and body slammed the victim onto the concrete,’’ a Walker officer wrote in a probable cause affidavit. “Witnesses took a photograph of the suspect and the suspect’s registration prior to him leaving the scene. A witness also identified Eric Alvarez during a show up after Eric’s arrest.’’

Court records indicate a 2013 Chevy Cruz driven by Alvarez collided with the victim's 2003 Subaru Forester, although Beason said he does not believe there was a collision.

Beason said his client had just picked up his girlfriend from a local hospital, where she had undergone a “serious medical procedure.’’

They were heading north on U.S. 131 in Grand Rapids when they encountered a motorist “driving behind them flashing her lights, honking her horn,’’ Beason said.

Alvarez merged onto westbound Int. 96 and exited to northbound Alpine Avenue with the other driver following, Beason said.

“She was still flashing her lights and honking her horn,’’ he said. This took place all the way down Alpine, until he turned into Starbucks to get away from her.

“At that point, he was not the aggressor,’’ Beason said of Alvarez. “He parked in front of the Starbucks, got out of his vehicle when she pulled in behind him. And that’s when the altercation started.’’

Sutherlin, meanwhile, remains hospitalized with a traumatic brain injury. She has two children, ages 1 and 3. A GoFundMe account for Sutherlin has raised more than $13,000.

Alvarez will be back in court on March 20 to hear the evidence against him. The prosecution has about a half-dozen witnesses that may be called to testify. 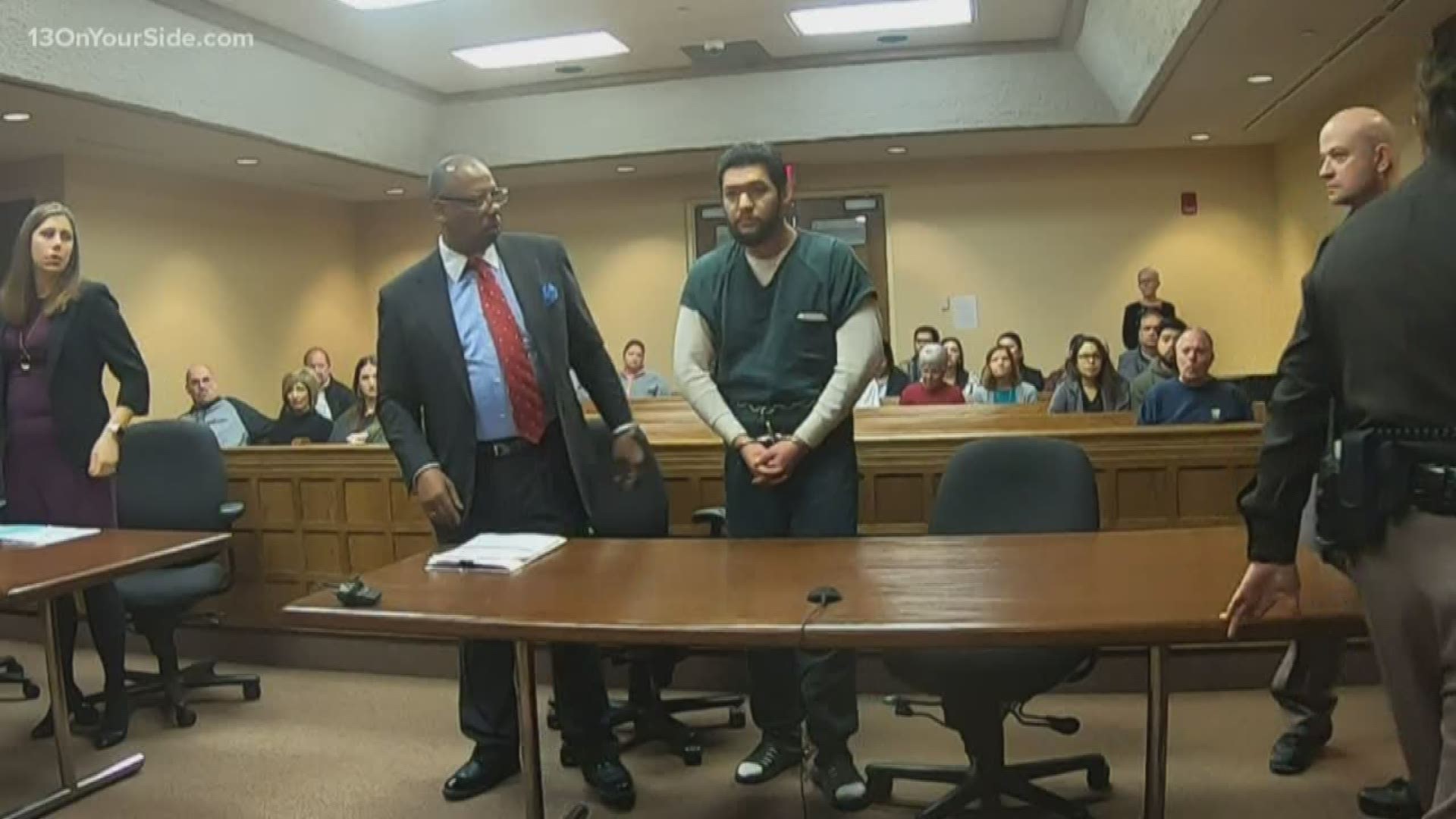