The dog, named Kita, was shot after going into a neighbor’s yard in northern Kent County’s Spencer Township on Nov. 4. 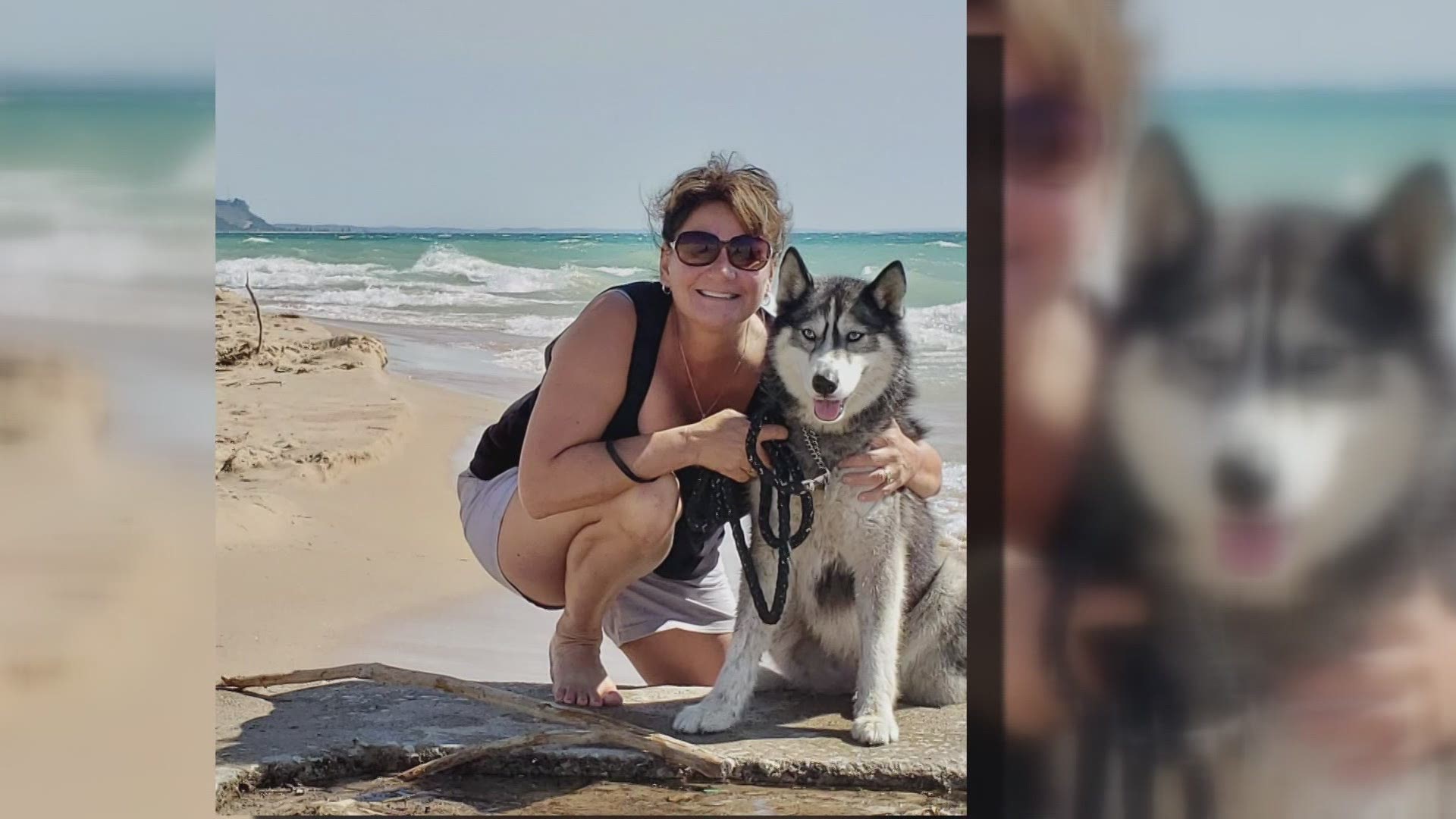 CEDAR SPRINGS, Mich. — A northern Kent County man has been charged with killing a Siberian husky, which the owner says got loose and was shot after straying into the neighbor’s yard.

“I was definitely in shock,’’ said Cindy D. Holliday, whose dog, Kita, was shot on Nov. 4. “My friend and I were out searching and calling for her when we heard the shot.’’

The shooting happened in the yard of her next-door neighbor on 19 Mile Road NE in Spencer Township.

Holliday says Kita had gotten loose months earlier and killed one of her neighbor’s chickens. Kita, she said, did not pose a threat the night of the shooting.

“She just happened to get away from me while I was putting her leash on,’’ Holliday said. “We did hear the dog scream and then a gunshot was fired immediately after, while I and my friend were on the other side of the house calling for the dog.’’

The Kent County Prosecutor’s Office this week authorized a felony complaint charging 43-year-old Matthew Clay Goldsmith with animals – killing/torturing. It accuses him of killing Kita “without just cause.’’

The felony is punishable by up to four years in prison and a $5,000 fine. Those convicted can be ordered to perform up to 500 hours of community service; the court may also order psychiatric evaluation.

A woman at the Goldsmith home said they did not want to comment.

Holliday said Kita was a rescue dog that came into her home about four months ago. After Kita got loose and killed a chicken in the Goldsmith’s backyard, she said she tried to make amends.

“I offered to replace it or get multiple chickens for them or give them money – whatever they wanted,’’ Holliday said. “I was trying to have it worked out, but they weren’t interested in doing that.’’

“Most of us have pets and we understand that pets are kind of an extension of our family members,’’ she said. “It’s sad and emotional any time a pet dies, especially under these circumstances.’’

Matthews urged people who have issues with animals running at large to contact law enforcement.

Goldsmith is the second person charged with killing a dog in Kent County in as many months.

A charge of animals – killing/torturing, was filed in mid-October against Clarence Ivan McCoy of Grand Rapids. He’s accused of shooting a neighbor’s dog, named Breezy, after the animal got into his yard on Dunham Street SE. That case has been moved to Kent County Circuit Court.

“We have seen a few more and it is something we take very seriously, obviously, because a lot of situations, people think pets are basically part of the family,’’ Kent County Prosecutor Chris Becker said.

Just because someone else’s dog is on your property does not give you the right to shoot it, Becker said.

“Not just simply for that; not just for an animal being on your property – be it a dog or some other animal,’’ Becker said. “There’s got to be more there.’’ 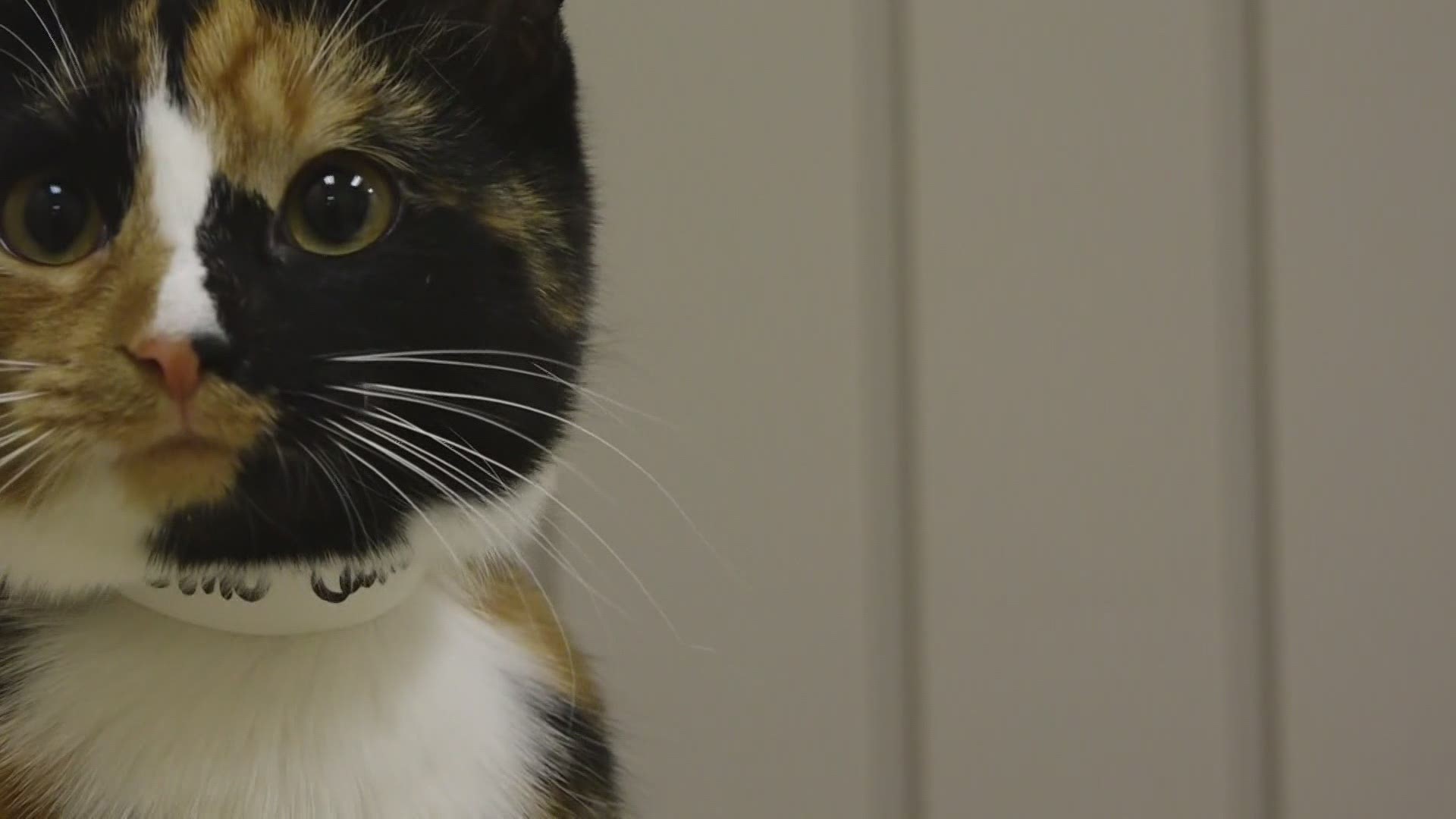