Cory D. McGill, who has a history of domestic violence, is accused of holding a pistol against the head of his ex-girlfriend and telling her she was going to die. 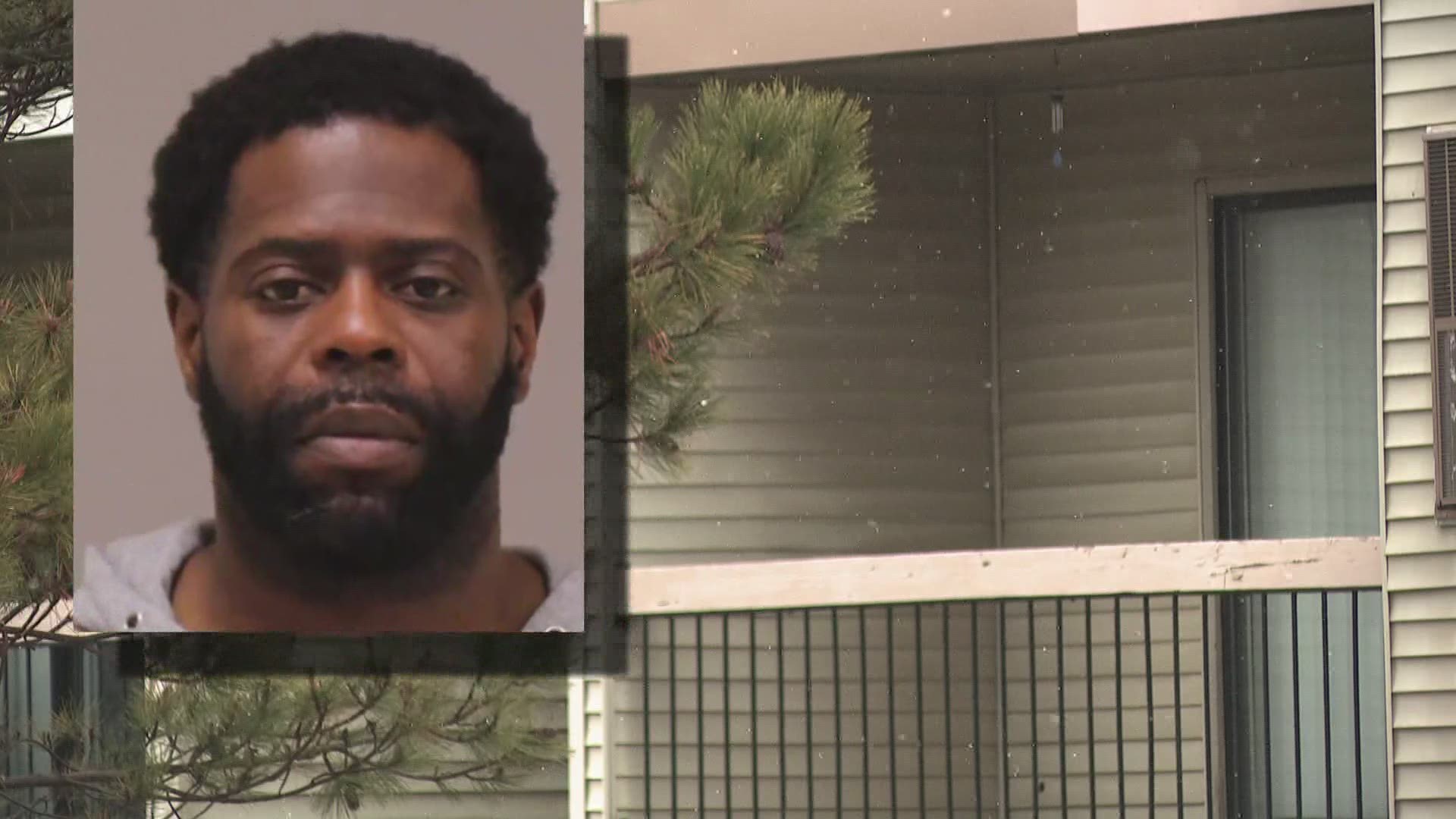 KENTWOOD, Mich. — A man with a history of domestic violence is accused of pistol-whipping his ex-girlfriend and cutting her with a broken lamp during a prolonged sexual assault in Kentwood.

He reportedly told the victim: “I am going back to prison. You are at least gonna give me some p----.’’

“He took her home and things happened and there was a rape and severe beatings,’’ Becker said. “It’s a very serious case.’’

Bond was set at $400,000; a probable cause conference is scheduled for later this month.

McGill is no stranger to the criminal justice system. He’s been in and out of prison since 1996.

His convictions include possession of drugs, forgery and absconding on bond. Mostly though, it’s been domestic violence.

McGill was listed as a parole absconder on Jan. 8 - one day after the alleged assault on his ex-girlfriend at an apartment complex near 44th Street and Walma Avenue SE.

According to a probable cause affidavit, the victim said McGill dropped her off at her apartment on Jan. 7 and asked to come inside to use the bathroom. Once inside, the attack commenced.

He hit her in the head with a pistol several times and then began to rape her, court records show.

The victim fought back, hitting McGill with a glass lamp. McGill took a piece of broken glass from the lamp and began cutting the woman’s arms and wrists, Kentwood Detective Tim Nelson wrote in a probable cause affidavit.

“McGill held the pistol against her head and told her that she is going to die tonight,’’ Nelson wrote.

McGill again began to rape the woman, but she was able to break free and go to a neighbor’s apartment for help, court records show. When police arrived, she had numerous lacerations to her head and arms.

“The apartment and hallway had a large amount of blood throughout,’’ Nelson wrote. “McGill was in possession of a pistol and used it in the incident.’’

Prior felony convictions precluded McGill from having a firearm.

Members of a Grand Rapids fugitive task force on Wednesday located McGill at a house on Thomas Street near Dolbee Avenue SE. He initially refused to come out, but surrendered shortly after 10 a.m.