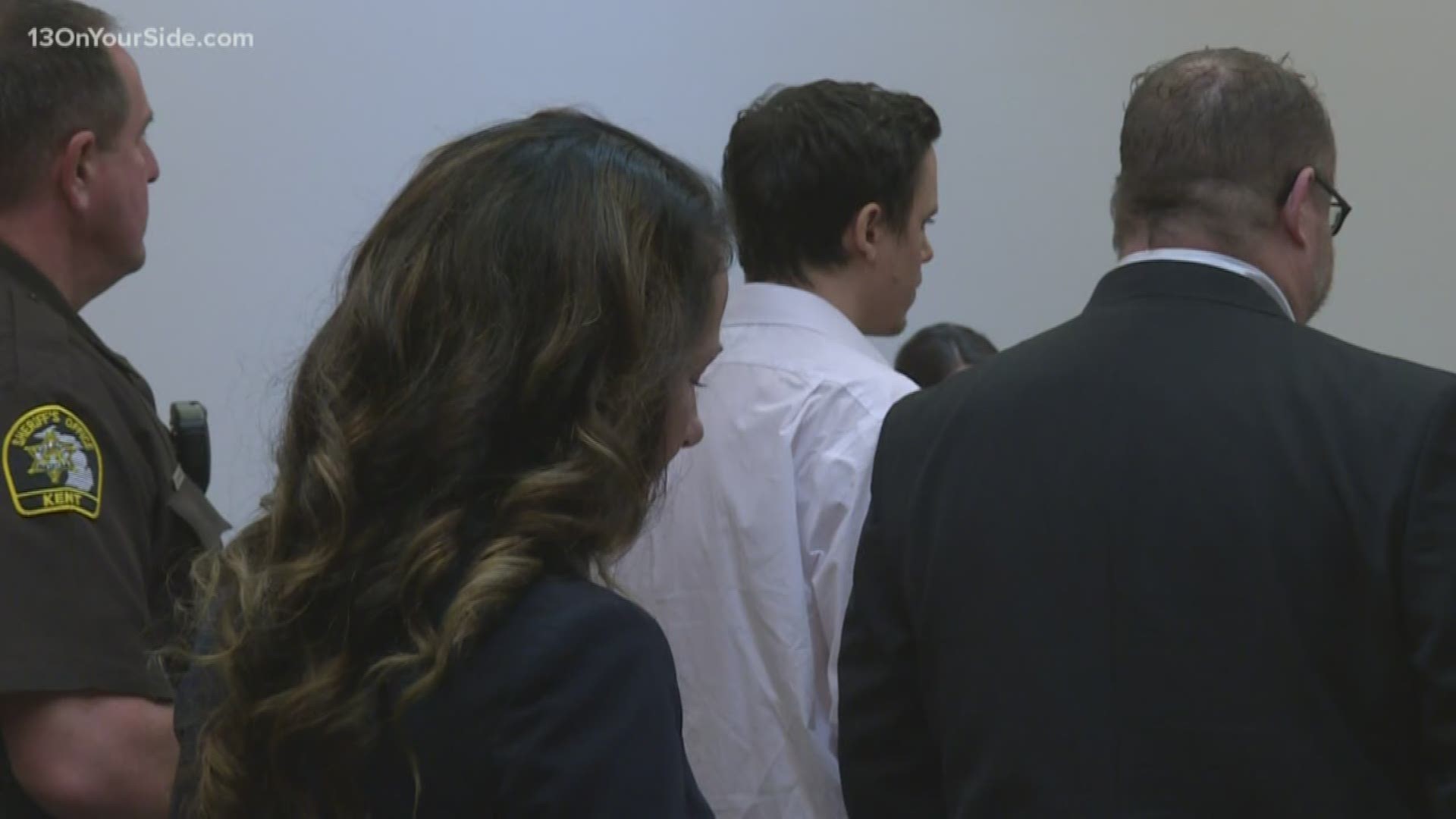 WYOMING, Mich. — A man who tried to coerce two girls into making child pornography at a Wyoming motel has pleaded guilty to several felony charges that could put him in prison for decades.

Bradley Scott Johnson was already in jail for tricking Kent County store clerks into handing over cash and cigarettes when the more serious child pornography charges were authorized in July.

One of the girls told police Johnson showed her child pornography and she was “asked to do same.’’

“You wanted them to pose in a sexual manner and engage in lewd pictures so that you could sell them. Is that correct?’’ Kent County Assistant Prosecutor Elizabeth Bartlett asked.

A judge ordered Johnson, 33, held without bond pending a sentencing hearing in November.

Johnson made headlines last December after he and his girlfriend, 33-year-old Tauna M. Parfait, were accused of getting cash from numerous Kent County gas stations by impersonating store managers.

Parfait herself handed over cash, lottery tickets and cigarettes while working at a Citgo station on 76th Street SW, court records show.

She told police that Johnson planned the theft and that the money and winning lottery tickets “were used to buy gas, food and crack for the two of them,’’ a Kent County detective wrote in court records.

On other occasions, Johnson went into gas stations saying he was sent by the owner or was a store manager. He got away with cash and cigarettes. He was charged with thefts in Cedar Springs, Caledonia and Alpine Township.

Johnson last week pleaded guilty to stealing a pizza delivery car and fleeing police. In exchange for his pleas, five other cases were dismissed. Some of the cases against Parfait have also been resolved.

No plea offer was made in the Wyoming motel case; Parfait is listed in court records as a co-defendant.

On Oct. 8, just before his jury trial was to get underway, Johnson told Kent County Circuit Court Judge Curt Benson he wanted to plead guilty to the six charges.

They include child sexually abusive activity, a 20-year felony, and two counts of second-degree criminal sexual conduct, which carries a 15-year term.

Bartlett read over each of the charges and asked Johnson if the allegations were accurate. “Yes ma’am,’’ he responded.

He admitted to carrying out the crimes at the Grand Rapids Inn on 28th Street SW in early December of 2018.

“Specifically, you tried to talk an eight-year-old child into posing in positions that are sexual in nature so that you could put them online, or sell them?’’ Bartlett asked. “Yes ma’am,’’ he responded.

Johnson agreed that he sexually touched the eight-year-old girl in the motel room.

He admitted to having sexually-explicit images of children on his phone and to conducting internet searches on topics related to child sex trafficking. Searches included “how do people find a young girl that is for sale.’’ 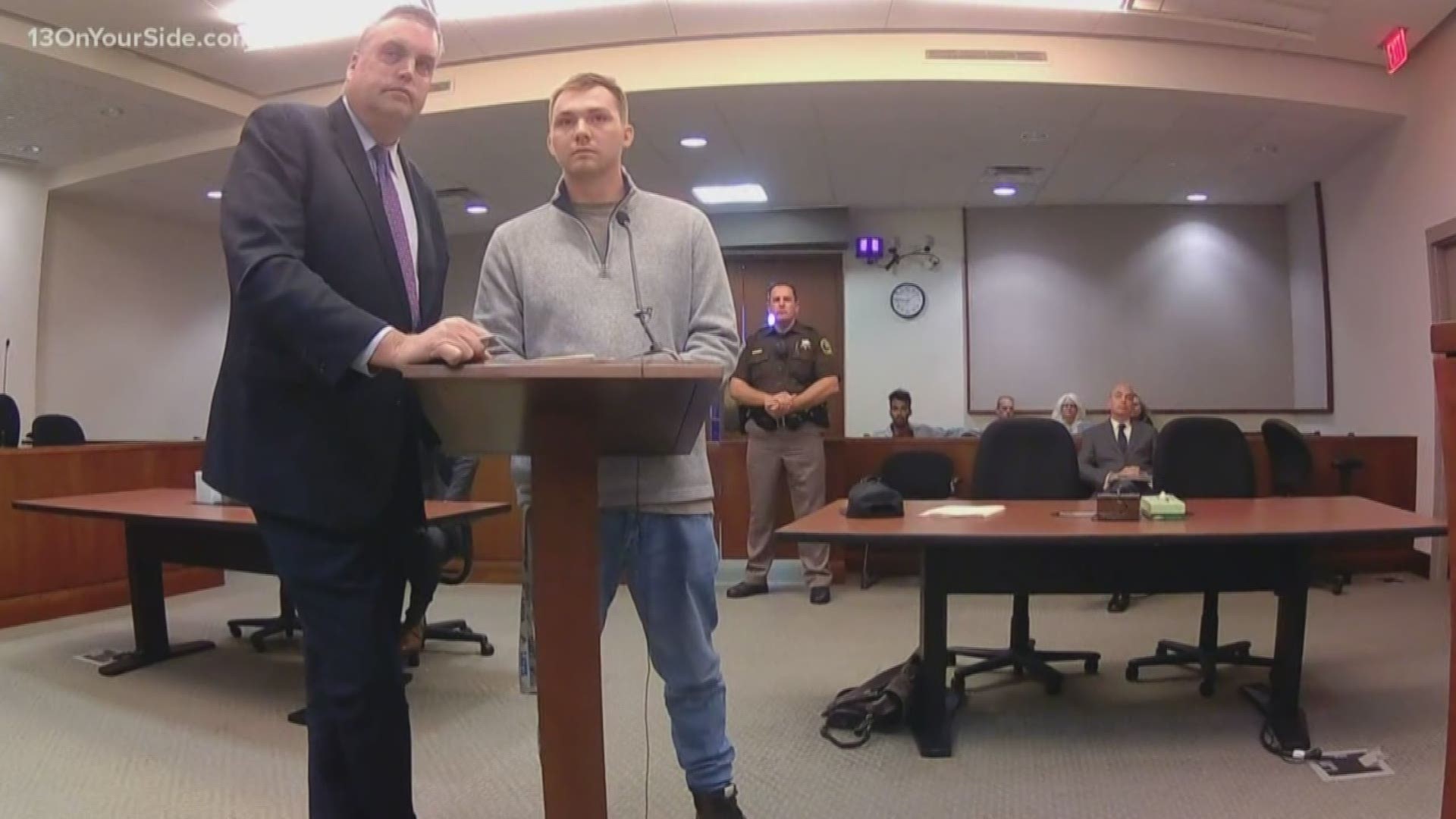