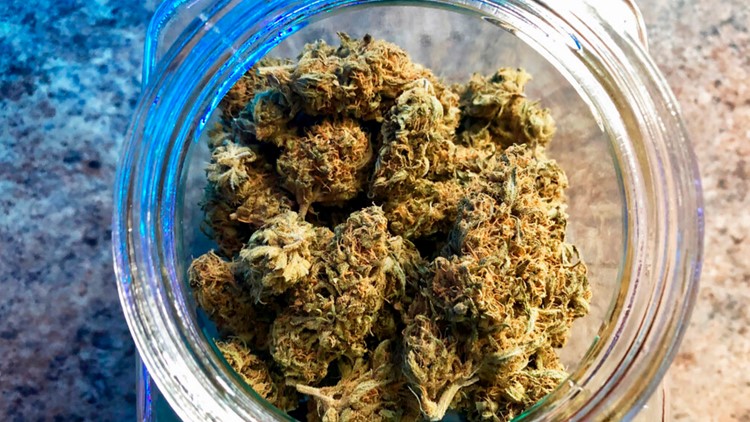 Photo by: AP
In this April 8, 2019, photo, a jar of medical marijuana sits on the counter at Western Oregon Dispensary in Sherwood, Ore. The dispensary is one of two medical-only marijuana dispensaries left in Oregon. An Associated Press analysis has found existing medical marijuana programs take a hit when states legalize cannabis for all adults. (AP Photo/Gillian Flaccus)

Man with pot shops around Michigan gets long prison term

GRAND RAPIDS, Mich. — A Lansing man who owned medical marijuana shops around Michigan has been sentenced to nearly 16 years in federal prison.

Marijuana has been legal in Michigan to ease the effects of certain illnesses, long before recreational marijuana was approved in 2018.

The government says Trevino can possess small amounts of marijuana with his own medical marijuana card, but that his criminal record prevents him from being a registered caregiver who can grow pot for others.

He was convicted of a marijuana conspiracy, among other crimes.