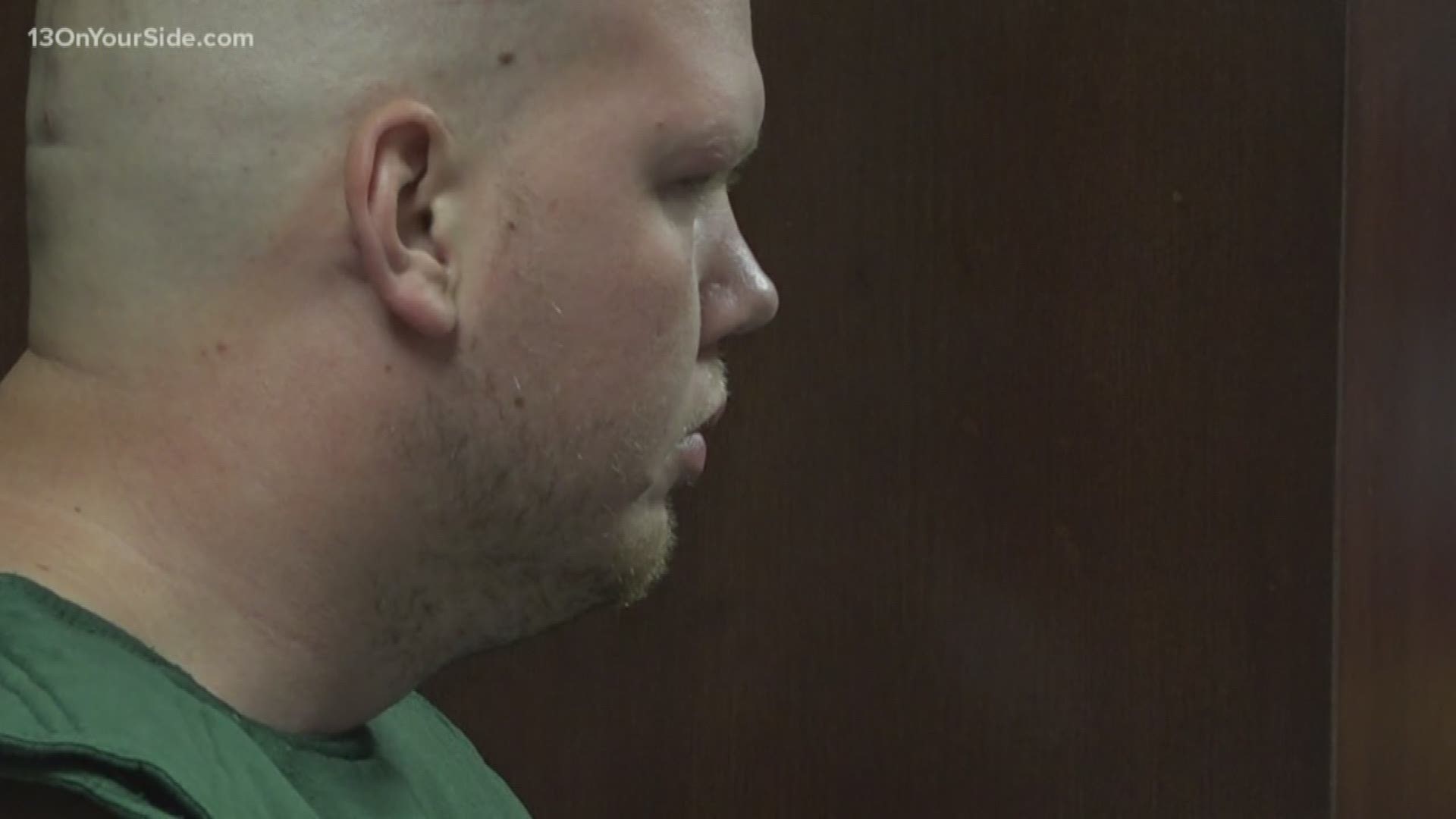 MUSKEGON, Mich. — The man who is accused of killing Evan Yonker, 28, then fleeing police by running into Lake Michigan was charged with open murder and unlawful imprisonment.

Police say Berry waited for Yonker to arrive at his home before shooting Yonker with his own shotgun. Berry "knowingly restrain[ed]" Chelsi Allan when he fled the scene after the alleged murder, according to the criminal complaint.

The 27-year-old is also charged with two counts of felony firearm and being a four-time habitual offender with a history of property crimes in Kent and Ottawa counties.

"This appears to fueled by Mr. Berry's jealousy or resentment that he had broken up with Ms. Allen and that she was now in a relationship with Mr. Yonker," said Matt Roberts, chief trial attorney in the Muskegon County Prosecutor's Office.

On Thursday, the Muskegon County Sheriff's Office responded to a home in Twin Lake for a call about a suicidal 27-year-old man. While police were heading to the scene, dispatch told them the same man reportedly shot someone and left for Grand Haven.

Police tracked Berry to Grand Haven. He left his clothes on the south pier at Grand Haven State Park and ran into the water with just his underwear on.

Authorities on patrol boats followed Berry in the water. He was swimming in Lake Michigan for about 45 minutes to an hour about a mile off shore where the water was 54 degrees.

The Ottawa County Sheriff's Office pulled the man from the water around 12:30 p.m. and took him into custody.