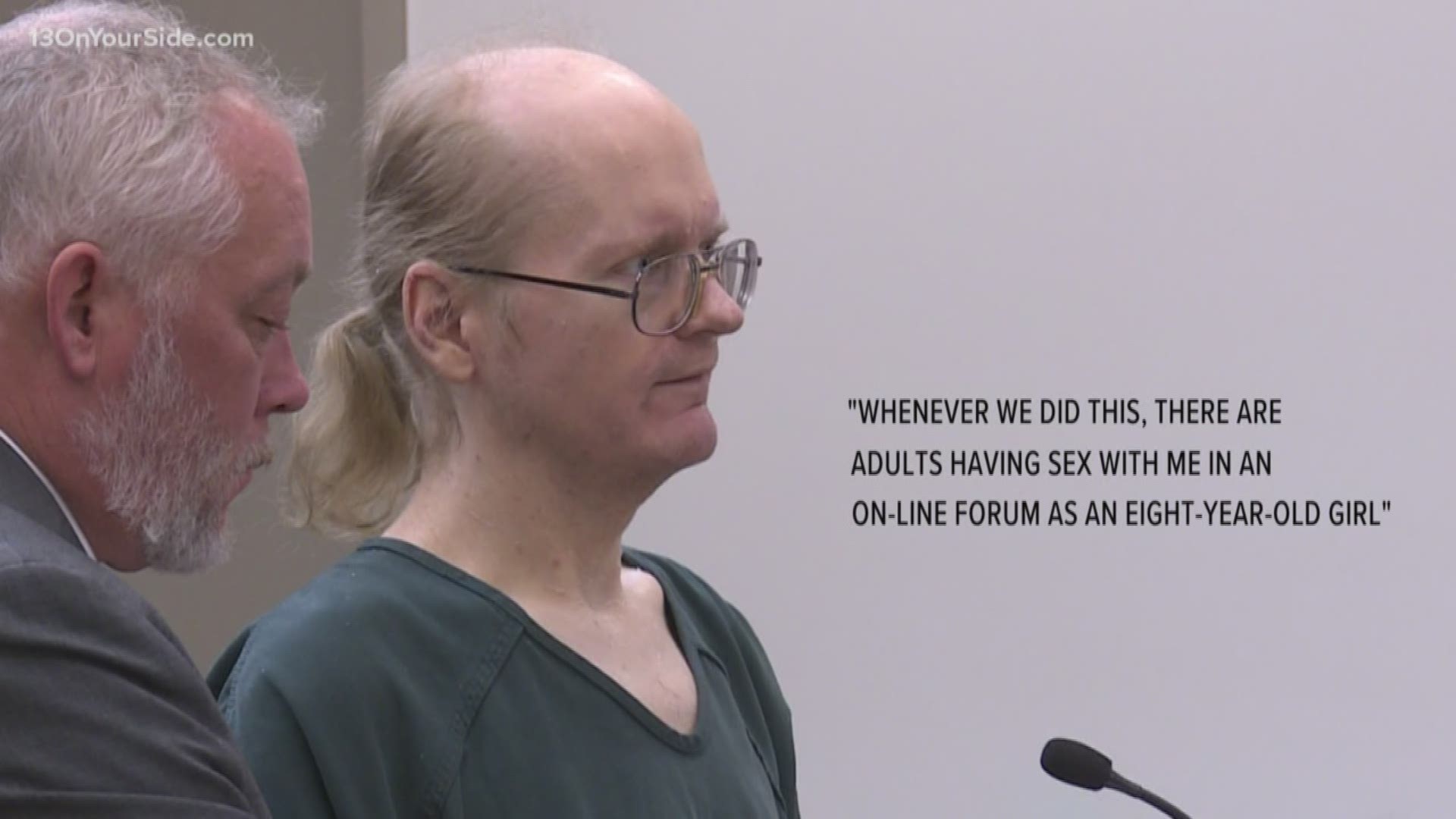 GRAND RAPIDS, Mich. — A convicted sex offender who says he identifies as an eight-year-old girl will spend at least a decade in prison for dozens of images of child pornography found on his home computer.

Joseph Gobrick, 45, claims the images were computer-animated and protected under the First Amendment.

But police said eight child victims were identified in the pornography recovered from Gobrick’s computer.

Some of the images depicted children between the ages of infant and five years old being sexually assaulted, court records show.

RELATED: Man with ‘attraction to children’ gets probation for having child pornography

“Even during the trial, the defendant continued to draw, talking about raping babies in the Kent County Jail and making other statements about how this is his constitutional right to continue to do so," Helmer said.

“Based on everything he’s said and done, including bragging about what he was drawing in his cell, he obviously doesn’t think child sexually abusive material is wrong,’’ Denenfeld said. “This isn’t just virtual stuff; this is also real people being harmed.’’

The case was bizarre, to be sure. At a bench trial, Gobrick fired his court-appointed attorney and opted to represent himself.

He argued the images found on his computer were created using an image manipulating program. He also said the images were protected under the First Amendment.

Denenfeld found him guilty on three counts of child sexually abusive commercial activity and using a computer to commit a crime.

Gobrick continued to maintain his innocence at sentencing and challenged the legality of his prosecution.

“Under the law, Auschwitz was legal,’’ Gobrick said, in an apparent reference to the Nazi concentration camp in southern Poland. “What you’re doing here is wrong, just as Auschwitz was.’’

Gobrick, a convicted sex offender from New York, was arrested in 2018 after a 17-year-old Ohio girl listed as endangered/missing was found at his Grand Rapids home.

During that investigation, the child pornography was found on his computer.
Gobrick, who has a 2001 sexual abuse conviction out of New York, contends he is not sexually attracted to children.

“I would no sooner have sex with a child than you would with a rattlesnake,’’ he told the judge. “It’s just not safe.’’