A Grand Rapids man who admitted to tossing water balloons into a crowd of Donald Trump supporters pleaded guilty Thursday to creating a disturbance. Robert Truax Jr., 20, says he might do it again. 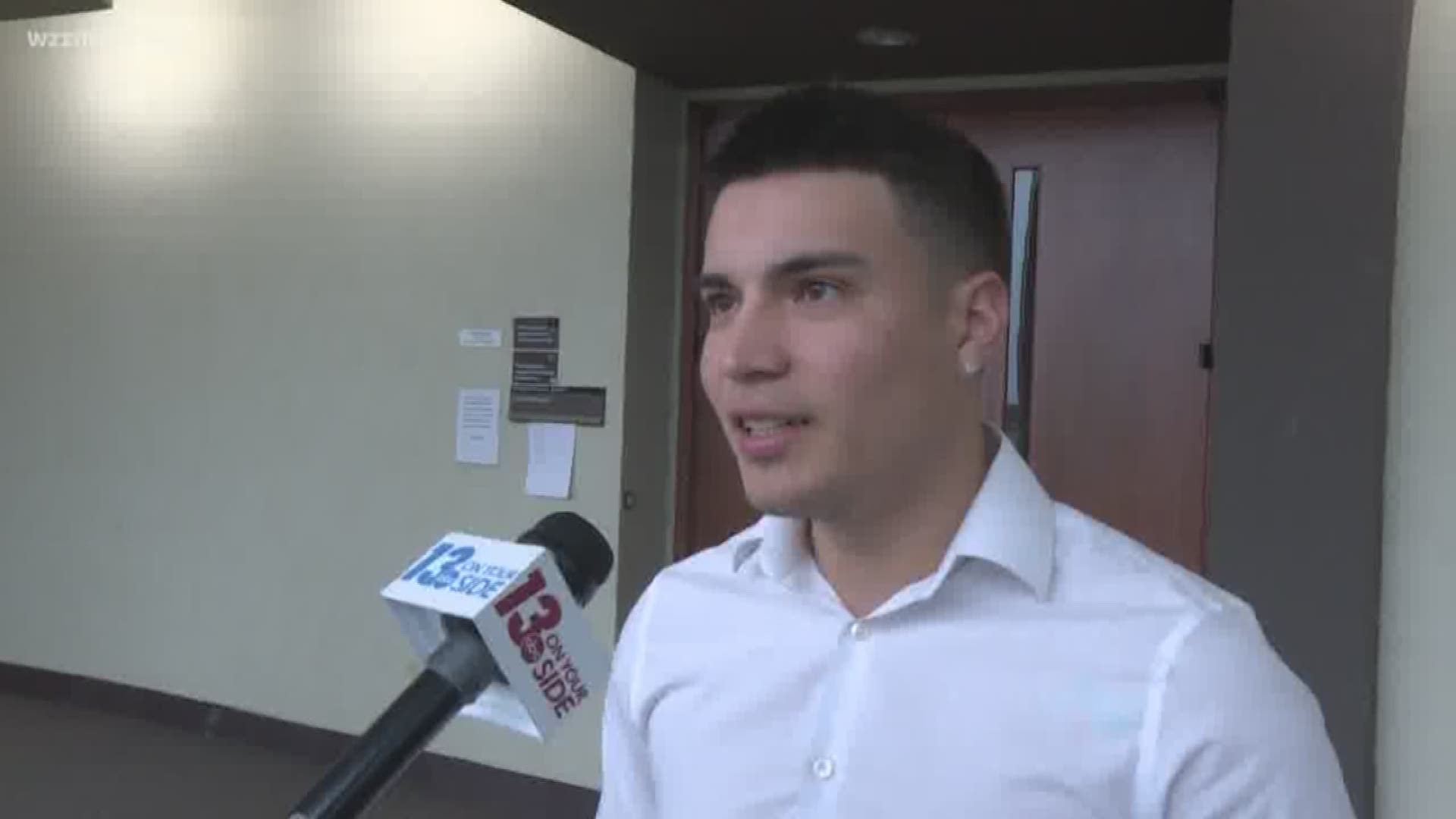 GRAND RAPIDS, Mich. — A Grand Rapids man who admitted to tossing water balloons into a crowd of President Donald Trump supporters pleaded guilty Thursday to a misdemeanor charge and says he might do it again.

“Actions are going to be louder than words these days,’’ a grinning Robert Dale Truax Jr. said after his appearance in Grand Rapids District Court. “Try to get three water balloons out this time. I only got out two.’’

Truax pitched the two water balloons into a sea of people gathered outside Van Andel Arena on March 28 as Trump addressed supporters inside. No injuries were reported.

“Even though in this gentleman’s mind it might seem as if it was harmless, it certainly can get someone injured,’’ Grand Rapids Police Sgt. Cathy Williams said. “And we’re not going to allow that to happen.’’

Truax, 20, had the entire incident recorded. He posted it to his YouTube page under the heading: "Getting arrested at the Trump rally.’’

The profanity-laced video makes it clear that Truax does not care for Trump.

Truax was charged with creating a disturbance in a public place.  He pleaded guilty Thursday to the misdemeanor charge, which is punishable by up to 90 days in jail and a $500 fine.

Truax, who says he is unemployed, returns to court for sentencing next month.

“I was trying to stand up for the people who are just against the president,’’ he said Thursday outside the 8th floor courtroom. “In a way his supporters are just like him. I did what I had to do.’’

Truax showed up at the rally “with the intention of getting arrested,’’ police said.

“It wasn’t going to be long before he was spotted and we moved in quickly to arrest him and remove him from that crowd,’’ Williams said.

Truax was one of two people arrested during the Trump visit. Matthew James Harrington, 32, has a court hearing Friday, April 5 for creating a disturbance. Police say Harrington was trying to pick fights with people in the crowd.

When asked about the people who may have been struck by the water balloons, Truax offered this: “I’m sorry that I got you wet, but you should have brought a long-sleeve to keep a little bit warm.’’

Creating a disturbance in an emotionally-charged crowd is never a good idea, Williams said.

“Not only can you hit someone and injure them, but also you can incite panic in a group,’’ Williams said. "And someone can be inadvertently hurt by people trying to move out of the way. Running, or trampled.’’

Truax justified his actions, even invoking the name of Malcolm X, a popular figure during the civil rights movement who was assassinated in 1965.

“I mean, people are always going to bring down the negative side of people speaking up and doing something,’’ he said. “Just like Malcolm X. Some people consider that man a very violent person, but in a way, I do believe he did something right.’’