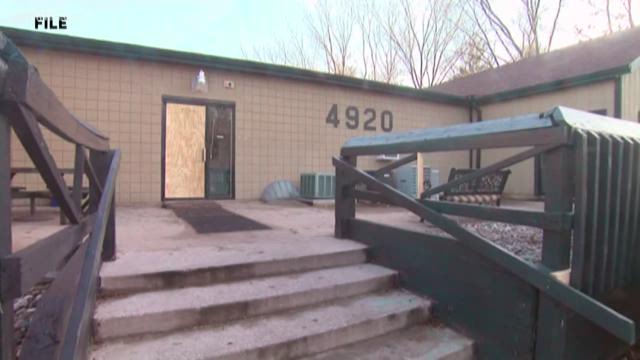 “The purpose of this business was to sell marijuana, and sell they did,’’ Kent County Assistant Prosecutor Gregory Boer said in opening statements. “Hundreds of thousands of dollars passed through this business in just a short period of time. And if we extrapolate out, you will see that this was a multi-million-dollar marijuana business.’’

The Provision Center was among seven locations visited by the Kent Area Narcotics Enforcement Team on Nov. 28.

Defense attorney Michael Komorn says Bond did nothing illegal. He says the investigation was launched after Bond called police to report embezzlement from her business.

“And they flip it around and make it a mobster crime,’’ Komorn told jurors in opening statements. “At no point are you going to hear that my client delivered marijuana to anybody.’’

Members of the Kent Area Narcotics Enforcement Team launched the probe in the summer of 2016. Officers watching the business noted people coming and going throughout the day.

An undercover informant entered the business and bought three grams of marijuana for $30, Boer told jurors. In all, six undercover buys took place through the fall of 2016, he said.

“The defendant participated in the affairs of this enterprise through a pattern of racketeering activity involving the delivery of marijuana,’’ Boer said. “The evidence will show that the defendant hired people to sell marijuana at her business.’’

Komorn made an unsuccessful attempt to have the case thrown out. He contends Bond is immune from prosecution because there is no evidence of illegal sales.

“The state is not going to prove its case because they are never going to be able to establish the underlying requirement that an illegal delivery occurred,’’ Komorn said. “At no point in time are you going to hear she was physically possessing marijuana.’’

In addition to racketeering and conducting a criminal enterprise, Bond faces two counts of delivery/manufacture of marijuana, a four-year felony, and maintaining a drug house, which carries a two-year term.