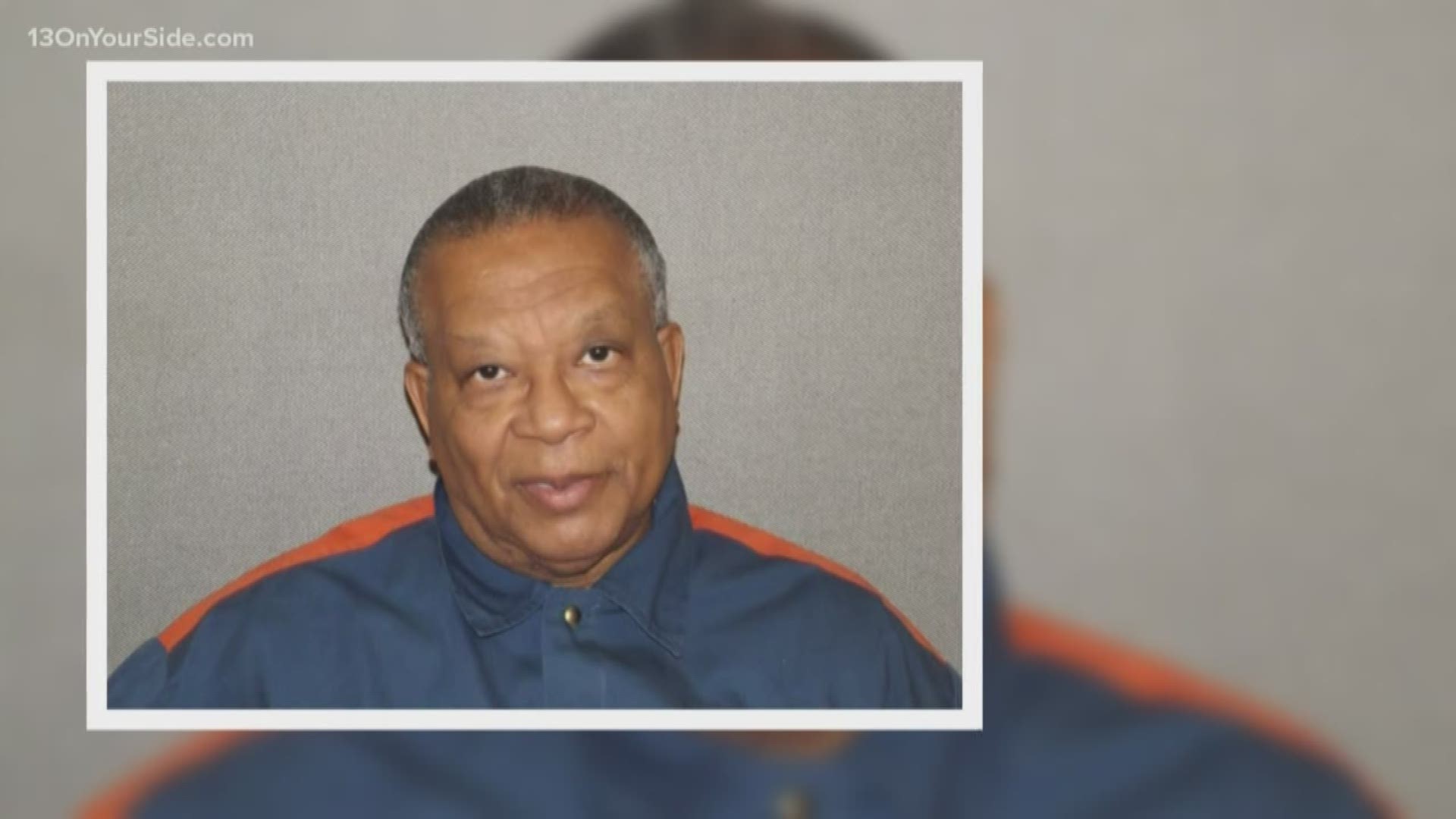 More than two decades ago, a Genesee County man sold weed to an informant. Michael Thompson, 68, has served his time for that crime, but his prior record and the discovery of guns on his property could keep him in prison until at least 2038. Thousands of people are now calling on Michigan's governor to commute that sentence.

On Wednesday, Governor Gretchen Whitmer will receive the official pardon request on behalf of Thompson, who was sentenced in 1996 to 15 years for marijuana charges and a concurrent sentence of at least 42 years for the weapons charges.

Thompson's case has caught the attention of nationally known criminal and social justice activist Shaun King, Kim Kardashian and a Cleveland-based attorney, who took on the case immediately after reading it last spring.

"This case was never about guns. It's always been about the marijuana sale," said Kimberly Corral, of Patituce & Associates LLC.

The firearms were found during a search of Thompson's home and at a stash house he had access to. Corral said she would have handled the case differently two decades earlier.

"At this point, we are not in a position to challenge the facts of the case, like legally, there is no way to even raise this again. He has exhausted his appeals," she said. "We are just trying to say: 'this person has never hurt anyone, he's never committed violent felonies, absent this drug charge — he wouldn't be there.'"

Corral will submit a pardon request on Jan. 29 exactly two years since Thompson's last request, which was denied by the parole board and former governor Rick Snyder. State law requires inmates to wait two years before applying again.

Thompson has more than 20,000 letters of support, according to Corral. Most of those letters have already been submitted directly to the governor's email through a website created in Thompson's name by King.

"It's really beautiful to see someone feel seen, who has been forgotten about for a very long time," Corral said of Thompson, who is currently housed in the Muskegon Correctional Facility. "He is really hopeful, which hope is dangerous in prison."

Chris Gautz, a spokesperson for the Michigan Department of Corrections, said this unusually long sentence comes as a result of Thompson's prior drug related felonies.

"They were able to charge him as a habitual offender, which means they can add on increased years to his sentence," Gautz said.

Gautz said Thompson has a 'remarkable' prison record with only two tickets for low level issues in the last nearly 25 years.

"Some prisoners, who maybe aren't as well adjusted, might have two tickets in a week, so to only have two in two decades is a pretty small number," Gautz said.

Following the public hearing and subsequent review, the parole board will provide Whitmer with a final recommendation if the case warrants commutation along with a full report of their investigation. Whitmer then has the final say and can make the decision at her own discretion.

"I am confident that this case is very clear, that the governor knows what the right thing to do is and that she will do the right thing," Corral said.

The hope, Corral said, is that Thompson will be out in time for the birthday party they plan to throw him in April. Gautz said the process can take anywhere from 4 to 8 months, sometimes even longer.

In a statement, a spokesperson for Governor Whitmer's office wrote: "If recommended to our office by the Parole Board, this is something we will review closely.”