Authorities say Toppen was in court for an arraignment Wednesday, Nov. 21 in Holland via video. He faces charges including open murder for the infants death. 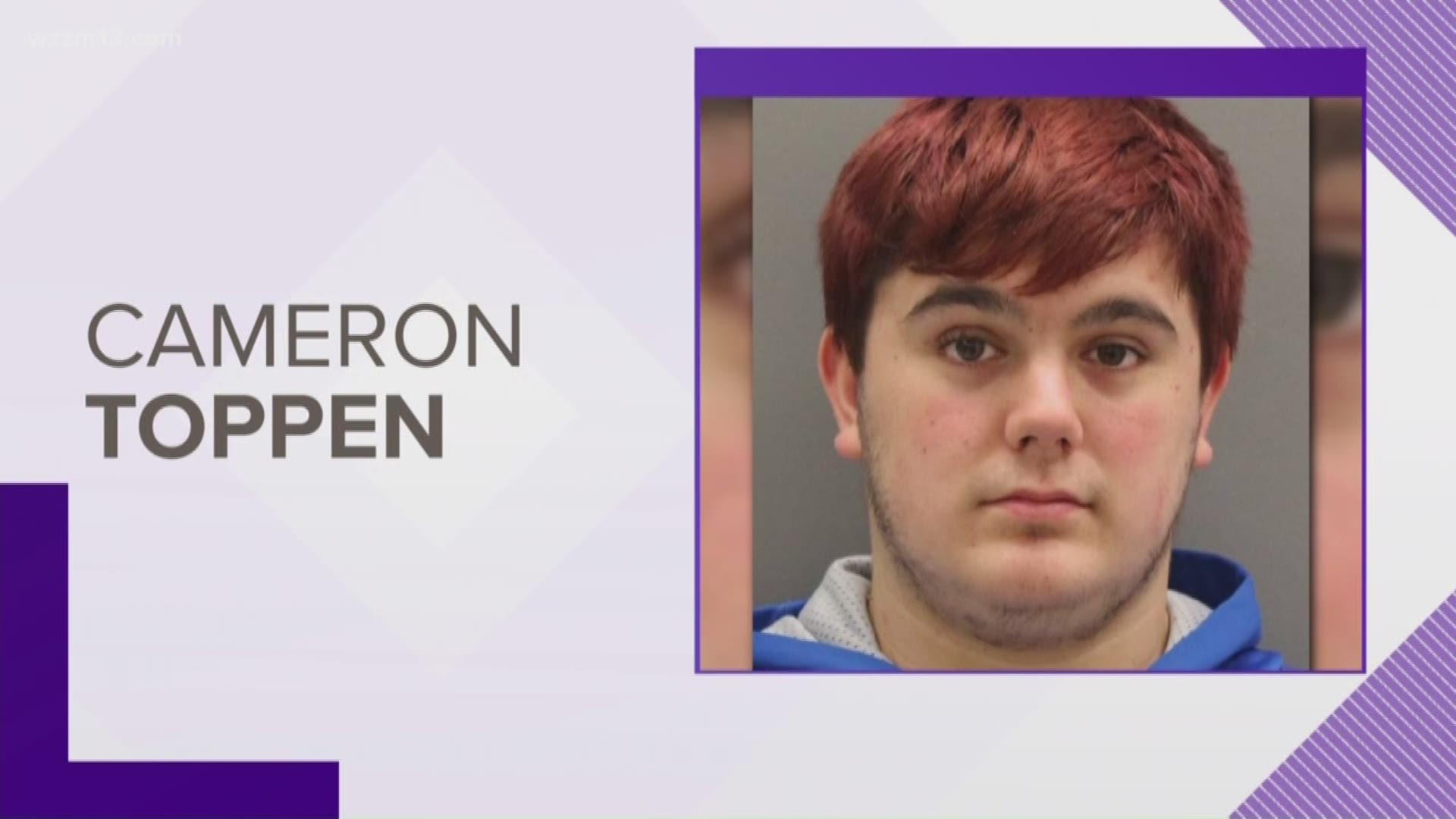 OTTAWA COUNTRY, Mich.- Cameron Toppen, 19, has been charged with murder in the death of an 8-month old girl in Ottawa County.

Authorities say Toppen was in court for an arraignment Wednesday, Nov. 21 in Holland via video. He faces charges including felony murder for the infants death.

Police say Scarlett Rae-Marie Burroughs died in his care. On Nov. 15 around 2 p.m., the Ottawa County Sheriff's Office responded to a medical call on Dogwood Court, which indicated that the baby had a seizure. She was transported to the Helen DeVos Children's Hospital in Grand Rapids. Police say she died from cranio cerebral trauma or shaken baby syndrome.

Police arrested Toppen on Tuesday for open murder. He is the boyfriend of Scarlett Burroughs' mother. He had been babysitting the girl while her mother was working.

Authorities have identified Cameron Toppen as the suspect in the murder of 8-month-old Scarlet Rae-Marie Burroughs. Hear from the infant's family tonight on 13 ON YOUR SIDE at 6. @wzzm13 pic.twitter.com/z8woRgoIKV