The responding officer noted in his police report that Mary Anne Welch's cheeks and eyes were 'sunken into her head.' 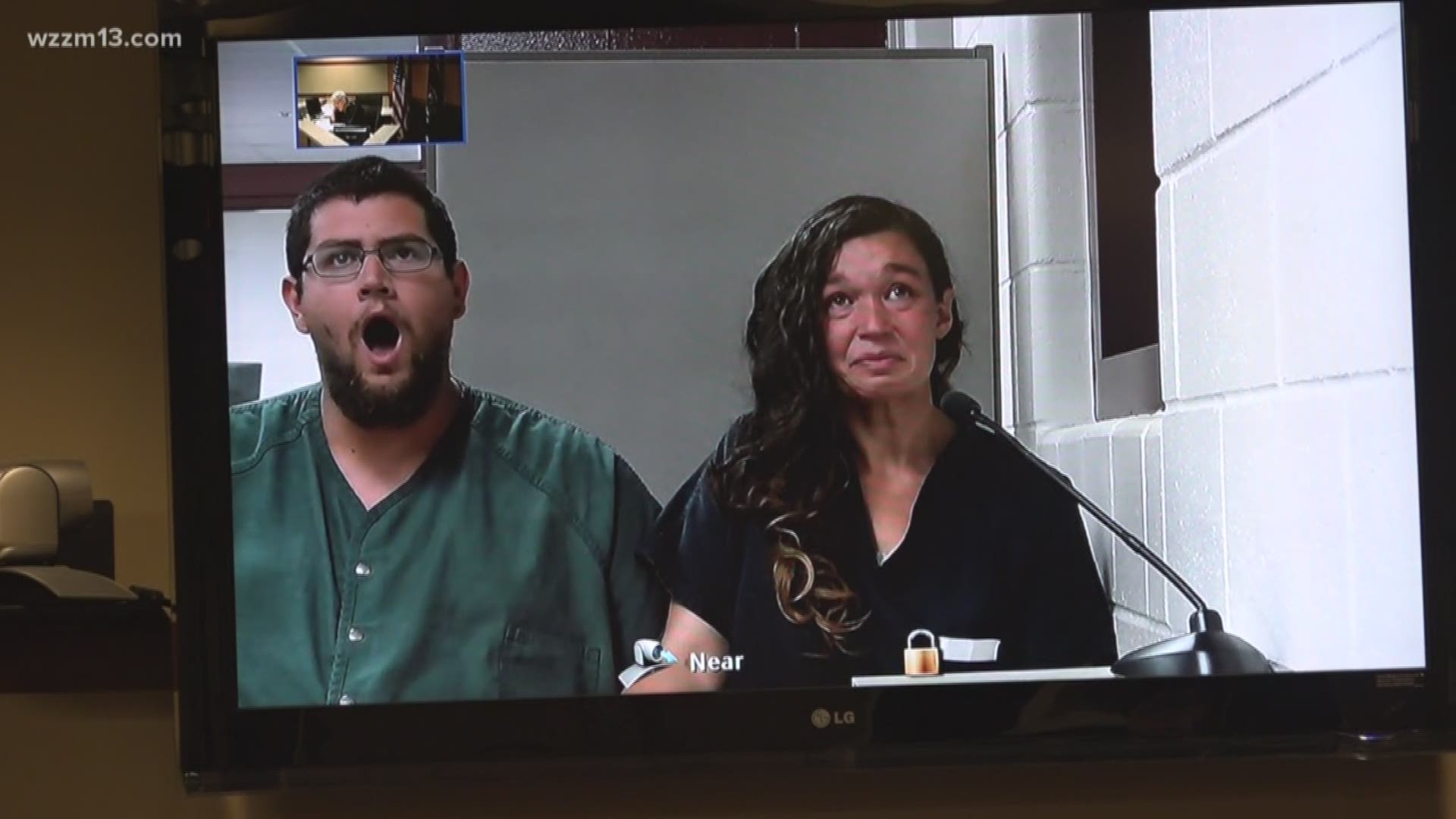 Welch called police on Aug. 2 saying he had found his 10-month-old daughter dead in her crib at the family's home near Cedar Springs, according to court records. The responding officer noted in his police report that Mary Anne Welch's cheeks and eyes were "sunken into her head."

Welch, 27, and his wife who is also Mary's mother, Tatiana Fusari, 27, were brought in for questioning where they admitted to noticing their daughter's skinny appearance as early as a month prior.

Fusari told police they failed to seek medical care for their daughter "for fear of having Child Protective Services called, lack of faith and trust in medical services and religious reasons."

The autopsy came back Friday, Aug. 3, indicating the baby girl died from malnutrition and dehydration. Both parents were then taken into custody and remain in Kent County Jail, which is where they were arraigned from Monday afternoon.

63rd District Court Judge Sara J. Smolenski arraigned the couple together, but she clarified the remainder of their cases would be handled separately. Fusari appeared to be holding onto her husband's arm throughout the hearing, breaking into sobs as the charges were read.

Judge Smolenski denied Fusari's request for a personal release bond in order to continue working at a Cedar Springs McDonald's. When asked, Welch said his fulltime job was running their farm.

Welch and Fusari have two other children together, a 2-year-old and 4-year-old; both children are currently with Welch's parents. Judge Smolenski ordered the couple to have no contact with their other children. Welch told the judge he also has an 8-year-old child.

As the hearing wrapped up, Smolenski asked if Welch had any questions to which he replied, "There's a lot I could say," before the judge cut him off advising him to talk to an attorney.

Welch has a rather active Facebook page, where he frequently expressed personal views and most recently, posted about his daughter's death.

The couple will be back in court Aug. 20.